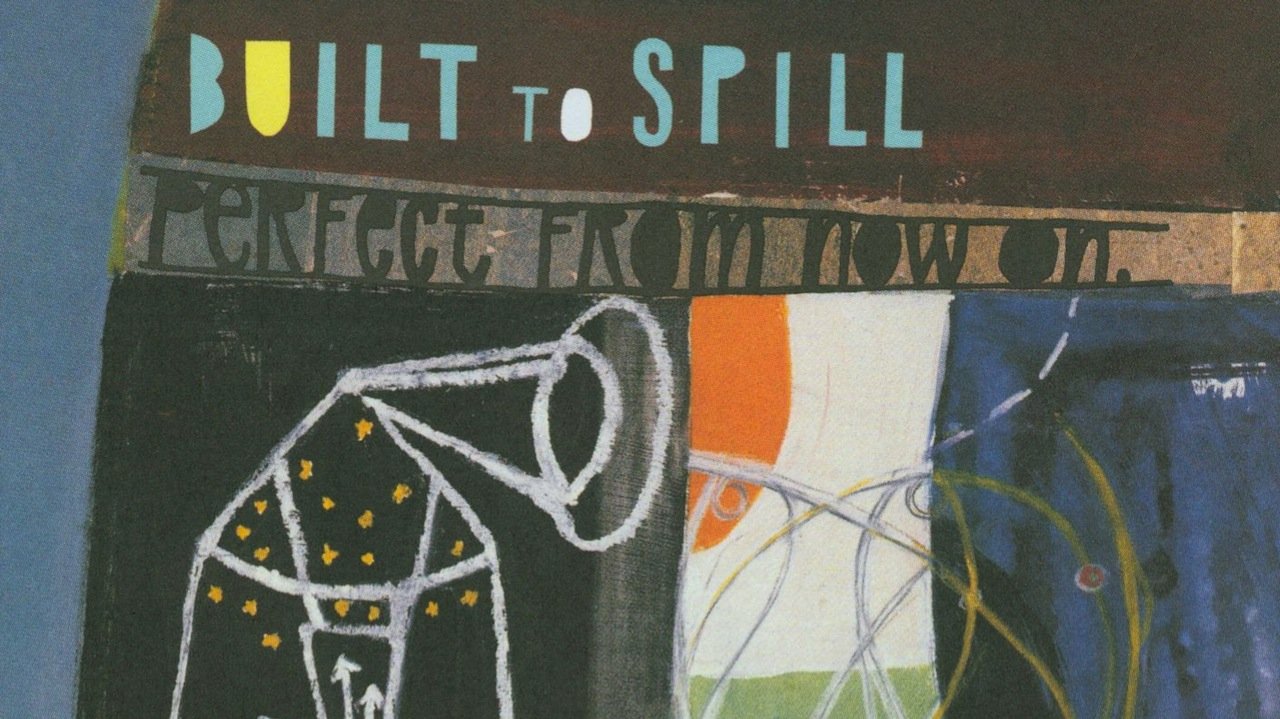 Maintaining a perfect lifestyle is an impossible feat, no matter how much you lie to yourself. It’s a pressure many experience when they seek to eliminate stress or confusion from their lives, even though both are inevitable. Conquering challenges from both thorns is the key ingredient to gaining wisdom and the ambition to search beyond what’s expected, even if it’s pointless.

Doug Martsch, chief songwriter behind Built to Spill, thinks beyond the status quo and is far from perfect. His pen dissects his insecurities and curiosities, and his guitar gives them life. As a listener, this makes their music feel intimate and special. Martch’s lyrical confessions sound like conversations you would have over a beer. The band’s performance gives them their own venue to inhabit, resembling anything from a basement punk show to a high hilltop that opens to a sky filled with bright stars. Martsch proves you can really sing about anything and paint a gorgeous musical picture. 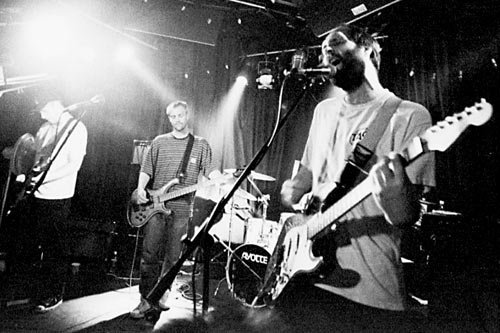 When Martsch screams “I want to be perfect from now on; I want to be perfect starting now” in Perfect From Now On’s opener, “Randy Described Eternity”, it’s uncertain if he is giving up, being sarcastic, or a little of both. The lyric is delivered after singing about a life theory he heard from a leader of his Christian youth group—

Ten times the size of Jupiter

Floats just a few yards past the earth

You climb on your roof

And take a swipe at it

With a single feather

Hit it once every thousand years

’til you’ve worn it down

To the size of a pea

But it’s only half a blink

In the place you’re gonna be 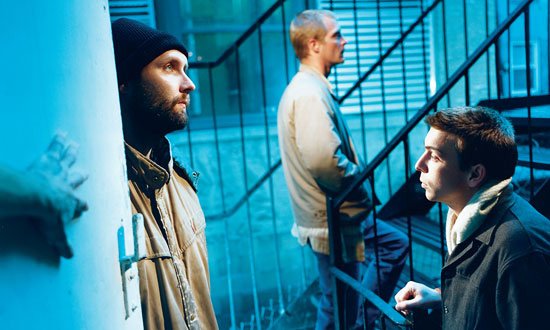 The phrase sets the stage perfectly for the cosmic galaxy Built to Spill constructs within their third album, Perfect From Now On. The album was their major label debut and given the largest budget to date. It proves the band was the antithesis of selling out— they could have made something to appease a mainstream audience. Instead, they made a lush, expansive album they wanted to hear.

Most of its songs are sprawling song collages lasting over six minutes and packed with guitar symphonies that refuse to sit still. Listening to it inspires you to think deeply and challenge the boundaries of the universe. It was recorded three times before landing on a final product, and while it was frustrating to end, its legacy still holds true today.

Built to Spill was never meant to be what they became. Doug Martsch started Built to Spill upon departure from Treepeople, his previous band also based in Boise and Seattle, and was intended to be a project composed of rotating lineups. Its debut, Ultimate Alternative Wavers, was recorded with Brett Nelson and Ralf Youtz and is filled with lo-fi charm and introspective, emo lyrics. Lyrically, it’s best summarized as a gasoline rainbow, as sang on “Nowhere Nothing Fuckup”, meaning the future isn’t as bright as one would imagine. The album hosts many elements featured on Perfect from Now On but didn’t earn them much acclaim. This inspired Martsch to create its follow-up with an approachable and upbeat pallet.

There’s Nothing Wrong with Love was released with impeccable timing. In 1994, Nirvana had severed ties, and rockers had grown tired of the grunge movement. Everyone was looking for what the northwest indie scene would offer next, and they ate up Built to Spill’s punky new album. Martsch donates the same confusion and sadness in his lyrics found on Ultimate Alternative Wavers but with fun instrumentation that help you ignore the weight of their meaning.

The album features clean and mastered songwriting by Martsch that is still eye-opening today. “Cleo” walks listeners through his wife’s pregnancy with their first child from sonogram to birth. “Big Dipper” provides a simple and perfect metaphor for viewing the world differently, as Martsch sees the Big Dipper as a “brontosaurus laying on its side”. “Car”, one of the most celebrated songs in the BtS catalog, is an encouraging ode to finding those goofy realizations and shows the songwriter’s excitement for discovering answers to life’s mysteries. These songs would come of great inspiration to Seattle-based acts to follow, including Modest Mouse (who were close friends and went on their first tour with BtS) and Death Cab for Cutie.

That curiosity caught ears of major label heads, making Built to Spill more desirable than ever. Warner Bros. proposed a multi-album recording contract, and Martsch accepted for its wholesome payout, allowing him to make music a full-time gig and provide health insurance for his family. Still, he was nervous to enter the studio again. In an interview with Spin, he said, “That was the last record where I was able to [write] without thinking a lot of people would hear it. It makes a difference. I’d like to think it doesn’t matter, but it does.”

To process it all, Martsch chose to slow down Built to Spill’s trajectory and explore a psychedelic sound on Perfect from Now On, released on January 28th, 1997. He did so by expanding their instrumental foundation beyond the ordinary rock outfit, involving Moog synthesizers, mellotron, optigan, cello, and a slew of new effects.

While the electronic instruments help the them achieve an otherworldly and futuristic sound, the cello evokes a strong emotional reaction unlike any other. Cellist John McMahon was previously used on “Fling” and “Stab on There’s Nothing Wrong with Love as a core entity and is the primary instrument those tracks. He does similarly with Perfect from Now On with“I Would Hurt a Fly” and “Stop the Show”. The rumble evoked from his cello on both of those tracks transforms the song into something so haunting and human— it’s impossible not to be sucked in.

McMahon also provides stark contrast to the band’s powerful rock momentum and gives the album numerous hints of organic texture. This can be heard best in the coda on “Unstable/Part 2 (About Someone Else)”, where the cello peeks through occasionally and is played backwards to fight against its triumphant guitar wails.

The guitar performance featured on Perfect from Now On is largely similar to our November album of the month, My Bloody Valentine’s Loveless. Some effects used were influenced by the 90s shoegaze movement, like the flanger used in “Velvet Waltz” and chaotic distortion in the conclusion of “I Would Hurt a Fly”. Not to mention, guitarist Brett Nelson and Martsch took advantage of their surplus of studio time to assure each part donated proper focus and energy. They probably weren’t obsessive as Kevin Shields, though.

That concentration donates a positive impact in the listener’s experience with the album, considering it’s loaded with unexpected twists and turns. The band’s animated string work makes listening to its multi-minute epics endlessly engaging— you can feel the adrenaline pumped through its most monumental movements. They also instill more passion behind Martsch’s passionate vocal performance. For example, you can feel the urgency when Martsch belts “Who gave you the right? Who took mine away” at the climax of “Out of Site”, thanks to the swirling and twinkling strums consuming the surface. It proves their anxiety is real, and they take it out on the instruments as a coping mechanism.

Perfect From Now On serves as Doug Martsch’s lyrical attempt to “untame [life] and break its owner”, as he sings on There’s Nothing Wrong with Love highlight, “Car”, but not all of was done purposefully. Martsch’s words are a mix between purposeful and spur-of-the-moment decisions. His first priority is to give a vocal track has strong melody then he go back and piece the lyrics together phonetically.

In an interview with American Songwriter, Martsch touched on this process, saying “Well, a lot already don’t have any meaning, [and if so], they’re more subconscious connections than actual meanings. I’m not really a storyteller or lyricist. If I could get out of the lyrics game, I would. To me, it’s important that music has singing and the singing is actual words. The words have to be at least okay— they can’t be horrible,” he said.

Martsch’s vision for Perfect from Now On largely inspired by The Beatles’ Abbey Road, especially the suite pressed on side two. He admired how each track appears a part of one, epic whole and every instrument can be heard clearly. In an interview Magnet in 2015, he discussed his initial inspiration to chase the Fab Four’s upbeat vibe, similar to There’s Nothing Wrong with Love, but broke through new territory instead.

“I wanted it to be like the Beatles—and I think if it was what I wanted it to be sonically, and if I could have played I wanted to, it would have been less interesting, conventional, maybe more popular,” he said. “But, I think what is good is that it’s kind of epic, but it’s also kind of private. It has some bigness to it, but it sounds like it was made in someone’s bedroom.”

While all of the pieces come together seamlessly on the finished cut, the recording process was severely frustrating. When Martsch debuted the first draft to friends and faily, not many people were impressed. To his surprise, Warner Bros. told him to just start over. “He said, ‘You should just scrap it and start over.’ I just spent 10,000 or 20,000 bucks—I don’t know how much money I’d spent at that point, but I’d spent more money than on every record before already,” Martsch said to Magnet. “He convinced me that I’m not going to remember the money as much as I’d remember the record.”

Tragedy struck twice after Match had recruited Brett Nelson and Scott Plouf to help him produce the album. After completing the majority of the album, the master tape started to destroy itself while being played on the reel after recording on many different machines. Surprisingly enough, they weren’t heartbroken by the loss. Brett Nelson told Magnet, “I don’t think Scott and I had a good enough feel of the music the last go-around, or understood what Doug was going for, so it seemed a little too forced and unnatural.”

Perfect From Now On is meditative and thought-provoking. After learning about its development, it proves that everyone involved was pushed to the limit and mastered their performance to avoid re-recording. The band was stuck in the Perfect from Now On’s imaginative mindset for so long that it became their first language—they inevitably became citizens of the philosophical fantasy they created.

When you drop the needle on the album, you enter a mysterious place that holds questions that still remain unanswered, but it’s invigorating. Built to Spill doesn’t command you to solve the world’s problems; they encourage you to discover solutions and become comfortable with possibly never reaching a conclusion.