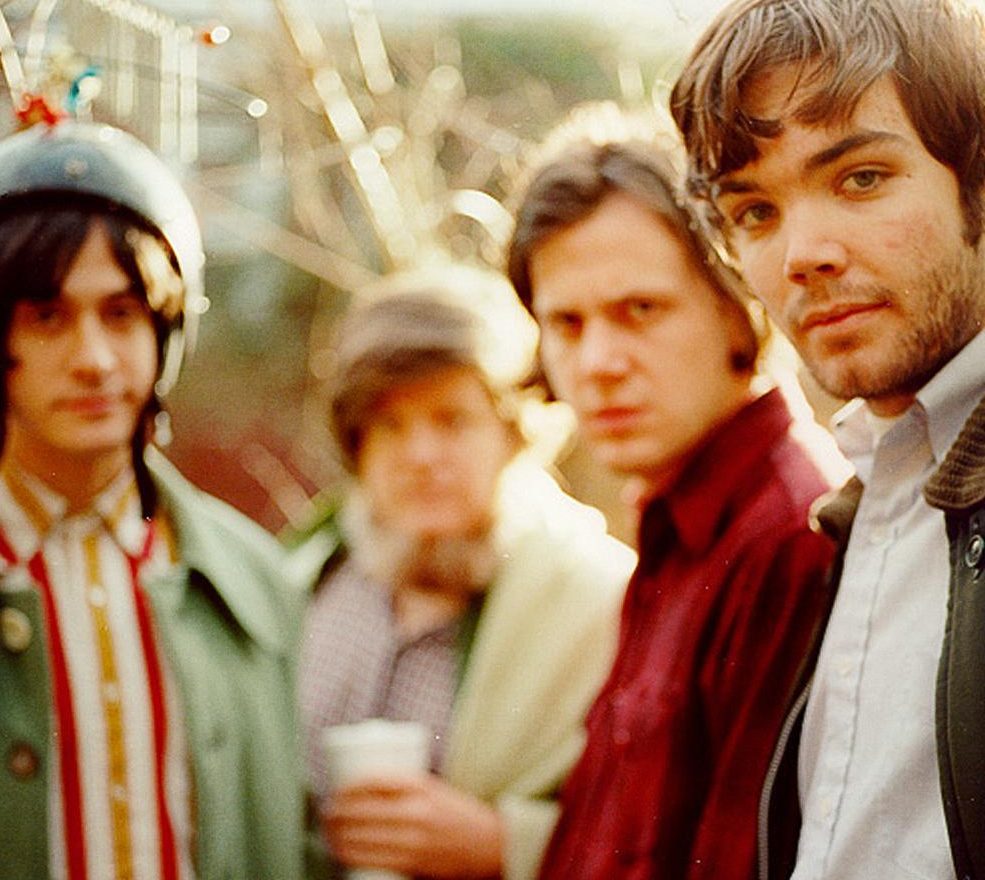 “I would go to bed every night and have dreams about having a time machine and somehow I’d have the ability to move through time and space freely, and save Anne Frank. Do you think that’s embarrassing?” – Jeff Mangum in an interview with Puncture 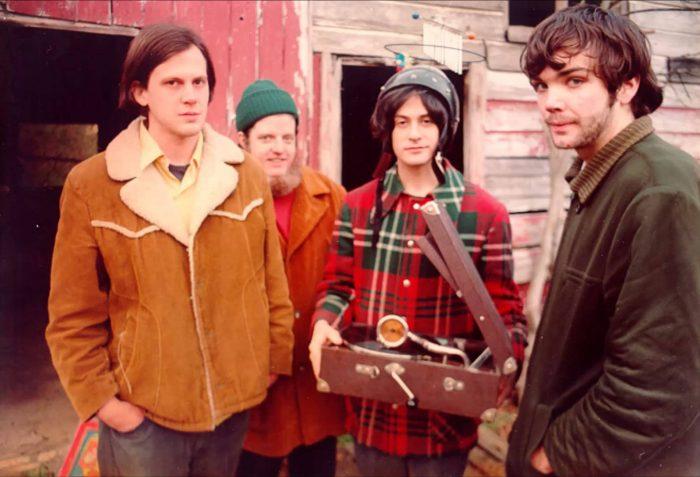 In the early ’90s, Jeff Mangum and a few friends formed a now-legendary collective called Elephant Six, which grew to encompass dozens of strangely named bands creating eclectic music mostly for their own enjoyment. In the collective’s early days the unemployed Mangum didn’t stay rooted in the their base of Athens, Georgia but instead wandered around the USA, staying in the closets of friends.

But his time was not ill spent as he started to shape Neutral Milk Hotel’s first proper releases, the 7-inch ‘Everything Is’ which came out on Cher Doll Records in 1993. A few years later in ’96 Neutrals first album ‘On Avery Island’ made its debut. This was produced by Robert Schneider of The Apples in Stereo who also backed Mangum along with Rick Benjamin of The Perry Weissman 3 and Lisa Janssen of Secret Square.

After the release of Avery Island, Neutral Milk Hotel became a fully-fledged band, as Julian Koster, Scott Spillane and Jeremy Barnes joined Mangum and based themselves in New York City. Then it was back to Elephant Six homebase in Athens and then back once again to Denver, this time to Robert Schneider’s brand new Pet Sounds Studio, to record a proper follow up to On Avery Island.

Listen: Neutral Milk Hotel ‘In the Aeroplane Over the Sea’ Musical Lead-Up Playlist

Mangum brought with him a strange source of inspiration, a book that was a middle school assignment to nearly every American his age but which he somehow managed to circumvent, “The Diary of a Young Girl” by Anne Frank. The book devoured him and after reading it he spent days crying over the story and fate of the Holocaust victim. 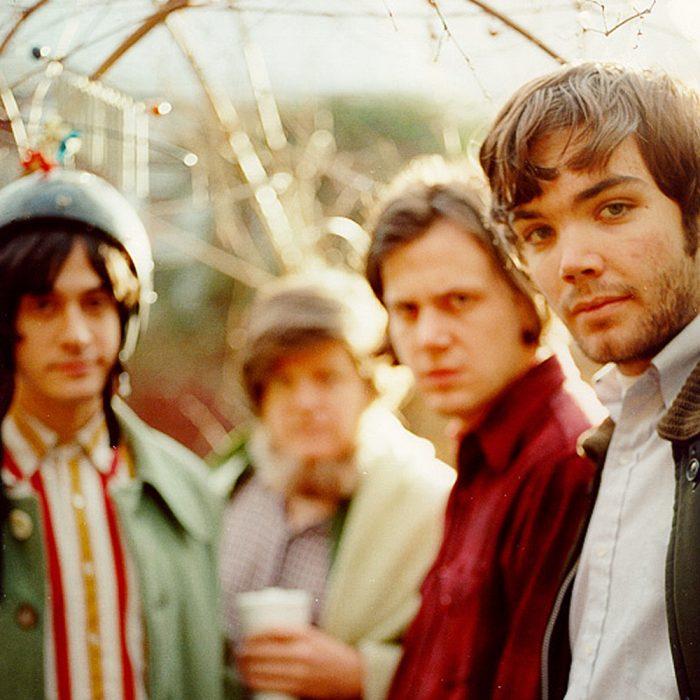 As he told a Puncture magazine interviewer before Aeroplane‘s release, “I would go to bed every night and have dreams about having a time machine and somehow I’d have the ability to move through time and space freely, and save Anne Frank. Do you think that’s embarrassing?” The songs and lyrics he started writing about Frank could be so nightmarish in vision that Mangum grew afraid of what was issuing from his brain: verses about “pianos filled with flames” and eating “tomatoes and radio wires.” At times, he seems possessed, singing on Aeroplane‘s title track, “Anna’s ghost all around/ Hear her voice as it’s rolling and ringing through me.”

When ‘In the Aeroplane Over the Sea’ was originally released in 1998 on Merge Records, it wasn’t initially met with the widespread positive response it is often met with today. In other words, it wasn’t an immediate success. Of course, at that time there weren’t any cool indie blogs like Pitchfork so it took several months for the print magazines to pick up on it. Mangum had already endured months of touring and explaining and discussing his lyrics so by the time the press had taken notice and become interested, it seemed that Mangum himself had lost interest. Rock kingpins R.E.M. offered Neutral Milk Hotel a support slot on their tour and Mangum declined.

Some say that he suffered a nervous breakdown after the tour that followed their second album. As Mangum told Pitchfork in 2002, “I went through a period, after Aeroplane, when a lot of the basic assumptions I held about reality started crumbling,” he said. One of those assumptions was that music would somehow erase his problems. “I guess I had this idea that if we all created our dream we could live happily ever after,” he continued. “So when so many of our dreams had come true and yet I still saw that so many of my friends were in a lot of pain … I saw their pain from a different perspective and realized that I can’t just sing my way out of all this suffering.” 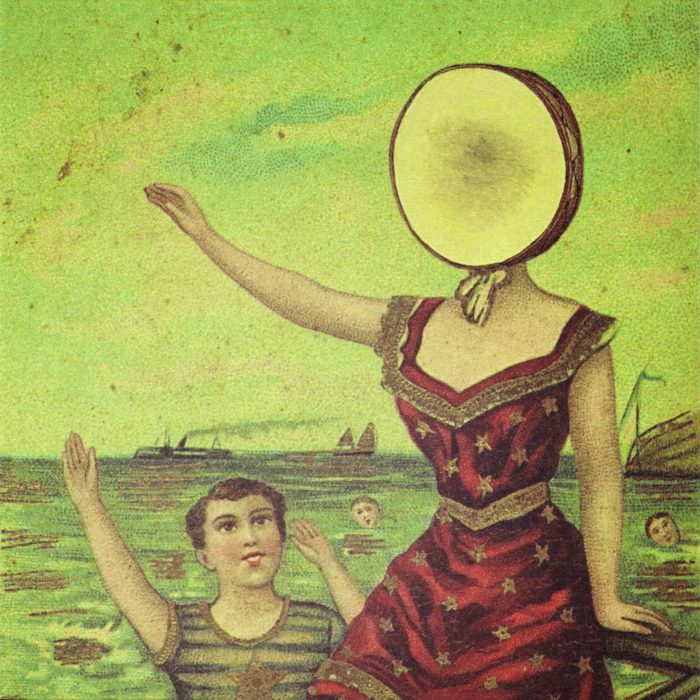 In 2005, the UK’s Domino Records re-issued the album to much fanfare and a few years later in 2008 ‘In the Aeroplane Over the Sea’ was the sixth best selling vinyl album of that year. Mangum and crew recently performed the album in its entirety at the Green Man Festival in Wales this summer.

So why does this album have such a hold on the listener? Most likely because of its brutal yet heart-wrenching honesty. It has become a favourite of bands like Arcade Fire and Franz Ferdinand. Jamey Huggins from Of Montreal and Great Lakes has this to say about ‘In the Aeroplane Over the Sea’…

“I’ve cried while listening to the album.  I still hear things in it that I missed from previous listens.  The thing with this record is that it can’t be heard casually, it has to be an event!  You first of all have to listen to the entire thing. The track sequencing alone demands it, if the tide and momentum don’t pull you along.  These songs should not be broadcast as singles on a radio show.  They are all linked to this prescribed chain and it all flows together.  You can put it on in a room full of friends and conversations will just drop.  People regularly hold their water to finish listening to this record.  People sit in cars in driveways all over the world waiting to cut the engine and go inside until that chair squeaks and Jeff ‘Gets up to leave’.  This album commands attention but never demands it, you know?”