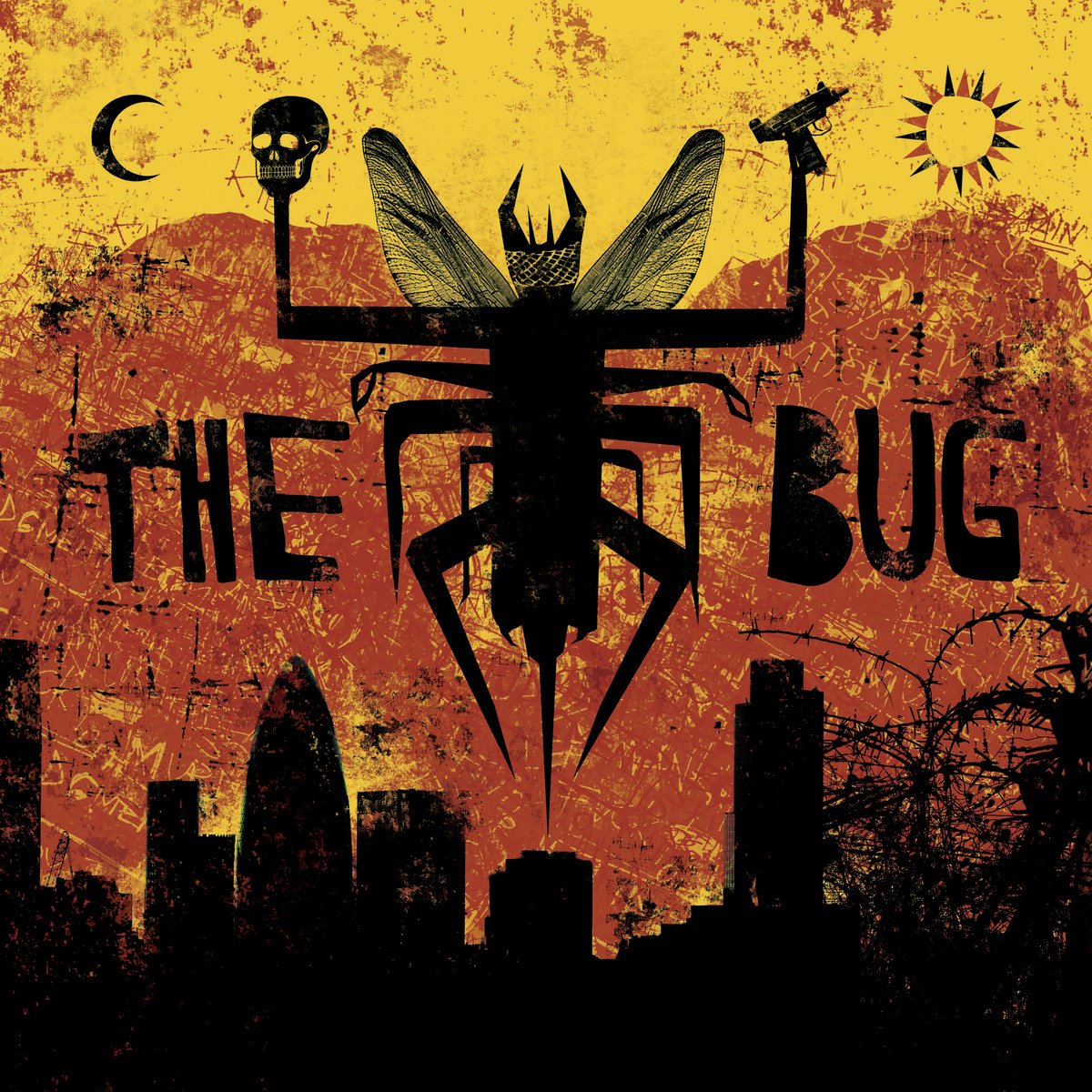 2016 has been a year without precedent – a tide of global turbulence, from the American election of Donald Trump to the UK’s prolonged departure from the EU, which has come to reflect an age of bitter division, pressurised rage, and manipulated fear. This wave of political disruption seems immune to the emotionless rationalism of facts and figures once thought to hold authority over political discourse and instead a raw, subconscious emotion has taken centre stage. Our social environment has become a slippery realm of half-facts and perceived truths fuelled by personal prejudice; the lens of objectivity smeared by the insidious rise of post-truth politics and falsified assertions.

London Zoo, then, feels ominously prescient. Released mere months before the global financial crisis of September 2008, The Bug’s sophomore LP is a foreboding premonition, calling attention to institutionalised division, and fuelled by the voices of lost communities marginalised and alienated long before the events of that fateful autumn. A cacophonous dub-inflected mirage of industrious noise and fiery screams, the music of The Bug projects a combative rage which cuts across the boundaries of race, gender and sexuality to unify voices of discontent. In London Zoo, the city is a powder keg ready to be lit.

It is difficult to divorce the feverish career of Kevin Martin from the emotional fray of a broken home – strained relationships shared with both parents resulted with him leaving home at sixteen. As if seeking a pressure valve, Martin’s early endeavours indicate a desire to physicalise and control chaos within musical form; the honing of an adolescent angst, skilfully weaponised. These simmering frustrations are adequately potent in the music of God, the effervescent London based anarcho-noise group, in which Martin abused his Saxophone skills to produce caustic flows of dissonant melody and masochistic roars. A terrifyingly expressive stage presence, the group solidified a DIY, anti-authoritarian approach throughout the ‘90s, continually expanded on through subsequent projects like Techno Animal and ICE, as Martin’s omnivorous musical and philosophical tastes broadened.

It was the discovery of Prince Far-I, however, which would spark the creative juices behind The Bug – Martin’s JA-indebted studio project revolving around ever-shifting artistic partnerships. Channelling a rough and ready approach established through a history of dissonant chaos, his production gnarls and mangles the dub aesthetic – bass lines become gruff and abrasive, whilst snare drums punch through the mix like apocalyptic thunderclaps. It’s obvious that Martin felt constricted by the limitations of a live setup, and the studio effort sounds crowded and overdriven as if its squeezing the random turmoil of a city into one amorphous style.

Dub, dancehall and reggae were to become the perfect forms in which to portray this growing sense of dread, paranoia and claustrophobia felt in the pre-crash metropolis. For better or worse, the musical history of Jamaica is inextricably linked with the power of corporate politics and its ability to both construct and dismantle the social fabric of a community. The relentless bloodshed of Kingston’s warring, party-sponsored factions inevitably became the fuel for a political distrust expressed vehemently by such roots reggae pioneers as Count Ossie and Lee Scratch Perry. This apathy towards “Politricks” travelled across decades and continents and even into the heart of London producing jungle and grime.

Martin’s position within this diaspora, as a white, British producer, is an interesting one. In place of wholesale cultural appropriation, there’s instead a meeting of minds, as the political explorations of both Black Jamaican and White punk lineage fuse in a way that sounds entirely democratic – a dissolution of perceived cultural and racial boundaries. Similarly, Martin’s collaborations with under-appreciated veterans like Ricky Ranking and Tippa Irie substantiate a fervent respect for what is essentially a black musical force. Similarly, the involvement of both Flowdan and Killa P exhibits a desire to continue this attitude through the contemporary energy of grime, enabling a cross-generational alliance.

As a result, the vocal performances brim with the inflated energy of West Indian culture: a dog-eat-dog attitude wholly redolent of the sound clash mentality. Martin’s growling, crepuscular soundscapes sprawl like expansive chess boards – MC’s must call their opponent’s bluff, pounce upon weakness, and remain stoic in the face of defeat; a sonic transmutation of a world in which ordinary people out-manoeuvre the Babylonian obstacles of poverty, violence and finance.

London Zoo is an album brewed in betrayal – a compulsive vitriol directed at both the global and microcosmic tensions of inter-community relationships. It spawns a myriad of jarring world-views, spanning apocalyptic misery (‘Too Much Pain’), sharpened militancy (‘Jah War’), and entrenched misanthropy (‘Fuckaz’).

The album opener ‘Angry’ finds Tippa Irie rolling through an itemised list of Black-Atlantic rage. Topics on the firing-line include the American government’s shameful response to Hurricane Katrina three years prior, which devastated the already poverty-stricken city of New Orleans.

In contrast, ‘Skeng’ centres around the morbid humour of Flowdan’s meticulously structured rhyme sequence, traversing grim depictions of violence alongside evocations of funeral processions and mourning relatives. A darkly satirical, party-starting inflation of the hyper-masculinity engendered by a society of endless socio-economic competition, the violence here is characterised as an easy yet empty form of power – it’s shockwaves felt later, through the torn fabric of both family and community.

It’s the performances of Warrior Queen however, which best embody the furious self-empowerment central to London Zoo. As a woman in an overwhelmingly patriarchal genre, Annette Henry’s fierce performances epitomise a steely resolve in the face of adversity. The rollicking, patois-soaked torrents of ‘Poison Dart’ subvert the testosterone-fuelled aggression of ‘Skeng’, instead brandishing a deft awareness of the maddening contradictions surrounding modern life. As she screams, ferociously, on the former: “Through me na sling no gun, a boy think sey me soft / But me a real poison dart!”

London Zoo refuses to offer direct solutions to the enmities it so masterfully dissects. It doesn’t seek to manipulate the frustrations and desires of it’s performers into an agenda of demagoguery and hatred; nor does it pander to one definable political agenda. What it offers instead provides a relatable insight – a brutal reflection of the nascent echo-chamber society, in which economic turmoil and social disconnectedness characterise the future as an oppressively fearsome place.

It’s severe portrayal of looming dread and repressed fury never feels monolithic or didactic – it cuts to the core of an emotionally unstable and unpredictable human condition. The Bug’s fury is constantly shapeshifting, fractured and hypocritical, mirroring the intimidatingly discordant political conversation we now face, as empathies corrode and tempers boil. If art does indeed reflect the world around us, London Zoo paints a terrifying portrait of a pivotal year – one which perhaps illuminates some clues as to how we’ve ended up in such starkly alienating times.