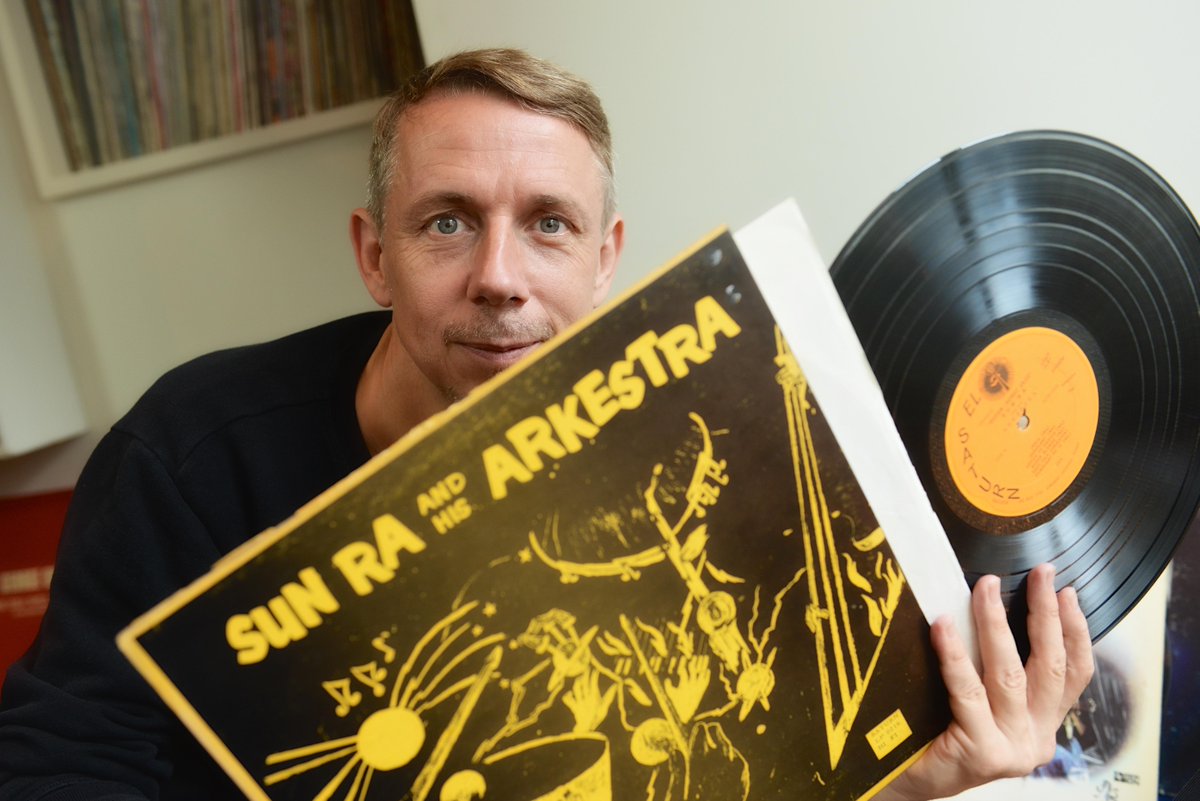 Ahead of our special event with ‘An evening with Gilles Peterson’ on November 12th to celebrate the release of his Sun Ra compilation ‘To Those Of Earth… And Other Worlds’ on Strut Records we asked Gilles to give us the lowdown on his Top Five Sun Ra Albums Of All Time.

“Sun Ra and the Arkestra were the original DIY group. What went on in 1970s punk with self-pressed records and hand-drawn artwork – Ra was doing that in the ‘50s and ‘60s. The music was phenomenal – Sun Ra was the man, the ultimate artist for any vinyl collector.“ Gilles Peterson

“An important album for me after Dingwalls and going into ‘That’s How It Is’ at Bar Rumba. We’d had jazz dance, rare groove, jazz funk, Soul II Soul, hip hop and we were looking to go a bit more abstract. DJ Shadow was starting to make records, Mo’Wax was appearing and we wanted it all a bit more minimal and “out”. ‘Lanquidity’ was perfect for that moment.”

“One of the best Sun Ra tracks / albums I have ever heard, previously unreleased until it surfaced digitally earlier this year. Peter Dennett at Art Yard played it to me to consider for the ‘To Those Of Earth… And Other Worlds’ compilation and it’s a 50+ minute piece which has everything: female / male vocals, pre-hip hop banter about space and the cosmos and the music’s incredible from start to finish.”

“Sun Ra recorded this in an art gallery just outside a beautiful village called St Paul-de-Vance. I played the Nice Jazz Festival and someone took me to this magical place. I later discovered that there had been a festival there during the late ’60s – Albert Ayler, Don Cherry, Sun Ra all played at it. It’s a bit of a dream of mine to recreate the Foundation Maeght festival there one day…”

“This was probably the first Sun Ra record that I really got into, both the album and the film soundtrack. It’s brilliant, full of musical and spoken nuggets – I remember using parts of it as sound effects during early DJ sets, both over other tracks and between songs.”

“I think Horo Records in Italy had a similar approach to music to Sun Ra – they released two albums by him and also put out LPs by Max Roach, Gil Evans and some great Italian artists. I received my copies of the Ra albums from Horo founder and producer Aldo Sinesio (RIP) – he lived on a farm South of Rome and he kept his LP stock in a big cowshed. He made many beautiful records including this one.”