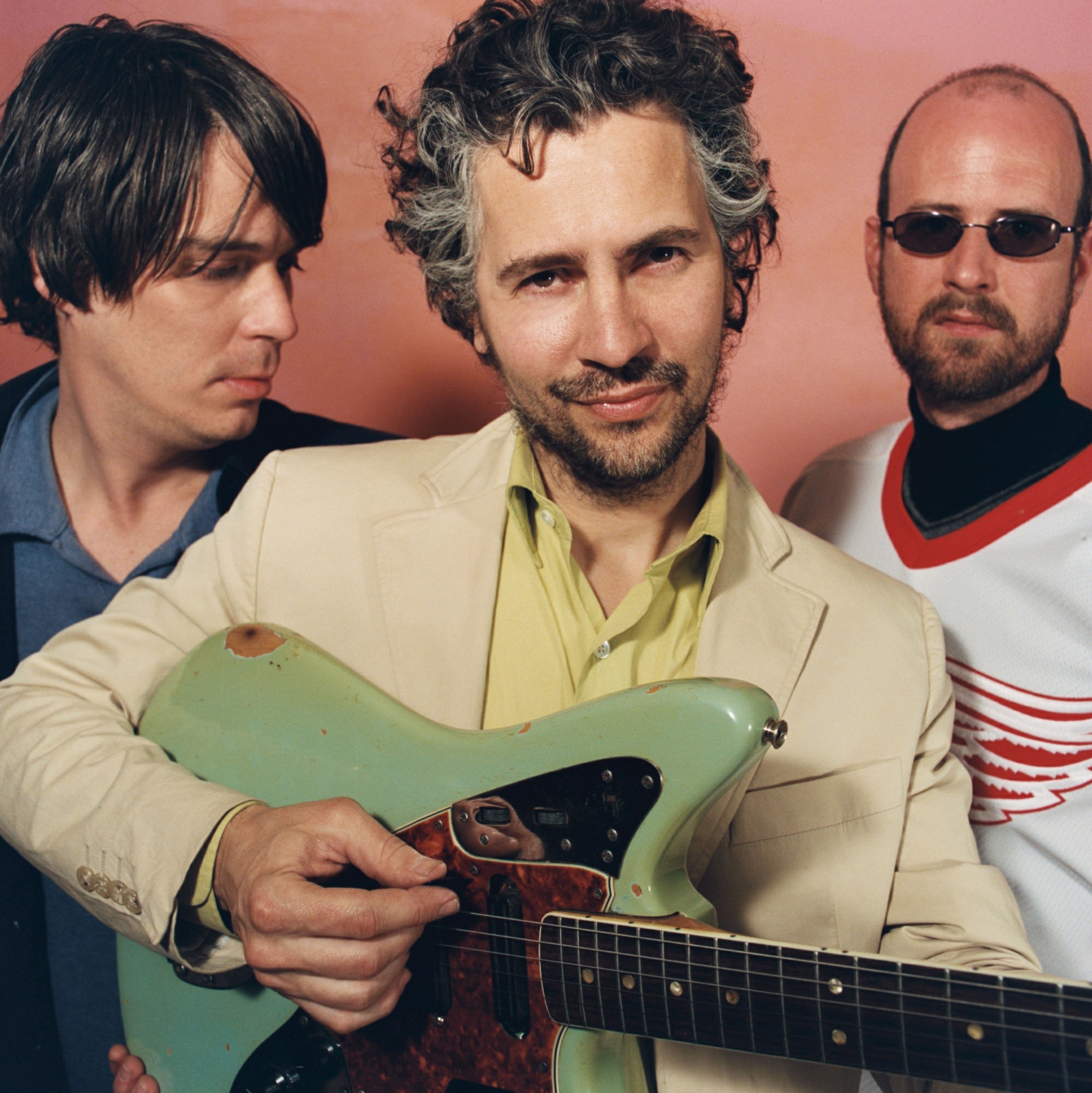 It’s a safe bet to assume you haven’t heard many albums that weave robots, kung-fu and a young Japanese woman into their central theme. To be frank, it’s a concept that just shouldn’t work. But in the hands of The Flaming Lips, anything can be a conduit for visionary rock storytelling. Following the back-to-back release of two of their most celebrated albums to date, Yoshimi Battles the Pink Robots marked a bold step in a new direction, as the band explored fresh technical intricacies and expanded the oddball aesthetic with which they were becoming synonymous. Fronted by madcap showman, Wayne Coyne, the album held hidden depths beneath its neon exterior, sparking rumination on the grand, perennial themes of life, death, and love. 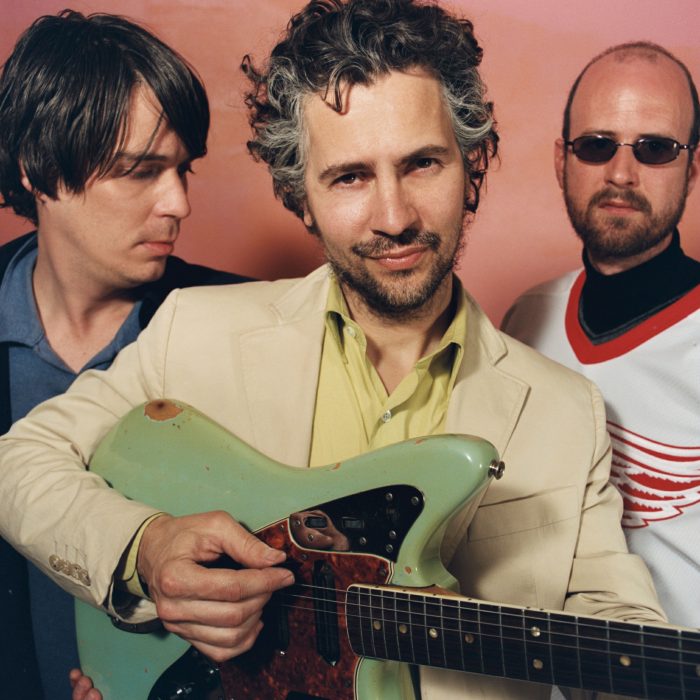 Named after Yoshimi P-we, the drummer of Japanese band The Boredoms (who appears throughout the album), Yoshimi Battles The Pink Robots sought to capture the delicate duality of life and death, happiness and misery, love and heartbreak. The band’s songwriting skills had grown considerably, precipitating their transition towards a crazier, psychedelic pop sound, aided by recent advances in studio technology and bolstered by their recent critical successes. The album’s unconventional title would be the jumping off point for the generation of the entire project, as the band applied this far-flung concept to a steady stream of musical ideas emerging in its wake. Coyne, who spent two days designing and painting the record’s sleeve art, aptly summarises: “When you see that album cover, you know that the music could sound no other way.”

The album manages an often elegant marriage of futuristic technology and ancient songwriting tradition. Channeling bands like Pink Floyd on songs such as ‘Fight Test’ and ‘Yoshimi Part 1’, synthesisers rub pleasingly against the rustic charm of acoustic guitar and funky drums, creating an unlikely harmony that conjures images of a world in which man and machine live side-by-side.
Elsewhere robotics seem to imitate the emotional complexity of human expression. On ‘In The Morning Of The Magicians’ synths emulate human vocals and stringed instruments, blending seamlessly with the plaintive crooning of Coyne, who sounds perfectly at ease with this uncanny simulation of life. Likewise, Drozd’s drum playing and programming nestles comfortably in the mainframe, it’s hiphop inspired rhythmic complexity stretching and contorting around the soft robotic curves. Ultimately, the album’s lush instrumental soundscape seems far more eager to please than shock – an effort to lure you into its world with the understated power of a lullaby. 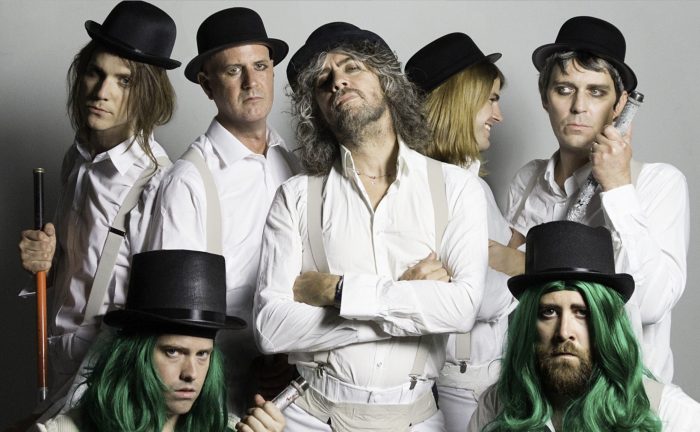 Whilst bright and neon-tinged on the surface, Coyne shades these songs with moments of profound reflection; notably on opener ‘Fight Test’ with lines such as: “If it’s not now, then tell me when would be the time that you would stand up and be a man?”. Shot through with a sense of internal conflict that mirrors the fantasy outer battle between man and machine, it’s a touching method of humanisation which prevents the album from floating too far off into the sky.

Whilst no doubt an entertaining and memorable opening to the album, it’s in the LP’s later tracks that Coyne switches to what is evidently a more straightforwardly sincere approach. Opening with the refrain, “I have forgiven you for tricking me again/ But I have been tricked again/ Into forgiving you”, on ‘Are You A Hypnotist??’ the frontman ruminates on the nature of exploitative relationships, dissecting the issue with enough poetic ambiguity to mirror the sublime effect of the song’s artificially choral background. Similarly, on ‘Ego Trippin’ At The Gates Of Hell’ Coyne reflects on personal failings with lines such as “I was waiting on a moment, but the moment never came”, seemingly trying to justify these missteps to himself more than anyone else.

But the album’s most potently melancholic tear-jerker arrives in the form of ‘Do You Realise??’. As if finally unleashing a wave of suppressed sadness, the song began life as a response to the story of a Japanese fan who had died of a mysterious heart disease after travelling across the world to see them. Moved by her death, the song’s lyrics – which were also augmented by the grim day-to-day trauma of Drozd’s heroin addiction – were deceptively simple yet profoundly sincere, encouraging the listener to revel in life’s sweet moments, to absorb the pleasure in every little detail. Commenting on the song, Coyne said: “Whenever I analyze the scientific realities of what it means to be living here on Earth – in this galaxy – spinning around the sun – flying through space – a terror shock seizes me!!! I’m reminded once again of how precarious our whole existence is…”. Remaining the band’s most popular song to this day, and a triumphant fixture of their live sets, it’s perhaps the greatest embodiment of The Flaming Lips’ soul-stirring perspective. 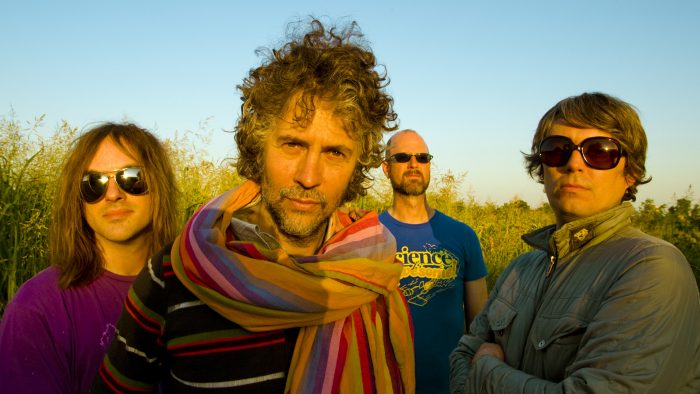 The album’s release marked further success for a band who had rapidly become one of the leading lights of 21st century rock, eventually becoming their first gold-certified album and overtaking the commercial achievements of The Soft Bulletin. It remains arguably the most iconic entry in The Flaming Lips’ vast discography, which continues to grow in stylistic breadth yet ultimately finds the band returning to the sound codified on their 2002 masterpiece. Its mixture of bold storytelling and personal crises proved that music could be a vital coping mechanism – a space to explore, fictionalise and dissect life’s troubles in a way that was ultimately universal to the human condition. Yoshimi Battles the Pink Robots blurred fact and fiction to make sense of our chaotic world; a world that continues to delight and horrify in equal measure.