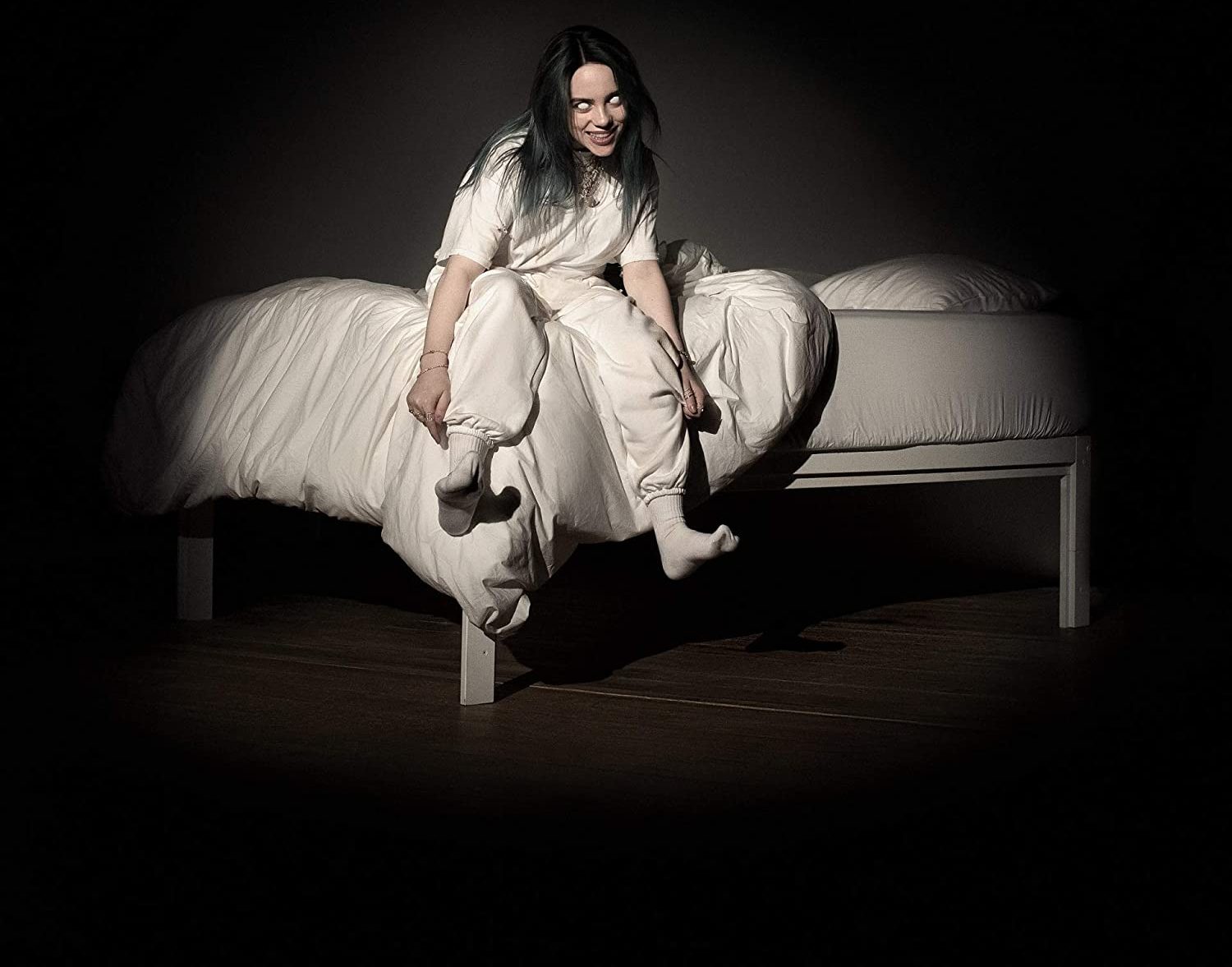 At the age of 14, I was dying my hair, scraping acne off my face and desperately gasping for air while trying not to socially drown in my middle school life in New York City. I was searching for myself in the Pink Floyd, Hendrix, and Bikini Kill posters I posted on my bedroom walls. At that same age, Billie Eilish and her brother FINNEAS were launching their careers, putting forth an EP that would change their lives and, in turn, the whole wide world from their bedroom somewhere in the suburbs of Los Angeles.

Billie’s first full album, When We All Fall Asleep Where Do We Go?, cannot be explored without starting from the beginning. Billie’s career took off when she released her first EP, Don’t Smile At Me which allowed her to have a solid set to perform live. This got her an incredibly loyal fan base. These songs gave us a good idea of who she and FINNEAS are as artists. FINNEAS is a brilliant, innovative producer and Billie Eilish is a gifted lyricist with a beautiful, dark and angelic voice. This EP also allowed her fans to connect with the fact that they could relate to her pain, especially because she was the same age. Her fans not only watched as her career took off in full flight at a rapid pace, they were along for the ride. 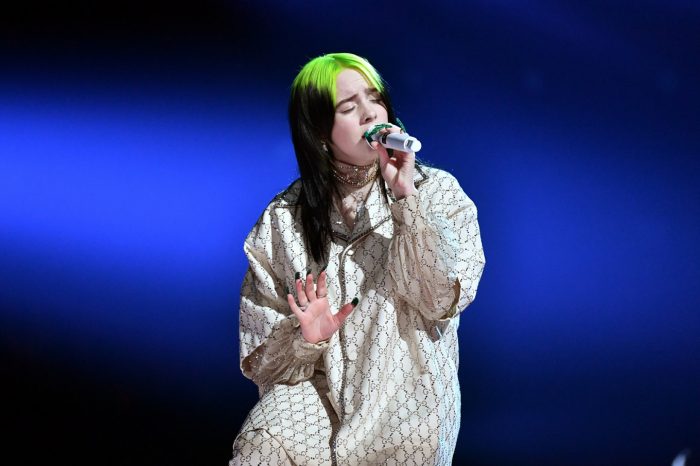 Billie’s fans have always related to her ability to speak honestly about her mental state, especially when it took a nosedive. In 2017, one of the darkest times in her life, she released her first album When We All Fall Asleep Where Do We Go? On the album cover, Billie portrays herself as subhuman with white eyes as she sits on a bed in a dark, liminal space. In comparison to her first EP, the production style is more textured. FINNEAS had clearly grown as a producer and built a soundscape that fed Billie’s vision for a darker theme.

Along with the unique and impressive production style, the lyrics are probably the most evident sign of Billie’s intention behind the concept of the album. ‘Bury a Friend’, Billie’s personal favorite song from the album, is a great example of lyrics that are both complicated and terrifying. This excerpt is one of my favourites: 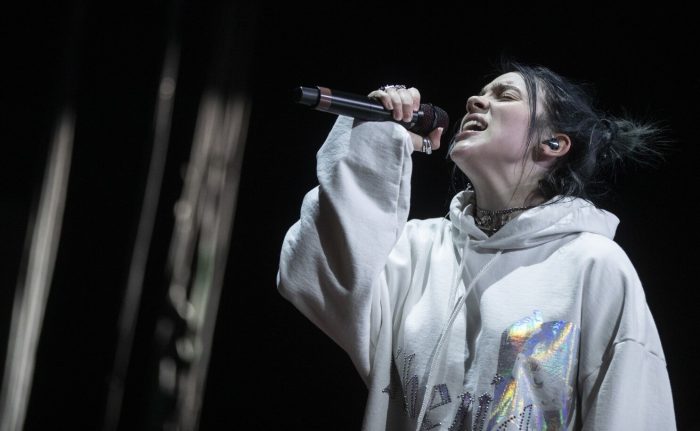 The lyrics seem to be partly about the music industry along with her depression which she has been singing about for years. But it also has other layers that are less obvious. This is intentional as Billie has said that every line means something precise to her but that the whole song is for individual interpretation.

The title of When We All Fall Asleep Where Do We Go? comes from Billie’s fascination with sleep and what happens when you are in a dream state. She thinks of sleep as a scary thing because of her thoughts and nightmares. In an interview she gave with DASDING in 2019 she said, “My ideas come from the things that have freaked me out over my life and a lot of my visuals are based on dreams that I’ve had because of things that I’ve seen.”

When the album first came out it was played everywhere. The intricate song ‘Bad Guy’ was on every radio station, reviews of the album were flying out of every magazine and interviews with Billie were all over Instagram and YouTube. No one had ever heard such a dark and eerie duality like FINNEAS’ bass heavy production under Billie’s soft voice. This album contains so much complication but it is riddled with simplicity as well. ‘When the Party’s Over’ is a beautiful song and it’s just Billie’s voice with a piano and some harmonies. The production style here brings emphasis to the lyrics and gives a feeling of loneliness to the listener. This album is both haunting and strikingly beautiful. The hits off the album are earworms, the music videos are nightmare inducing and Billie’s voice tugs on your heartstrings. The dynamic of being so powerful and so sad at the same time symbolises the ups and downs of teenage life. No one could get enough of it.

The album was massively rewarded for the pair’s unique approach to song making. They won three Grammys, topped charts and it dramatically grew her audience. While this is an undeniable degree of success, there is a notable correlation between the success of this album and Billie’s mental health declining at a rapid pace. Billie takes the darkness she feels and turns it into this invincible character, allowing her to basically embody all she is afraid of in the form of great art, as many great artists do. Bruce Springsteen’s lyrics are full of relatable pain and tragedy and backed by music that is danceable. And Mitski sings the line “and still nobody wants me” over and over in her song ‘Nobody’ a catchy head-bopper of a song that exudes enjoyment in the face of the universal feeling of loneliness. What these artists are attempting is a way to live with all the sadness of life. Their music is a way to make it through. Billie Eilish most certainly made light of her pain and created something incredible with her brother. But the real gift of this album, besides the brilliant musicality and advanced lyricism, is the fact that she overcame her despair. 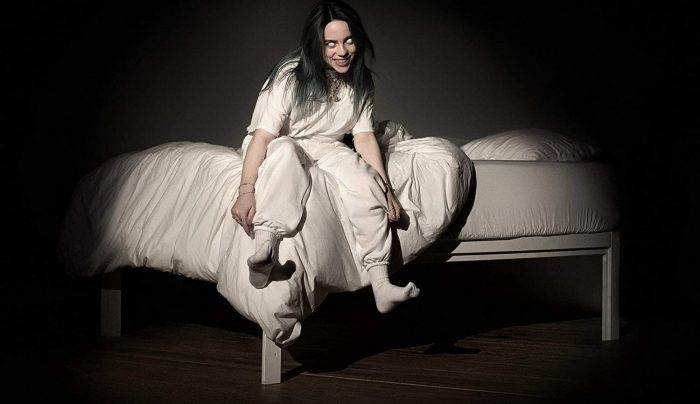 After this album was released, Billie’s fans watched as she climbed out of her dark place. Now when she perform and does interviews, Billie seems more self assured, confident, and comfortable with who she handles herself in the public eye. She has learned how to set boundaries and not tell her fans too much about her private life and as a result, has become far stronger and healthier. Her latest album, Happier Than Ever, shows how far she has come. Her first album will always be special because of how it impacted her audience and the world, but it is also a reflection of how to turn your weakness into strength and make it through when times get unbearable. Billie Eilish has earned a lot of respect for the making of When We All Fall Asleep Where Do We Go? from the world. But maybe, looking back on the experience, she found respect for herself, as well.