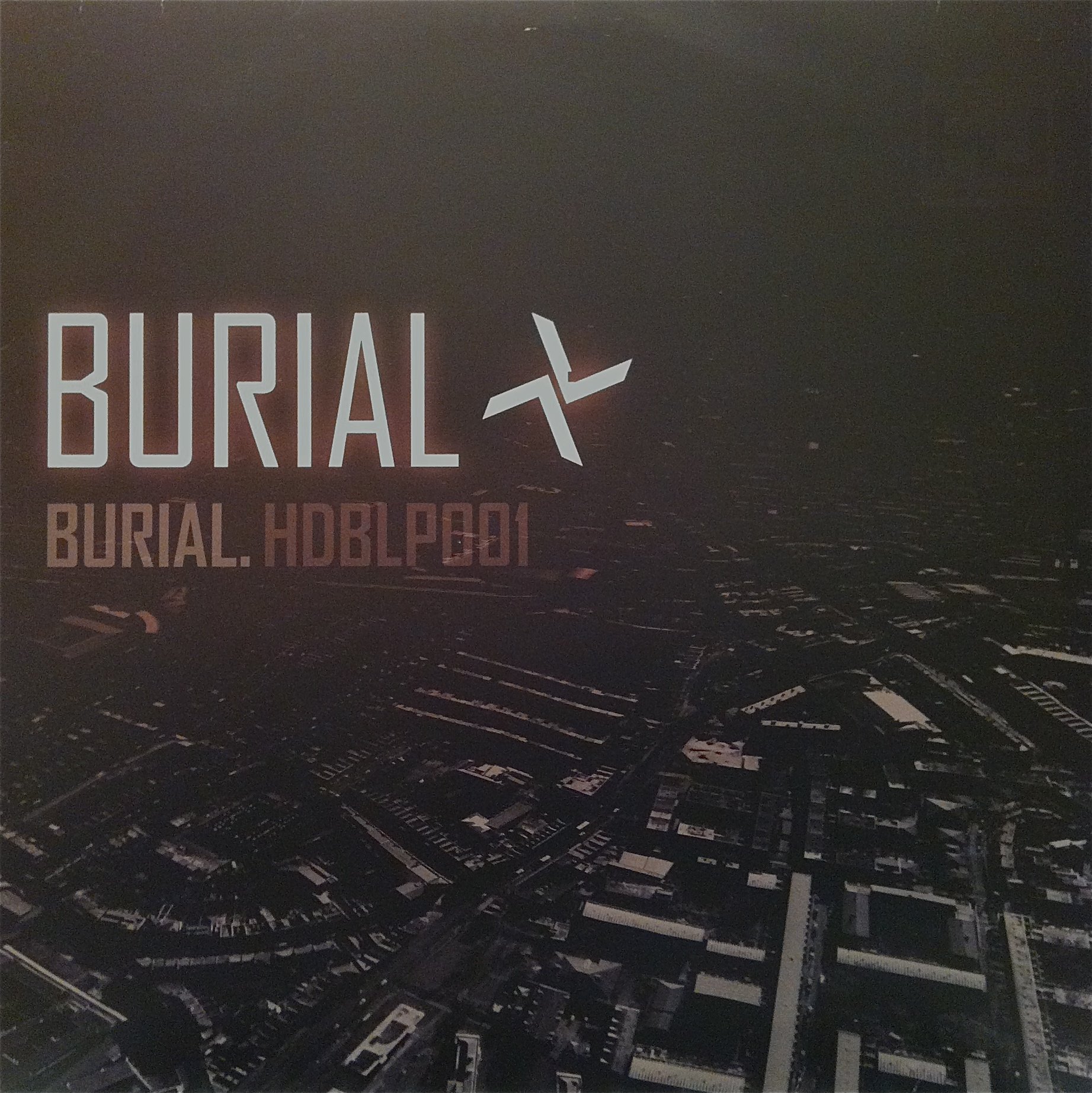 Burial’s eponymous debut was forged in it’s own timeline, yet sits perfectly in our own. Though released in 2006, it was a temporal fluctuation of the past, present and future of Rave, shrouded in the thick, suffocating smog of post-millennium London – elegiac in both name and sound, yet clinging to a faith in the afterlife.

By resurrecting fragments of the hardcore continuum – an intensely tribal and devotional culture which has played a huge part in the lives of a generation of musicians and fans – Will Bevan conjured an affectingly brutal nostalgia without precedent, tapping into a collective memory equal parts euphoric and tragic. This myriad of emotional complications informed the central aesthetic theme of the seminal LP, Burial – an abrasive miscellany of stuttering, jagged breakbeats, gut churning tectonic bass swells, and gaseous layers of murky distortion. Rave’s euphoric heart was dissected, then disseminated, into the jumbled chaos of the modern world.

Unearthing definable details in this chaos is, intentionally, made difficult. Bevan’s use of SoundForge (a loose and un-structured digital audio workstation) during the compositional process became a perfect canvas upon which these disparate textures were tangled and blurred. Eschewing a gridded interface and rhythmic quantisation, there’s an immensely slippery texture to these productions. The percussion on tracks like “Distant Lights” feels slackened and nervous, as if the floor beneath is ready to collapse. Heavily inspired by the dense polyrhythmic swells of Darkside and Jungle, Bevan heightened a vivid, ecstatic tactility in his productions – drums clatter like rusty dust-bin lids and rattling subway doors; bass lines fizz and roar like subterranean beasts; disembodied voices sob like lost children.

Bevan has frequently cited key players like El-B and Horsepower Productions (both vital links between the postured opulence of Garage and the paranoid abandon of Dubstep) as major influences on his post-rave sound. In his own productions however, there’s an obsessive fixation on echo, reverberation, and it’s ability to blur, hide and distort familiarity like a faded memory; to blunt the edges and soften the blows. The miserable, El-B inspired vocals on “Forgive” are drowned in deep smatterings of delay and distortion, crafting a despondent aura of confused reflection and crippled introversion. It was a sound similar to, yet utterly divergent from the smoked-out stagger of the mid 00’s dubstep scene being defined by seminal labels like Tempa and Deep Medi. Bevan absorbed a dark and insular pressure, twisting influences and imbuing his music with a sense of melodrama and turmoil unexplored by his contemporaries.

These sensitive ventilations of a reclusive persona, combined with a wholly singular production style became the defining aspects of the Burial mythology; that of a loner or outsider, eagerly aspiring to a culture he never truly belonged to. Experiencing much of the music and it’s hedonistic narrative second-hand through his older brother’s excitable tales of M25 orbital raves, it’s clear Bevan’s own longing to experience these sounds in their “correct” environment – the throbbing mass of bodies in a field or club – seeps into his somber interpretation of hardcore and jungle. Recognising the loneliness of an existence outside this mass organism, Burial seems to skip the dizzying highs of the sweaty peak-time dance floor, instead heading straight to the tinnitus-tinged comedown; the lonely bus ride across London; the frigid walk home in the rain. The giddy joys and vivid, euphoric frequencies absorbed in the dance are reduced to painful echoes rattling across the brain. His detachment is overt yet a love for the culture is unquestionable. Fractions of MC chatter pierce through the fog on tracks like “Southern Comfort” reassuring the listener of a guiding presence – an ethereal yet familiar personality in a sea of pulverising drum ’n bass.

Burial still feels like an urgent, and, most importantly, prophetic album in 2016. It’s clear that, with this LP Bevan noticed something in the way we were beginning to experience dance culture – in the UK and around the world. Undoubtedly, his teenage years spent listening to DJ Hype, Foul Play and Omni-trio mixes alone in his bedroom, or on headphones traveling to and from school, helped attune his senses to the subtle but far-reaching shifts occurring in club culture. The launch of YouTube just a year prior was, alongside other platforms, rapidly altering the way we access music and the context in which we experience it. For Rave culture this was a seismic situational shift: an entire generation of listeners (including myself) would first experience these sounds through a digital interface, detached from any physical sense of community, connection, or space. The hardcore continuum could now be channeled, accessed and consumed from a place as mundane as your living room – the infectious fervour of the Pirate MC replaced by a seemingly endless mine of coded, binary data.

Burial noticed a subversive sadness which emerged as symptomatic of a euphoria unfulfilled – Rave’s “useless energy” has been described by writer Simon Reynolds as “a celebration of a celebration”. In an interview with Mark Fisher, the artist considers this idea: “A lot of those old tunes I put on at night and hear something in the tune that makes me feel sad, – a few of my favourite producers and DJs are dead now too – and I hear this hope in all those old tracks, trying to unite the UK, but they couldn’t, because the UK was changing in a different direction, away from us.”

The absence of many definable political goals or ideals in Rave created a gaping vacuum of idealism which was never truly filled. While Burial attempts to romanticise and articulate this feeling of lost innocence, the greatest statement club culture ever made was that of collective disappearance: withdrawal from an oppressive modern life into the recesses of a deepest darkest clubland. The ostensibly connective possibilities of modern hyper-communication have mutated a culture of submissive bliss into one of impatient convenience and streamlined satisfaction.

This evaporation of worry, and surrender of self, has become increasingly difficult in recent years. With the UK losing around half of it’s nightclubs over the past decade (most recently the iconic Fabric), Burial feels like the appropriate soundtrack to a graveyard city, drained of it’s nightlife and haunted by the spectre of austerity. Bevan’s dystopian outlook feels more plausible than ever in a metropolis like London, as it continues to be torn apart by soaring inequality and the gaping jaws of gentrification.

Engulfed by environmental interference, radio static and an inescapable pressure, Burial introduced the sound of a culture kicked out of it’s home; banished to sleep rough on the streets, or float endlessly on a pixellated screen. With both metaphorical significance to nightlife, and all-too-real connotations for a growing number surviving in the cold, Burial remains a bitingly effective account of the post-millennium comedown connecting and dividing us all.