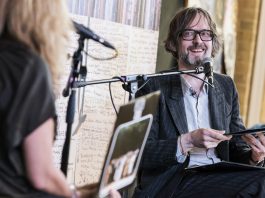 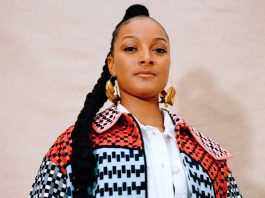 Like a musical mirage, the version of Grace Jones which appears before us will always be dazzling, inspiring, and ever so slightly out of reach.

“It is not addressed to white people - it does not put you down in any way, it simply ignores you… For my people need all the inspiration and love they can get.” Nina Simone.

"We were holding the cards to a certain message that was about to become relevant." Carlos Dengler.

This was the last album to be released in Lady Day's lifetime and one that saw her return to full orchestral arrangements with a poignantly matured voice. Listen to the story and music.

The album's songs — which featured 18-year-old Nils Lofgren on guitar and piano, helped create a ragged and almost disjointed record that’s never quite sure if it’s electric or acoustic.

The 1994 hip-hop landmark is a sterling example of how great rap can be.

Skin discusses highlights from the forthcoming compilation series The Montreux Years, which brings together breath-taking performances by the world’s greatest artists recorded at the legendary Montreux Jazz Festival, including Nina Simone and Etta James.

‘My Classic Album’ is a series of free-to-view artist interview streams created with support from the Arts Council England Cultural Recovery Fund.

My Classic Album: Nubya Garcia on Wayne Shorter ‘The Soothsayer’

The Roots ‘Do You Want More?!!!??!’ Musical Lead-Up Playlist

The Avalanches ‘Since I Left You’ Legacy Playlist

Check out this playlist of music that inspired by The Avalanches including Ariel Pink, RJD2, Madvillian, Panda Bear, The Go! Team, Animal Collective & more.

We have had a fantastic week celebrating this years theme 'Women In Music'. On Tuesday we were joined by Texas' Sharleen Spiteri and on Thursday Carroll Thompson, 'The Queen of Lovers Rock' joined us at The British Library to celebrate her classic album 'Hopelessly in Love'. Both events were supported by Bowers & Wilkins, the official audio partner of National Album Day.

We're celebrating women in music, and we want you to share your favourite album by a woman! ✨

Get involved using #NationalAlbumDay and tag us at Classic Album Sundays & @AlbumDayUK!

Classic Album Sundays09/10/2021 @ 8:12
London, United Kingdom
Ahead of two events this week in celebration of National @albumdayuk on 16th October, @colleencosmomurphy presents a special edition of Classic Album Sundays on @worldwide.fm at 2pm BST with @annie.nightingale. During the show, Annie selects a favourite album for every decade of her trail blazing career and uses them to tell the story of over 50 years in the music industry.

This year’s National Album Day will spotlight women artists and their huge contribution to music and culture through the art of the album. Colleen will be joined by chart-topping singer-songwriter with the phenomenally successful band @texastheband, Sharleen Spiteri, at the @royalalberthall on Tuesday 12 October 2021 at 7pm, as part of the National Album Day 2021 celebrations supported by Bowers & Wilkins. And she will be in conversation with @carrollthompsonqueenloversrock at @thebritishlibrary_ on Thursday 14th October 2021 at 7:30pm to discuss the story of Lovers Rock and her classic album, ‘Hopelessly In Love’…

Classic Album Sundays08/10/2021 @ 15:30
Royal Albert Hall have kindly given us three pairs of tickets to giveaway to Tuesday's event with Sharleen Spiteri!

All you have to do is email contact@classicalbumsundays.com to be in with a chance.

If you would like to guarantee your entry, there is also a special £5 discount code for our followers.

Classic Album Sundays founder Colleen 'Cosmo' Murphy will be joined by chart-topping singer-songwriter with the phenomenally successful band Texas, Sharleen Spiteri, at the Royal Albert Hall on Tuesday 12 October 2021 at 7pm, as part of the National Album Day 2021 celebrations to discuss her favourite women in music on Bowers & Wilkins.
3    View on Facebook

Classic Album Sundays04/10/2021 @ 14:50
London, United Kingdom
Carroll Thompson joins Colleen 'Cosmo' Murphy at The British Library on Thursday 14th October 2021 at 7:30pm to discuss the story of Lovers Rock and her classic album, ‘Hopelessly In Love’. Known as ‘The Queen of Lovers Rock’, the uniquely British flavour of reggae music that remains as popular as ever, Carroll will talk about her special place and career in music, and we get to hear some classic tracks in an all-vinyl listening session.

Carroll Thompson took the British music scene by storm in 1980 with her classic single ‘Simply In Love’ and her breathtaking follow up ‘Hopelessly In Love’. The album of the same name ensured her enduring legacy. The album has been remastered and re-issued on its 40th anniversary and to mark National Album Day.

Music from the discussion will be played on a world class hi-fi system with Bowers & Wilkins exceptional new 800 Series Diamond loudspeakers – the renowned audio brand’s most revered and advanced range of loudspeakers.

This year’s National Album Day will spotlight women artists and their huge contribution to music and culture through the art of the album. Sharleen will discuss her favourite women in music and how they have influenced her, culminating in choice cuts from the new Texas album ‘Hi’.

Music from the discussion will be played on a world class hi-fi system with Bowers & Wilkins exceptional new 800 Series Diamond loudspeakers – the renowned audio brand’s most revered and advanced range of loudspeakers.
3 1    View on Facebook
VIEW ON FACEBOOK

Album of the Month Club: Gil Scott-Heron ‘Winter in America’

Album of the Month Club: Gil Scott-Heron ‘Winter in America’