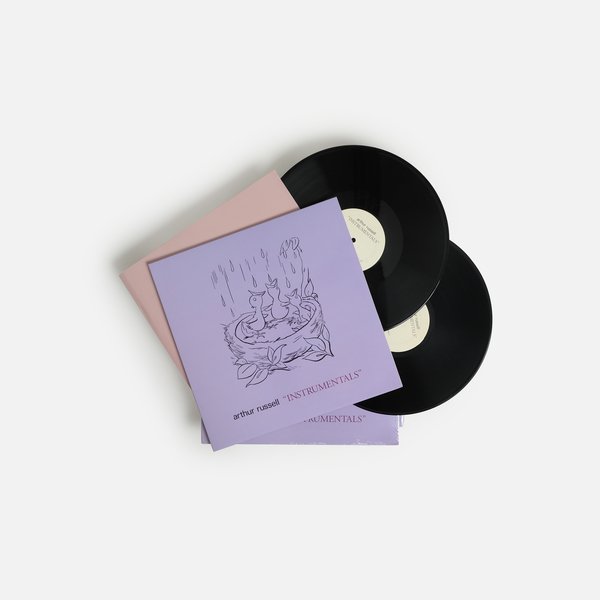 Few electronic artists can claim a more notorious reputation than the inimitable Aphex Twin. Having rightfully garnered an enormous following over the decades, and resurfacing in recent years after a relatively quiet period, fans will be pleasantly surprised once more to learn of a brand new reissue (the first in a half-decade) of Richard D. James’ enduringly brilliant 1994 triple LP, ‘Selected Ambient Works Volume II’.

A sequel of sorts to the equally revered (and former CAS album of the month) ‘Selected Ambient works ’85-92’, this collection finds the prolific producer exploring darker realms – the sub-aquatic melancholia of ‘#8’; the crepuscular, droning doom of ‘#10’; and the meandering spectral giggles of ‘#23’. But despite the album’s eerie undertones, this LP album remains surprisingly accessible: a great entry point for ambient newcomers, and a perfect gateway to the worlds of Steve Reich, Terry Riley, and Brian Eno, each of whom are masterfully channelled here.

Repressed on high-quality heavyweight vinyl by the 1972 label, this LP is quite simply an essential addition to your collection.

Appreciation for the long-undervalued work of the late Arthur Russell continues to flourish in the 21st century – and justly so. A staple of the downtown music scene, whose work triumphantly dissolved the boundaries between the avant-garde and the popular, Russell’s music has been steadily reaching more and more new ears, in turn inspiring a whole new generation of listeners who’ve grown-up amidst the generic melting pot of the internet.

Having previously reissued the classic LPs ‘Tower of Meaning’ and ‘World of Echo’, prolific Russell fans Audika have returned once again with an excellent compilation compiling his ‘Instrumentals’ Volumes 1 and 2, alongside two compositions titled ‘Sketch for Face of Helen’ and ‘Reach One’. Recorded in 1974 at legendary NYC venue The Kitchen, ‘Instrumentals’ finds Russell drawing on his buddhist studies, musically exploring Indian, folk, and Western classical forms – filtering it all through his intrinsically soulful sensibility. In contrast, the aforementioned standalone compositions dive into Russell’s exploratory nature, deploying meditative textures and subversive tonalities in an altogether more experimental outing.

A certified Detroit classic returns this month in the form of Theo Parrish’s 2004 LP, ‘Parallel Dimensions’. Having recently re-acquired the rights to the album’s master recordings, this repress arrives courtesy of Parrish’s own imprint, Sound Signature, and boasts a brand new cover design alongside a fully extended track list, including a Marcellus Pittman collaboration entitled ‘Brain’.

A masterclass in hypnotic beat construction, the Chicago-born producer and selector’s sophomore full length charts a course through the meditative, blissed-out realms in which Parrish so masterful operates. Expect subtly crafted slow-burners such as ‘Nefarious Stranger’, infused with his typical brand of jazzy inflections, thick percussive grooves, and dusty samples extracted from the deepest of crates. In essence, it’s a stellar example of how a simple rhythmic intuition and a 4/4 beat can synthesise an irrepressible urge to move.

Pressed across 4 LPs for the first time, you’d be wise to move fast – these won’t hang around for long…

4. Midori Takada – Through the Looking Glass

Japanese records of the ‘80s have enjoyed a strong renaissance as of late, thanks in no small part to the musical wormhole of YouTube drawing them to the attention of a whole host of fresh listeners. One such revered album is Midori Takada’s ‘Through the Looking Glass’, which returns this month courtesy of WRWTFWW records, for it’s first repress since the album’s release in 1983.

Stretching above £600 on Discogs, this welcome repress brings the Japanese composer and percussionist’s debut LP down to a pleasingly affordable level, and provides a great opportunity for a new generation of collectors. One of the finest ambient albums to come out of Japan, Takada expertly melds humid field recordings, drifts of feather-light woodwind and resonant percussive swells, forming an imaginary landscape of peace and divinity without precedent. Her only album of the ‘80s, this LP would remain her finest moment, and you could hardly argue it’s lost any of its charm 35 years on.

This reissue is available both as a 33rpm single LP, or as a 45rpm double package for the “highest possible audiophile sound”. Either way, this is a rare opportunity to own one of the most sought after records of recent times – don’t miss out.

Returning for a new, special edition this March on the Disordered label, this deluxe pressing of Jodorowsky, Don Cherry and Ronal Frangipane’s legendary scene-composed recordings marks an important date in any record collectors calendar. The soundtrack melds an uncanny fusion of jazz instrumentation, eastern harmonies and organic percussion, resulting in a cross-cultural melange which feels as delirious and mystifying as it’s visual counterpoint’s cryptic narrative.

Housed in a silkscreened felt sleeve and pressed across 2LPs, it’s another rare opportunity to own one of the holy grails of record collecting.

Album of the Month Club: Nick Cave & The Bad Seeds...

Lenny Kaye and KT Tunstall joins Colleen 'Cosmo' Murphy to explain how the word freedom defines the album through and through: the social and sexual freedom of the era, the artistic freedom born of a city in crisis, and the freedom of rock ’n’ roll.
Read more

Album of the Month Club: Nick Cave & The Bad Seeds...