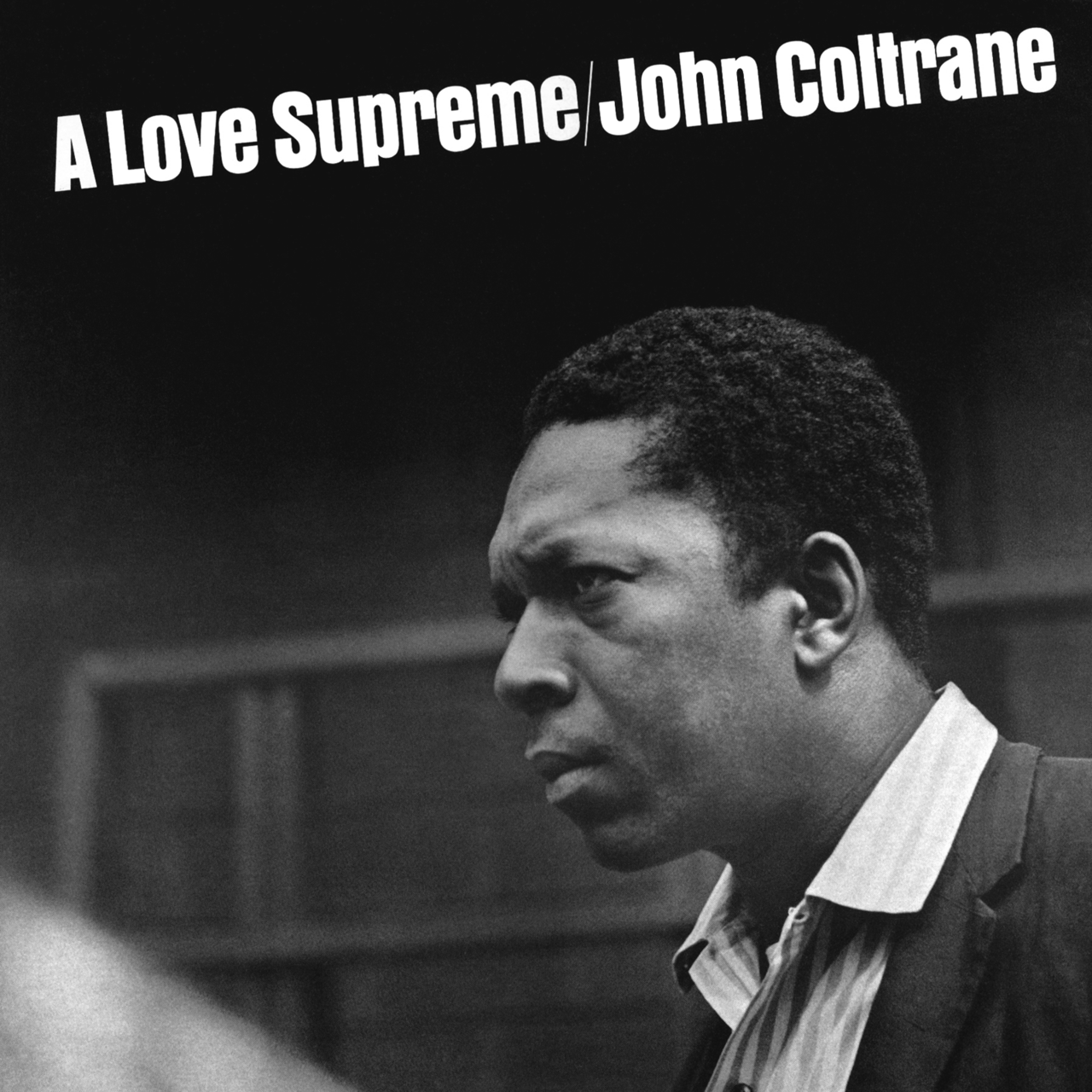 It is with joy and a bit solemnity we invite to another listening session tonight at the National Jazzscene with a classic we have long looked forward to presenting and hearing on our amazing Classic Album Sundays’ audiophile sound system.

John Coltrane’s poetic, intensely suggestive and heartfelt praise to God, A Love Supreme, remains one of the most significant and groundbreaking albums in jazz history. We will listen to the album in its entirety and catch up with three people who in different ways have a close relationship with Coltrane.

CAS Oslo host Kent Horne along with journalist, editor and writer Rob Young, saxophone player Marthe Lea and vicar Lars Martin Dahl, invites you to a different kind of Mass in Oslo’s sacred home of jazz, Victoria National Jazzscene, where the Gospel of St. John William Coltrane will be duly cultivated and illuminated.

SPIRITUAL AWAKENING
After a number of interesting recordings on Prestige, Blue Note and Atlantic in the period of ’57 to ’61 the saxophonists tenth album for free jazz friendly label Impulse! Records was ready for release in 1965 only four years later.

In 1957, Coltrane had “experienced, by the grace of God, a spiritual awakening which was to “lead me to a richer, fuller, more productive life” according to his own words.

The liner notes for the album were bursting with gratefulness and joy and showed a reverence towards the spiritual power that had helped him out of alcohol and heroin abuse in the late 50s and who had triggered a highly creative and productive period for him the next decade.

A Love Supreme was Coltrane’s declaration of love for this loyal divine companion who through various religions and existential philosophies had guided him throughout his life, and now culminating in half an hour with concentrated gratitude.

The album is built up as a suite in four movements in which McCoy Tyner, Jimmy Garrison and Elvin Jones went into the studio to improvise with Coltrane. Besides Coltrane’s own tenor saxophone as a lodestar he had prepared the quartet only with a few simple notes which would guide them along and otherwise let the session be inspired by a poem he had written and read to the three others before they all started.

SUPREME JAZZ MASS
As always, hi fi vendors Duet Audio and Midas Reference will be putting up for us one of their unblemished sound systems for the occasion. This way we’re given the opportunity to take in the music on the best terms as we dim the lights, turn up the volume and listen throughout the LP from beginning to end – only with short turnarounds for each batch of Universal’s lavish rerelease from 2010, a 200 gram double LP in 45rpm speed where the details fit to unfold from the first to the last groove.

LARS MARTIN DAHL
The parish priest in Grønland Kirke has emerged as an inclusive and unifying figure among Oslo’s city center-based people with all their differences, whether there has been talk about religious affiliation, sexual orientation or variegated musical tastes.

He has in fact been shepherding a special blessing to the jazz fans this summer as he was invited to the Kongsberg Jazz Festival to pour from his plump and judicious collection. Tonight he helps us to shed light on Coltrane’s relationship to spirituality.

ROB YOUNG
Many people know Young as editor of Norways main jazz rag, Jazznytt, where tonights record was well covered earlier this year. You might also have taken notice of his talented music journalism for The Wire magazine or read his book ‘Electric Eden’, realeased a few years back, where he dig closely into the history of British folk rock.

Deeply immersed in his forthcoming biography of German krautrock band Can Rob Young join us at the Jazz scene this blessed Sunday to share some thoughts about one of his biggest favorite records, A Love Supreme.

MARTHE LEA
The young saxophonist’s recently been referred to as one of our most exciting young jazz talents. Even 50 years after his death few wind instrumentalists escapes Coltrane. In what way does he influence young musicians today?

We look forward to hearing Lea along with the Norwegian trio Kiap at Kongsberg Jazz Festival next year, but for the curious and impatient this may be too long to wait – we’re therefore happy to reveal that she’ll bring her saxophone to Victoria tonight as well.

8.10 pm Q&A including the audience