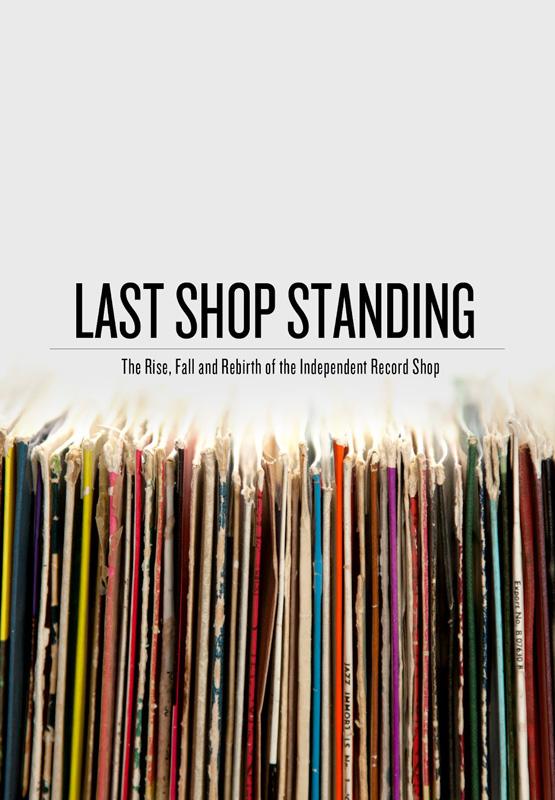 Vinyl is the format that the industry tried to kill off but luckily for us vinyl fans they failed miserably.

For me, my love of vinyl started as a schoolboy. I was born in Liverpool and each Saturday would visit the record shops of my home city and sometimes get the ferry over to Birkenhead to explore the shops there. I had started by purchasing 7” singles, ‘Ball Park Incident’ by Wizzard being the first. I think everybody remembers the first album they bought. For me I am proud to say that both the band and the record shop are still going strong today. Skeleton Records was the shop and the wonderful eccentric Sparks was the band. The album I bought was ‘Kimono My House’ which contained the Top Five hit, ‘This Town Ain’t Big Enough for Both of Us’.

I soon built up a vast collection of vinyl but with the invention of the CD my loyalty was stretched. The advances that CD technology brought enabled the record industry to re-sell to the public all the albums they already possessed. For awhile I bought into this before realising it was a case of the emperor’s new clothes.

The CD was soon to change the music retailing landscape. The inferior sound of the cassette meant it was the first to go. The industry had got greedy. They decided to screw the artists a little bit more by reducing their royalties on the new product under the pretext of increased development costs for this new wondrous CD product. It was now much more profitable to sell a CD than a vinyl record. It was not long before many releases were only coming out on CD. But vinyl fans are a hardy lot and despite the industry’s attempts to kill off the format and years of declining sales the format hung on.

Having spent nearly thirty years visiting and selling to record stores, I became increasingly disturbed by the sheer volume of shops closing. In 2008, I toured the country and interviewed 50 record shop owners about their lives in music. Those interviews became the basis of my first book Last Shop Standing (Whatever Happened To Record Shops?).

Between 2004 and 2009, 540 independent record shops closed but on old ally came to their rescue: Vinyl. The catalyst for this revival was an event called Record Store Day, launched in the USA in 2007 and in the UK the following year. Every third Saturday of April, record shops throughout the world organise events with most hosting live bands. In 2013 they released over 400 exclusive vinyl releases only available from independent record shops. Record Store Day got people going back into record shops and now records are suddenly back in fashion. Vinyl is being discovered by a new generation of buyers who are appreciating the listening experience it offers. Young bands are releasing their music on limited runs of 7” singles or EPs.

I still work for a record distribution company and back in 2009 less than 5% of our releases came out on vinyl. Now every key release comes out on CD, vinyl and as a download. Sales of decks are booming as record players have become the retro gift for the young. Both vinyl and record shops are back in fashion with vinyl sales showing dramatic increases in sales over the last 5 years. It is the record shop we go to buy our vinyl as you will never see the supermarkets racking LPs next to the baked beans.

So, thank you vinyl records. You are the saviour of record shops and the reason why since 2009 more independent record shops have opened than closed down.

– Graham Jones, author of ‘Last Shop Standing (Whatever Happened to Record Shops?)’ which last year was turned into a successful film. It is now available on DVD. His new book ‘Strange Requests and Comic Tales from Record Shops’ is out now. Both books and the DVD are available at the Classic Album Sundays Shop here.

Here is a tale from ‘Strange Requests and Comic Tales from Record Shops’ reprinted with permission:

BBC North East approached me to do a piece about how people buy music these days. I thought it best to do some market research so I positioned myself outside the HMV shop in Northumberland Street in Newcastle and approached the great Geordie public…

This first man I approached was about 30 years old.

Me: “Excuse me sir can you tell me when you last bought music?”

Young guy: “Neither, it was an LDV”

Me (looking puzzled): “Where did you buy this LDV?”

Young Guy: “HDV!” He then turned around and pointed at the shop behind me.

The penny dropped. He had bought a DVD from HMV!

A few minutes later I asked the same questions to a lady.

“Oooh I haven’t bought music for a long time pet!” she said. “It’s not that I don’t like music. I do, in fact I love it! The thing is I just don’t love it as much as butter!” I don’t know how I was meant to respond to this answer, but I just burst out laughing!

This is my favourite from a 50-year-old gentleman.

Me: “Excuse me sir can you tell me when you last bought music?”

Gentleman: “About 2 weeks ago”.

Me: “What format was it CD, LP or download?”

Gentleman: “If you spill something on vinyl it does not stain and you can wipe it clean, plus it’s much easier to lay than carpet!”

For some reason the gentleman had assumed we were now talking about vinyl flooring!

[ Past ] Classic Album Sundays presents An Evening with Joey Negro