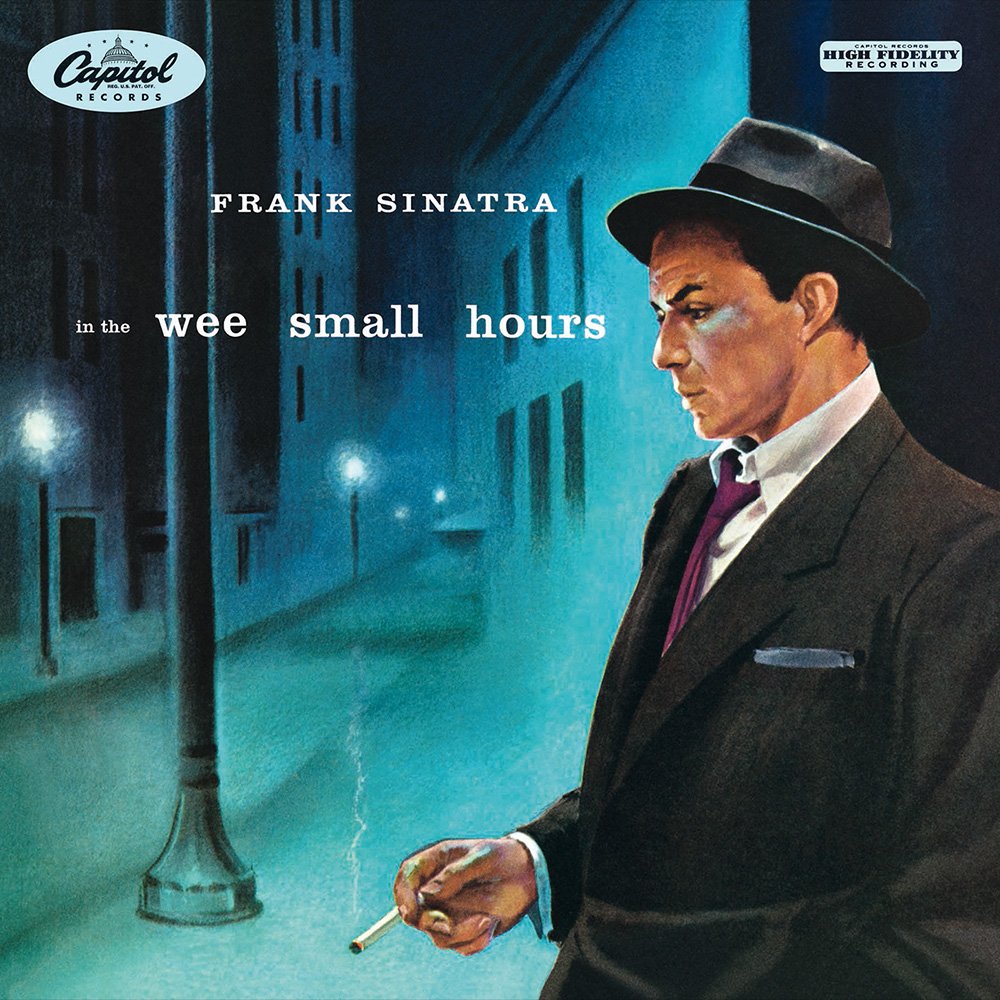 The Art of the Album Part One

Many of us first fell in love with music via the radio. The DJ turned us onto songs and if we adored a tune enough, we would buy it on a 7-inch 45 rpm single.

But when we fell in love with our first album, we realised that our affection for the pop single may have been more of a crush. For many of us, our first favourite album was an all-consuming passionate infatuation that possibly even changed our lives.

My obsession with the album began at the age of twelve, when my father gave me a hand-me-down GE Trimline portable record player (the American version of a Dansette). 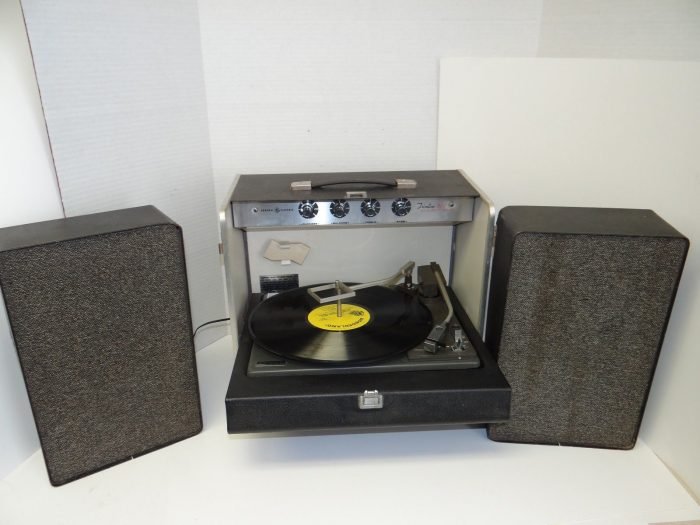 With my own record player in my own room, I no longer had to listen to what my parents wanted to hear in the living room (a selection of soundtracks and early Beach Boys), nor would I be entirely reliant upon a radio DJ to select my music. Now I could choose the music that I wanted to listen to in the privacy of my own room.

But I desperately needed some records, so I headed down the street to my uncle’s house. He was on the right side of 30 and pretty cool so I thought his collection would be a good resource, my first record library. I flicked through his albums and pulled out a few by The Beatles, The Stones, Crosby Stills & Nash and then I saw one record that had a gloriously cosmic album cover and featured one song that had always piqued my interest whenever I heard it over the airwaves. It was the 1967 album by The Moody Blues: Days of Future Passed. 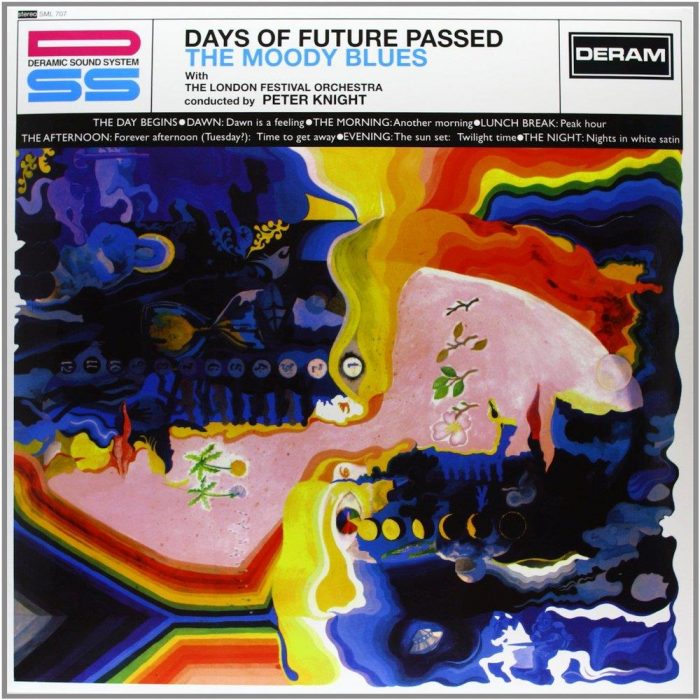 I brought it home and listened to it from beginning to end, drawn into the story, the unfolding narrative of the progression of a day (which I also interpreted as an evolution of a life). Starting with “The Day Begins”, ending with “Nights in White Satin”, songs linked together by orchestral interludes performed by the London Festival Orchestra, I sat and listened to this album over and over again, obsessively, and in one sitting, as a complete piece, fully immersed in its world.

Read more: The Legacy Of Arthur Russell In Five Records

Now, this album was not considered cool by my 12-year-old classmates, nor (as I later discovered) was it considered cool with the elite rock critic cognoscenti, but it didn’t matter, and frankly, it still doesn’t. This album changed my life. It deepened my love for music and it sparked a love for the album format. This experience inspired me to widen my knowledge of music, to begin record collecting, to start a radio show at the age of 14, to work in a record shop after school, to embark upon a career in music, and ultimately to start Classic Album Sundays.

A host of passionate musical affairs ensued (which I suppose you could call hi-infidelity). From the Sex Pistols album I picked up while shopping at the mall with my Mum, to the discovery of The Roland Kirk Quartet which was playing at the Boston record shop Nuggets, to albums by David Bowie, Stevie Wonder, Brian Eno, Black Uhuru, Joy Division, Charles Mingus, Velvet Underground, Alice Coltrane, The Smiths, Joni Mitchell, Prince, New Order, Kate Bush, The Butthole Surfers, Miles Davis, Radiohead, Can, Massive Attack, Love, King Crimson, Van Morrison, and of course, Pink Floyd – these are some of the albums that have defined different periods of my life in such a way that my record collection can tell the story of my life better than words. 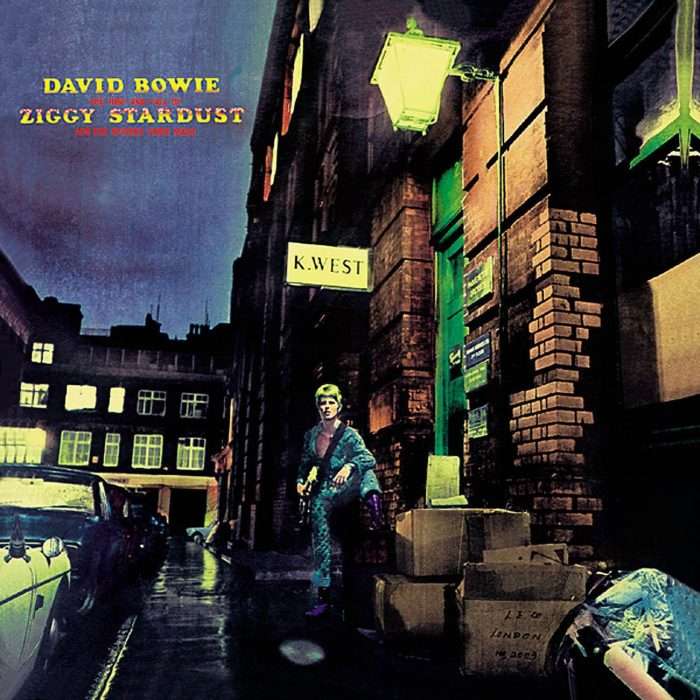 But what is it about the album that makes it such a powerful force? Why do so many of us music fans find the album format so compelling? Does the longer running time of approximately 45 minutes mean that we live with it longer, much in the way we are drawn in by and live with a long novel?

Is it because the format is a better snapshot of the artist’s then state-of-being, with all of its complexities and incongruities, and its relation to our own emotional state, than a 3-minute radio single is able to transmit? Or is it because the content of the album itself is somehow thematically interconnected and offers us a 45-minute escape into another world?

It may be one or all of these reasons, but that has more to do with the album format of the last half a century, as it hasn’t always had the same significance… 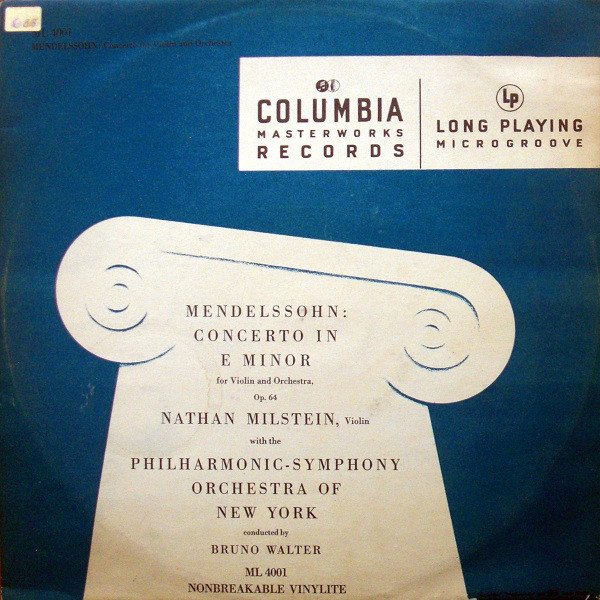 Columbia Records unveiled the 33-rpm long-playing record in 1948, one year before RCA Victor unleashed the 7-inch 45 rpm single. For the most part, the LP was associated with and the chosen format for classical music which needed more time per side to store the sonic information for a symphony and the LP could hold around 20 minutes of music per side. In fact, the first twelve-inch LP was a performance of Mendelssohn’s Concerto in E Minor with the New York Philharmonic. The music dictated the format.

The LP, or album, also became the format of choice for jazz and in the Fifties, artists like Miles Davis, John Coltrane, Ornette Coleman, Thelonious Monk, Dave Brubeck and the great Duke Ellington took full advantage of the format, allowing their compositions to stretch out in full concert arrangement or as a long live improvisation. 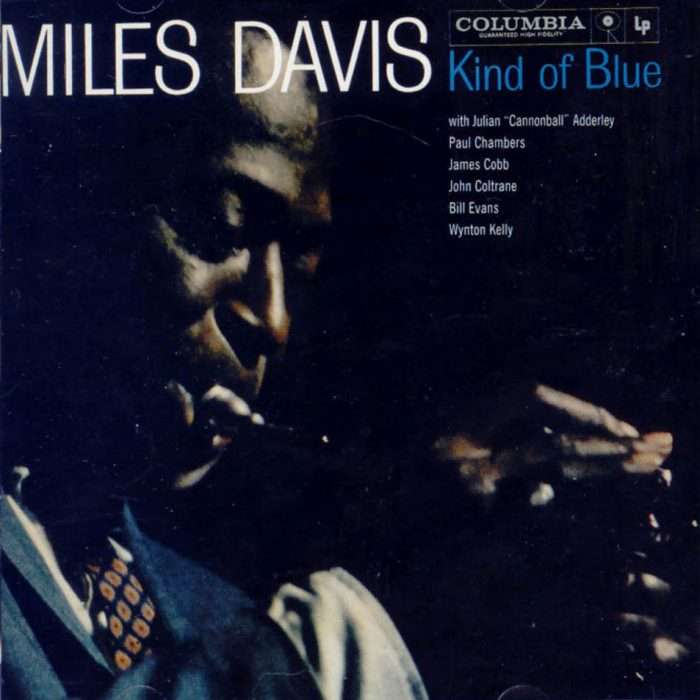 The album was also perfect for movie soundtracks and original Broadway cast recordings, some of which were their respective years’ best-selling album.

For artists like Elvis Presley and The Beatles’, whose albums did grace the best selling album charts in the Fifties and Sixties, the album housed a collection of their singles with some filler in between. The songs were not related in any way. The hits were often loaded onto the beginning of each side, sometimes track-listings differed between the UK and US releases and sometimes completely different albums were released in the respective countries. For the most part, the album was not a complete artistic statement for these pop acts, but there was one exception: Frank Sinatra. 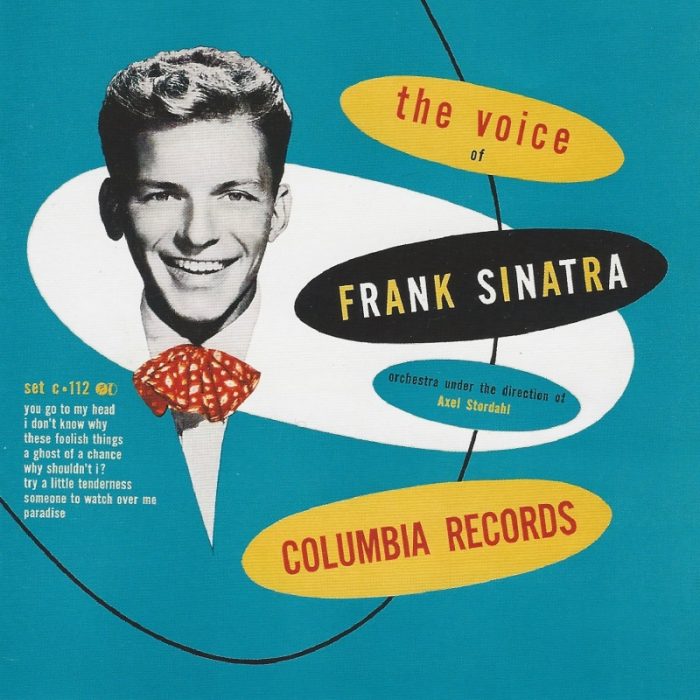 In 1946, Ol’ Blue Eyes released his debut, The Voice of Frank Sinatra, which was a set of four 78 rpm singles physically bound together in an ‘album’ much like a photo album which is how 10-inch 78’s were commercially presented. But it was also aurally bound together by a common mood, instrumentation, and his distinctive voice and phrasings. This ‘album’ was the first to feature a single popular singer, following in the footsteps of 78’s dedicated to the songs of a single composer. Two years later, The Voice of Frank Sinatra was released as the first ‘pop album’ on the new 33-rpm long-playing format.

Although he was popular, Frank was a serious artist who understood the difference between the frivolous pop single and the more sophisticated album format. After a career slump during which he lost most of his bobby-soxer following, he signed to Capitol Records where he was paired with arranger Nelson Riddle. 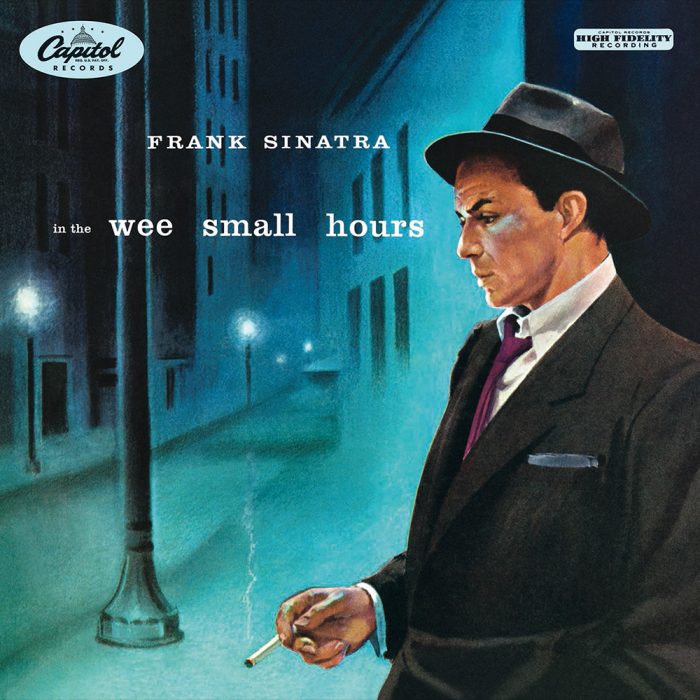 And then in 1955 he released In The Wee Small Hours, an album in which all of the songs dealt with interconnected themes mulled over while propped up at the bar after closing time: lost love, failed relationships, loneliness, and depression.

It was intentionally put together as a song cycle, or a group of songs designed to be performed as a unit, something Frank had been thinking about since his 1946 debut. He followed with other thematic albums such as Songs for Swingin’ Lovers and Only the Lonely, and in this way, Sinatra foreshadowed what the album format would become for other serious-minded musicians in the next decade.

Read More: The Art of the Album Part Two: The Sixties Transforms the Album

The Art of the Album Part Four