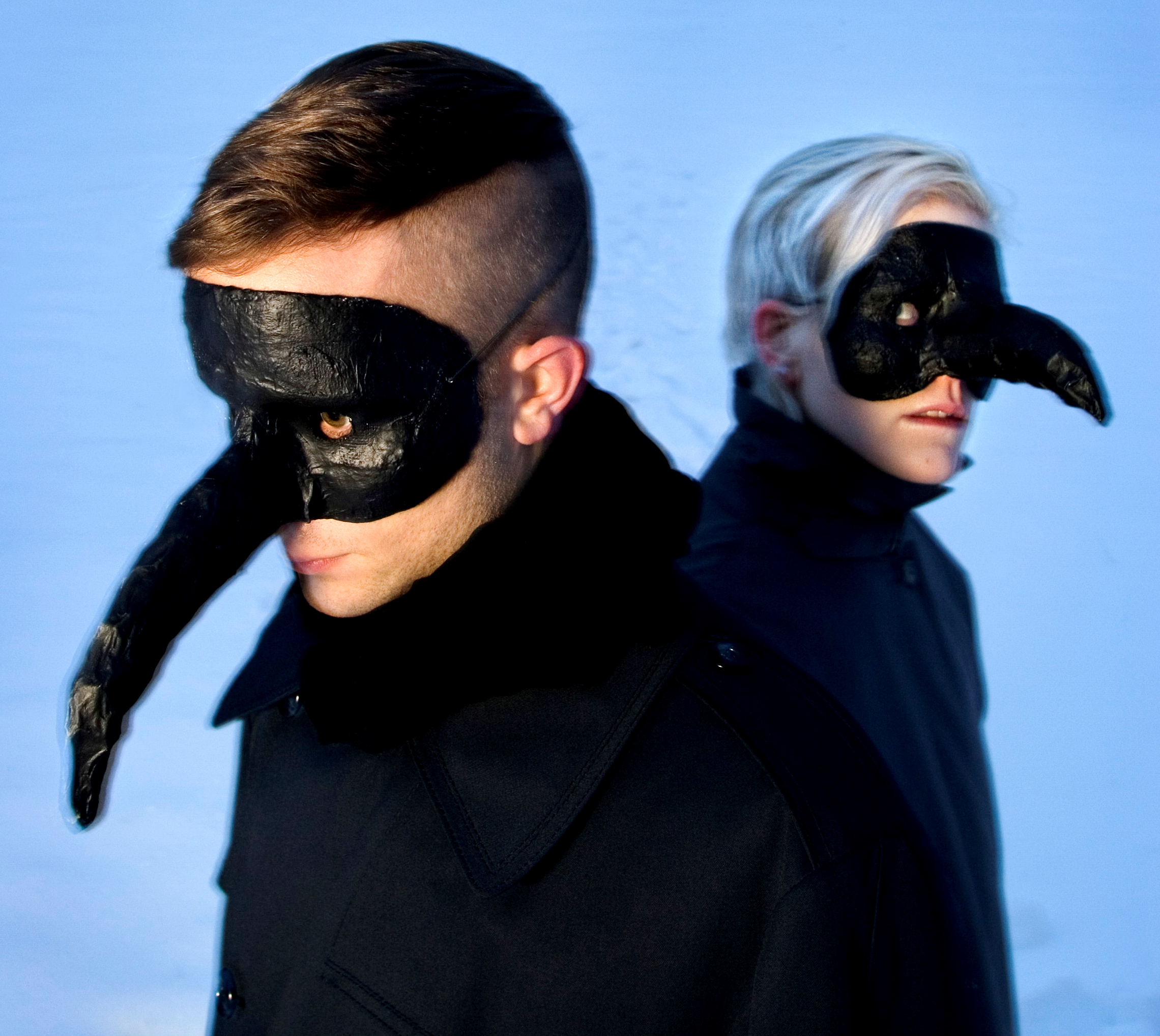 For ardent fans of Deep Cuts, the squeaky-clean, 2003 breakthrough album by Swedish synth-pop outfit The Knife, Shaking the Habitual might seem like the band’s final, ugly descent into lunacy. In a little over a decade the brother and sister duo of Karin and Olof Dreijer had undergone a slow yet radical transformation, shedding the seemingly benign digital innocence of minor chart hits like “Heartbeats” and “Pass this On”, and growing into a distinctly avant-garde force of considerable abrasiveness. On the contrary, as both their magnum opus and apparent swan song, 2013’s Shaking the Habitual is the fascinating outcome of a career-length artistic development; an ambitious concoction encapsulating the musical and social ideals the band could only partially articulate in their formative years.

Yet in the years following the duo began to depart from this initially banal style, burrowing their way toward an increasingly austere, mature, and crepuscular sound which belied their euphoric origins and hinted at desires to utilise their platform to greater ends. Their acclaimed third album, Silent Shout (2006), confirmed an explicit cynicism toward both form and content, announcing the arrival of an often indecipherable political commentary which would come to define their confrontational relationship with future audiences.

Operating as thoroughly liberal artists, the siblings’ shift towards the socio-political spectrum of music on Shaking the Habitual is perhaps understandable considering the broader context and rapidly changing political climate of supposedly progressive Sweden in the early 2000s. The Swedish Democrats, a right-wing nationalist party with roots in the white supremacy movements of the 1980s, had by 2010 gained parliamentary representation for the first time, claiming 5.9% of the national vote and 20 MPs (a share which would rise to 12% in 2014, making it the the third largest party in the Riksdag), and suggesting a long simmering shift in national attitudes towards immigration, gender equality, indigenous rights, and refugee crises. This was, of course, part of a broader global lunge towards conservatism, which anticipated the looming humanitarian issues emerging from the middle east, as a reactionary force against it’s impact on Western life. But as residents of a country renowned for it’s socialist past, the ominous future threat of this political swing, coupled with the deeper-rooted ascension of global inequality would understandably rile the temperaments of the Dreijers, encouraging the symphonic statement of Shaking the Habitual.

Adopting an expansive sound palette with a heightened textural and polyrhythmic complexity – developed in solo side projects Fever Ray and Oni Ayhun – the duo’s fourth and final album exhibits the artists at their ambitious and uninhibited peak. Sonically, the band’s once sterile, synthesised rigidity is replaced by an almost untameable organicity, volatile and volcanic in its eruptions of viscous tactility, yet amorphous and ultimately undefinable. It’s often unclear if Olof’s production is utilising tangible acoustic objects or meticulously spliced synth textures, as he crafts unsettlingly alien soundscapes with his now fulfilled and unique aural signature. The chillingly operatic “A Cherry on Top” evokes the absurdity of Herzog’s Fitzcarraldo in its parody of western baroque opulence, with what appears to be a grand stringed instrument, plucked violently as atmospheric drones swell around Karin’s strained and guttural voice. In relation to their now distant back catalogue, there is almost no sense of orientation, no musical foothold on which the listener can rest.

This is underlined by the geographical displacement of sounds and rhythms contained within the album’s hour and thirty-six minutes. Echoing Jon Hassell’s psychedelic Fourth World excursions, the duo explore alternate non-western tunings, dense polyrhythmic percussion and organically moulded textures, retaining a sense of pan-global futurism which attempts to realise the fusion of west and east mooted in the early 80’s via albums such as Eno and Byrne’s globe-trotting funk odyssey, My Life In The Bush Of The Ghosts.

Album opener “A Tooth For an Eye” channels both Balinese gamelan and west African drumming, distilled via the krautrock jams of CAN’s Jaki Liebeziet and Amon Düül, all layered beneath Karin’s cutting nordic howls. Likewise, “Without You My Life Would Be Boring” thrives in a cultural hinterland between eastern hyper-rhythm, germanic folk tradition, and nordic folklore, as dissonant flutes dart across the jagged landscape of frenetic hand-drums, Karin’s voice redolent of Hassell’s mutated trumpet, multiplying and stretching like a choir of fairytale creatures. Coupled with the continuing, if subversive, influence of electro and pop, it’s tempting to perceive Shaking’s globalised outlook as a riposte to the insular attitudes flourishing in Europe throughout the decade – an idealised blueprint of borderless creativity extolling the benefits of cross-cultural pollination.

Beneath the thorny sonic mass lies a daunting and almost incomprehensible network of cultural and political references. As avid readers of feminist literature, references to texts such as Margaret Atwood’s Oryx & Crake and Jeanette Winterson’s The Passion appear in both lyric and title, while the notion of gender roles emerges consistently in songs such as “Full of Fire”, with the acidic mantra “let’s talk about gender, baby/let’s talk about you and me” repeating ad nauseam. Consistently, Karin’s lyrics rely on absurdity and humour as means of expression (“A bucket of tiger pee / Come up with me / Bottoms up / Reaching a dream”), with rare moments of furious lucidity occurring on songs like “Raging Lung” (“Hear my love sigh / I’ve got a story that money just can’t buy / Western standards / Poverty’s profitable”).

Overall, Shaking the Habitual seems to have provided a vessel through which the group could conclusively put their ideals into practice – expanding their ensemble to include non-musicians and dancers, and encouraging a wholly democratic approach to performance, expanding on the collectivism of post-punk bands such as Scritti Politti. In the series of divisive performances following the album’s release – which featured little obvious instrument playing, but plenty of impressionistic dancing – the group would exclusively hire female technicians, in turn articulating a potent critique of a stiflingly male occupation. As Karin Dreijer notes in an interview with Alex Macpherson: “We have a very, very privileged position. We can put our ideas in practice, so we have to take responsibility and do that.”

As such, Shaking the Habitual resonates as the Dreijers’ final and finest act of joint provocation. With its twenty minute centrepiece of abstract ambience, and the nine minute metallic hellscape of “Fluid Fracking Injection”, the album feels inevitably and knowingly confrontational, challenging the expectations of their fans and brushing aside the confines of music market obligation.

In this sense, the group are far more interested in asking the difficult questions than they are in providing the easy answers. “If you always get what you expect, nothing would ever change” notes collaborator Halla Ólafsdóttir – a statement which speaks volumes to both the way we act as human beings and how we perceive art’s role in social change. As Karin aptly summarises, “…the goal is not necessarily to change things, but to plant a seed in people, to maybe make them question themselves a bit, to shake the habitual. It can only be a good thing.”

The Story of Kraftwerk ‘Trans-Europe Express’