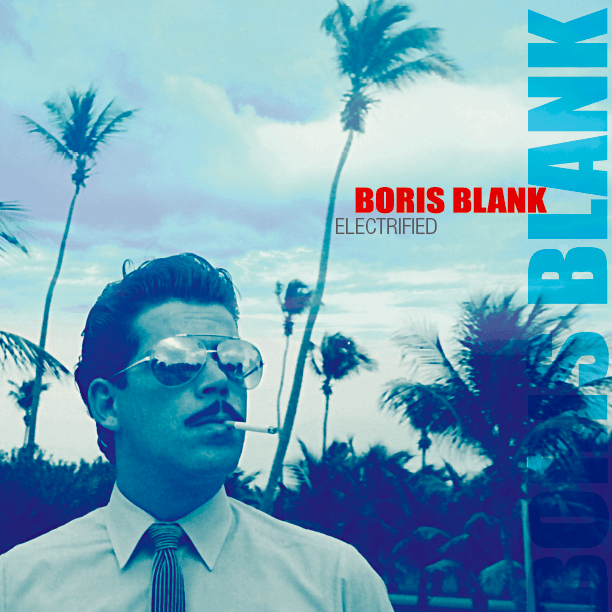 Zurich-born Boris Blank never set out to be a rock musician and never learned to play an instrument or read music. For him the world – whatever he heard, a motor, a clock – was music. When Boris started recording in the 70s, the sampler didn’t exist. He collected sounds and carefully edited these into tape loops, a process he still uses today.

Boris is the founder member of Yello who, along with Dieter Meier, created one of the most influential electronic bands of the last 40 years. Their unique combination of music, video, art and humour has left a lasting impression on a generation of artists and fans. Their most notable successes were ‘Bostich’ (81), ‘Oh Yeah’ (84) and ‘The Race’ (88).

During this time, Boris wrote many soundtrack ideas that were never publicly released until now. This month sees the debut of his first ever solo project which features over three hours of unreleased soundtracks from 1977-2014 presented in a beautifully packaged multi-media box-set titled ‘ELECTRIFIED’. The deluxe box set is a collection of 60 unreleased soundtracks presented across four formats. In the analog domain, there are three vinyl LPs (180gm) and one MC audio cassette. For those who prefer CD, the mini-box contains the three vinyl LPs as a double CD. Twelve films and animations are included on the DVD.

ELECTRIFIED contains the songs, remixes and extended versions from the Avant Garden soundtrack series. There are new pieces written this year plus ‘Rote Fabrik’, a rare album from the 1977-83 archive and a fascinating insight into the building blocks of Solid Pleasure and Claro Que Si. Finally, there’s a 36-page booklet of personal Boris Blank photographs, biography and comments.

On Wednesday, 8 October, Classic Album Sundays will celebrate the release of this wonderful box set with a special listening session of one of the vinyl discs on our state-of-the-art audiophile hi-fi at Shoreditch House. The big news is that our special guest will be Boris, himself! CAS founder Colleen will conduct an exclusive live interview with Boris before the album replay and then after the album finishes, guests will have the chance to ask their own questions during a Q & A.

Tickets are sure to sell out quickly so don’t wait!

Tickets: Free for members on a first-come-first-serve basis and £20 for non-members here.