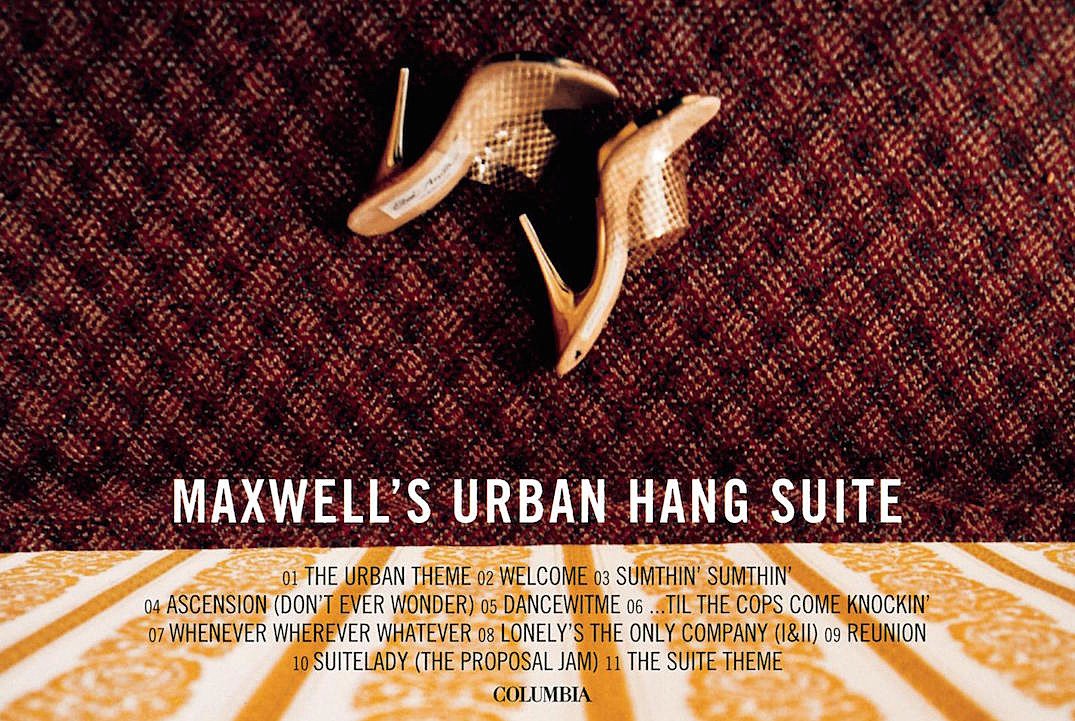 When Maxwell started to rise as a young pioneer in the R&B/neo-soul genre, critics called him “the new Prince” and for good reason. The crooner’s debut album, Maxwell’s Urban Hang Suite, resurrects the full band grooviness from late 70s/80s R&B artists, like Prince, Marvin Gaye, and Michael Jackson, in a time where it was sorely missed. In 1996, the genre transformed its sound with more electronic and pop elements, ultimately spawning some of the biggest hits of that decade, but Maxwell’s Urban Hang Suite keeps its admirable funkiness in tune – it starts as soon as its opener, ‘The Urban Theme’ takes its first breath over your speakers. His angelic voice also donates a whole new sensuality behind discussing sex and love from making love ‘’Til the Cops Come Knockin” to finding a ‘Suitelady (The Proposal Jam)’ to marry and nurture for a lifetime. 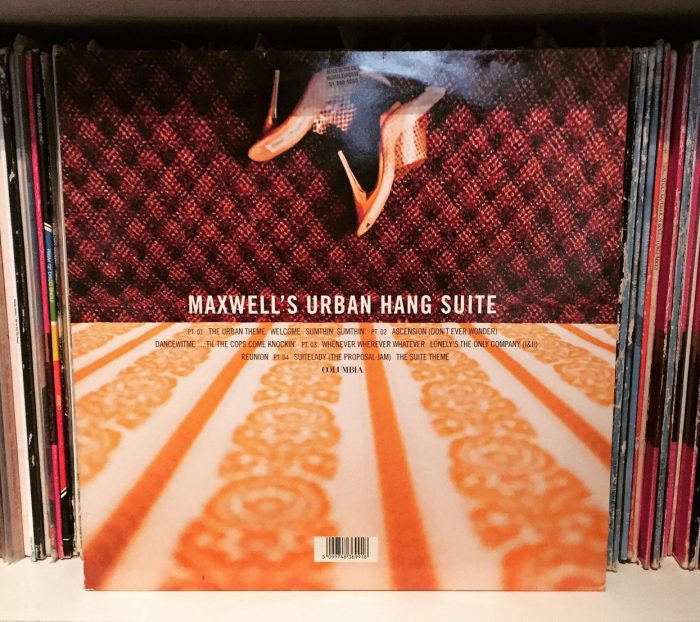 The first half of the album contains the album’s most addictive and sexy grooves. As Maxwell sings them, he attempts to lock eyes with a lady and seek intimacy. In ‘Ascension (Don’t Ever Wander)’, his dreams materialize, inspiring him to spell out how his body physically reacts to what he sees: his heart beat increases, his mind transports him to a new paradise, and his ears hear a new rhythm. If Maxwell is inside someone, his partner will also feel what is inside him too. ‘’Til the Cops Come Knocking’ details the aftermath, where he strokes their back and lips, “opens [their] oceans” (if you can imagine that), and be “[their] lotion” for the evening.” He claims his lover is embarrassed by the way she “freaked” after experiencing his persuasion but leads her to a calm when he admits the most essential piece to this sex is their natural connection.

Maxwell’s wish to get intimate isn’t centered around his own sexual gratification but the ability to show affection. What makes Maxwell a true gentleman is his ability to blend this sexuality into genuine love and care – sex is a physical stepping stone that makes the truest love come to life.

The latter half of the album is mostly composed slow jams that are slightly more painful considering this fantastical arrangement falls apart. He confesses the longing of losing a soulmate, the loneliness that results, and the joy when blessed with a reunion. In ‘Whenever Wherever Whatever’, he makes basically anything in his existence available for whomever is lucky to have his heart; here, he could forgo the use of one of his senses just to make his dreams of love come true. Love is a relentless game, but if you maintain faith, the pain will help conglomerate into the most passionate embrace.

The chunky basslines and wah-wah guitar effects donated by Melvin ‘Wah Wah Watson’ Ragin stacked all over the album stir up so much sexual tension that it is hard not to feel like loose and ready to love, or at least to give love another shot. Whether Maxwell’s band is building a slow or fast burning composition, every layer is composed with control and showcases smooth finesse. For you vinyl junkies – this album is worth finding on wax. The basslines sit so clearly in the mix it may even make your floor shake!

Leon Ware, the producer behind this album and Marvin Gaye’s I Want You, most definitely reinforces that philosophy. Ware was recently interviewed by Pitchfork in celebration of I Want You‘s 50th anniversary, and he discussed his admiration for love in genuine forms. He was frequently requested to soundtrack porn films, but always turned them down for their artificiality. “For me, the way we are here on this planet is by way of sensuality. That’s the wonderful thing about black music and black artists from me and Marvin to many others. We made it our business and our life to say things that were intent to put people in the bedroom, or wherever the moment struck.” To top it all off, the album was released on what would have been Marvin Gaye’s 57th birthday. Not only did he celebrate being a contemporary to such a great and sexy man, but also strove to make his own mark in the genre’s legacy. With Maxwell’s Urban Hang Suite, he undoubtedly did.