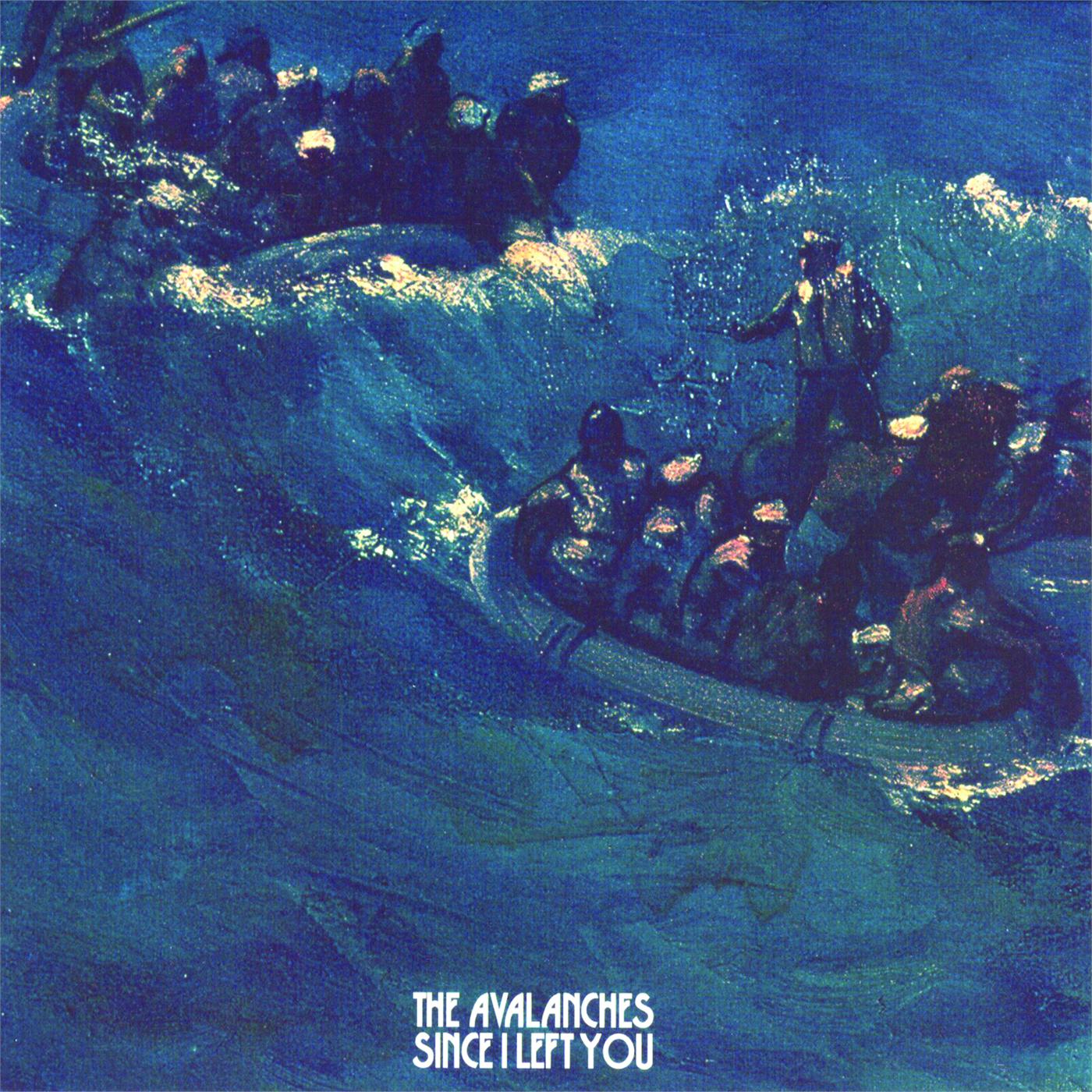 In the opening scene of the music video for The Avalanches “Since I Left You”, two miners are trapped in an underground abyss, surround by dirt and nothingness until they hear the opening notes of the track. The angelic and harmonious intro inspires them to search for the beat’s origin and break through some wooden planks to find a dance studio, where two dancers are performing an interpretative dance of the song for two judges. To embrace the paradise The Avalanches create with the track, one of miners, Arthur, joins the girls in dance, hilariously enough, and disappears into a mysterious flash as their final statement, never to be seen again.

A similar circumstance happened with The Avalanches themselves until very recently, but there’s a lot of complicated history behind their musical genius. The band initially spawned as a Beastie Boys-meets-trip-hop group with their debut EP, El Producto. The release’s lead single, “Rock City” instantly caught the attention of record label executives with its crazy enthusiasm and production, including original lyrics and instrumentation, turntable scratching, and a kaleidoscope of vinyl samples. So many records were used during their live performances turbtablist Dexter  Fabay to made each record airborne once it was used. They were eventually signed to Modular Recordings in Australia and Rex Records in the UK. Undersea Community, a UK-exclusive EP released soon after their signing, is the only other release in this rap-rock vein before they would journey further into their record collections and explore the wonders of plunderphonics. 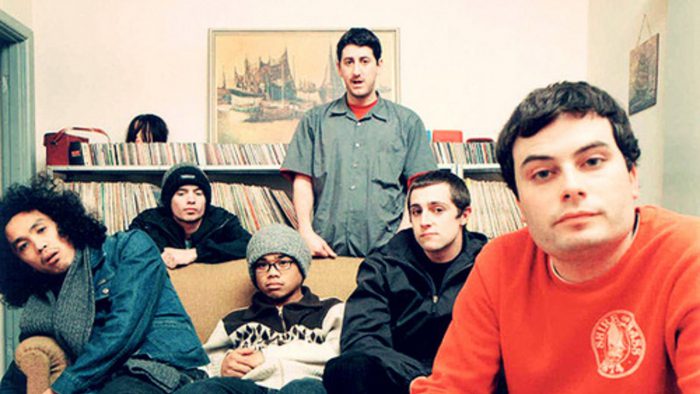 Plunderphonics is a music genre that utilizes one or many audio samples to create a new, original composition. The genre was officially named by experimental producer John Oswald after composing an essay on its specifications and a few albums highlighting the style. These releases were experimental and proved what was possible within the genre (his 1993 album Plexure  is a twenty-minute string of one-thousand samples tied together), but it was later mastered and made notorious by DJ Shadow, J Dilla, and The Avalanches.

DJ Shadow’s debut album, Endtroducing, was hip hop’s first exposure to plunderphonics and was labeled as the Guinness Book of World Records as their first album completely composed by sampled content. The album creates dark and spacey soundscapes and takes a number of unexpected turns that makes the listening experience endlessly surprising and exciting, regardless of the album’s despairing tone. Josh Davis, the mind behind DJ Shadow, was celebrated from revive abandoned, obscure records and give them a new life through sampling, making the album’s artwork of two crate diggers in a record store appropriate.

J Dilla found similar inspiration when composing his magnum opus, Donuts, on his death bed after being diagnosed with an incurable blood disease. The album was composed largely from samples yanked from soul 45”s and resulted in a thirty-one song track of beat skits. Each one proves Dilla’s genius as he stretches the potential of a few-second sample to expand multiple minutes of funky headspace. Since its release, Donuts  has been widely celebrated and recycled in a number of notorious rappers, such as MF Doom, Taleb Kwali, Nas, and Erykah Badu.

Both albums were composed by a sample controller and turntable, making it hard to believe that such depth and complexity can be created with mere simplicity. The Avalanches took it one step further and created the closest thing to a Jackson Pollack painting with Since I Left You. The album is composed of over 3,500 vinyl samples, taking influence from DJ Shadow’s crate digging antics, to create an endlessly exciting experience fitting for any party, in-depth listening session, or mourning period in someone’s life. The seven-piece producer collective sought to “to find our own little corner of the musical universe, a spot where [they] could just do [their] own thing rather than be in competition with anyone else,” and that, they did.

The variety of samples included on Since I Left  You is explained best in their music video for “Frontier Psychiatrist”, also serving as the album’s most popular single. The video gives each   sample physical representation on a grand stage— it’s surprising that everyone could fit without falling off! The detail given to each character accentuates how many different cultures, time periods, and beings are represented in the song, and every actor acts with an exciting vitality just as the song calls for.

The humor of the band is also well-represented in the “Frontier Psychiatrist” music video as each character vocalizes their respective sample: two professors banter back and forth about “frontier psychiatry”; a personal trainer fashionably tightens her buttocks; a turtle with a man’s head cries “you’re a natural!”; two cowboys challenge each to a kazoo battle; and a set of false teeth stewing in cleaning solution even has its say. The song also features two oddly-placed but awesome samples of horse neighing and parrot talking, which also appear in the video. Hilariously enough, the parrot is actually a woman imitating her parrot during a recorded discussion on finding religious through animals. The band found it hilarious during the production process, and it serves as one of the most twisted moments on the album.

The cohesive nature of Since I Left You  is another impressive and oddly unique features of the band, like these humorous samples. In an interview with Pitchfork, Dexter Fabay and Robbie Chater stated the album was initially slated as a concept album, detailing a love story of a man moving from country to country in search for the one he loves. The band’s combined record collection covered the territory, but it was a paper best left on paper and was eventually abandoned. Instead, the band want to create a party album that felt like one complete piece, where every song feels perfect only in its original form. The band’s meticulous nature may have caused them to lose their minds, considering it took three years to collect the album’s samples and a year-and-a-half to compose the album. Nonetheless, they composed a seamless album that is hard not to repeat after one listen.

This dedication really shines through when listening to Since I Left You on vinyl. Typically, I find it refreshing to listen to a record in two or four listening segments, depending if it is a one or two disc pressing, to fully process the songs on each side. The breaks that enter a listening space when the needle writes on the blank vinyl makes that inevitable, but I really wish it weren’t the case with Since I Left You. As soon as the needle is dropped on the first time, your ears feel as if they were exposed to audial ecstasy, and when a side ends, I feel forced to launch out of my chair and quickly flip the vinyl to make sure the good feeling doesn’t fade away. That alone gives the digital or CD version of the album do justice, even though the vinyl version projects the deepest electronic tones and orchestral arrangements with amazing clarity.

The vinyl release of Since I Left You is a controversial one, though.  When The Avalanches were piecing together the album, most of the samples came to life by accident or in the moment. Not to mention, they carried a case of creator’s remorse and believed the album wouldn’t catch on to any widespread acclaim, so they barely kept track of the samples they used. To their surprise, the album was received as an instant classic and sparked production for an international release, forcing them to recollect all of the samples either by memory or searching through vinyl collections and unlabeled floppy discs. In the end, the band and their labels were able to clear most of the samples, but some were inevitably discarded.

The original vinyl pressing of Since I Left You, released by Modular Recordings in 2000, contains The Avalanches’ original composition of the album with all intended samples. When the album was given an international release, XL Recordings repressed the album but without some subtle samples here and there. These include the intro sketch of “Radio”, dialogue in “Diners Only”, string and flutes excerpts in “Little Journey”, “Summer Crane”, and “Extra Kinds”, and some of the masculine vocal samples on “Frontier Psychiatrist” (the span of lyrics starting with “Psychosomatic, that boy needs therapy”). While these samples don’t make or break the overall appeal of the album, dedicated fans of the album should keep an eye out on the Modular pressing to hear the album’s initial form on wax. To see the complete list of samples included on the XL Recordings pressing, click here.

Despite the overwhelming acclaim The Avalanches received from the press and their fans while supporting the album on tour, they paused production of new recorded material for sixteen years. While they made occasional live appearances, they never delivered word on when a follow up to Since I Left You  would be released. Fans relentlessly uncovered live recordings, radio takeover sets, and other odds-and-ends recordings. All of them offer a completely unique interpretation of their sampling tastes. For example, Dexter Fabay, the band’s former turntablist, took over the boards at Triple J six months before the international release of Since I Left You  and smashed together pieces of album along with a completely new library of samples, representing what probably what could have been on their debut album but just didn’t fit. Dig around for these recordings, if you’re interested- it reveals amazing context to how much thought and effort was put into the production of Since I Left You.

Australian artists Astral People, Jonti, and Rainbow Chan took it another step further it composed a complete live rendition of Since I Left You to be played by a 17-piece band at the Sydney Opera House in 2013. The show was only performed a handful of times and was endorsed by The Avalanches — they even added to the performance by providing many of the vocal samples used on the album. After watching videos of the performance, it’s evident how addicting and fulfilling the album really is — the band members are jumping up and down and elevated with joy. While it is basically impossible to recreate every subtle moment on the album, they successfully proved why  Since I Left  You is a modern classic that stands the test of time all these years later.

Last week, The Avalanches finally resurrected their legacy with their first single in sixteen years, “Frankie Sinatra”. The track is a major success in matching what is popular in hip hop today as well as creating a broad and kooky instrumental beat that only they can make. Their sophomore album, Wildflower, will finally be released on July 8th, 2016. The band said, “it’s so fucking party, you will die”, and their label stated, “they’ve made the record of their lives, basically,” so prepare yourself for another musical adventure that will change your perspective on electronic music once again. We may never know what The Avalanches have been up to all of this time, but if it’s in any way similar to what Arthur’s partner in crime says at the end of the “Since I Left You” music video, I’m sure they had a damn good time.