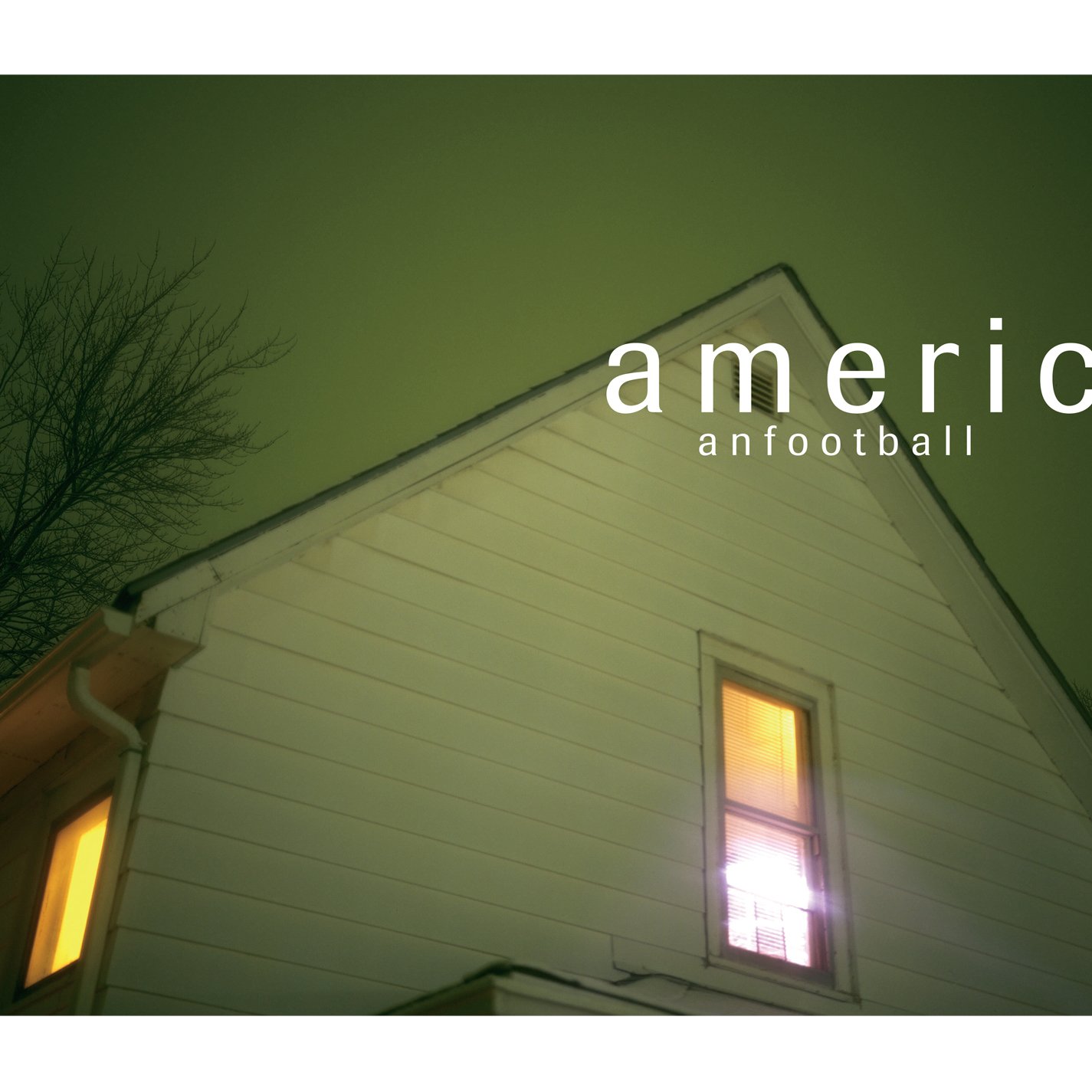 Autumn is a bittersweet season. The change of color makes my hometown, Chicago, radiate with fervor, making any walk seem like one inside a painting. The weather fashions a mixture of cool and warmth, making it easy to establish comfort on your own terms. On the other hand, it also represents the death of summer and connections made with people outside — the world just feels bigger when there isn’t as much hiding. The cool sparks fewer adventures, makes risks seem less appealing, and causes some social and romantic connections to fall through the cracks. All of this contributes to a stew of emotional rumination.

American Football, composed of Mike Kinsella, Steve Holmes, and Steve Lamos, is a band whose hibernation is far from imminent when September begins. They would rather not “Stay Home”— they are more willing to take on the social, physical, “so-so”, and emotional bearing of life, just as Kinsella sings on the album track. As a result, they are forced to watch the dust of “fools [who] leave too soon” settle and contemplate why they are lonely and troubled. Considering that, their eponymous debut American Football is the perfect album to listen to while watching the leaves fall— it’s an ideal soundtrack to reflect on the past in a delicate and reflective manner. It’s also seen as one of the most influential records of the emo genre, providing the genre with a new aural sensation that strays from its hard-hitting punk roots.

The core of American Football’s songs is primarily composed by Kinsella and Holmes’ beautifully-layered guitar work. They listened to composer Steve Reich to learn how each of their parts should interact with each other— the best reference point for this is his “Electric Counterpoint” compositions. In the liner notes dedicated to the album’s 15-year anniversary reissue, Holmes described their song crafting process, “Mike and I used to joke about how I was the ‘lead rhythm’ guitarist and he was the ‘rhythm lead’ guitarist: my parts were usually in the higher register where Mike held down the low end.”

When you listen to the album, keep an ear out for this separation— it can be heard most clearly on “Never Meant”. Holmes plays the opening riff, and after thirty seconds, you can hear Kinsella enter the mix with strums from his low-F string and higher strings using fingerings closest to his guitar’s headstock. The trend stays relevant throughout, especially when Holmes creates the song’s most memorable guitar licks with his high guitar register.

Each track on American Football utilizes a different tuning some times made up by Holmes  (only one track, “The Summer Ends” is written in standard), and they rarely strum chords. Instead, they compose repetitive guitar arpeggios that change shape every 30 seconds— each riff is stretched to its fullest potential before moving on to the next. They pack four or five chord changes into each song, but no matter how fast or slow they’re picked, they donate the same numbingly beautiful and sparkling soundscape. Kinsella and Holmes attribute this sonic quality to the influence of bands like Codeine, Nick Drake, Elliott Smith, Red House Painters, and My Bloody Valentine.

For that reason, American Football is seen as an early predecessor of post-rock, a genre dependent on a band’s instrumentals carrying a voice that speaks at soft and loud volumes. They make plenty of room for that on the album, considering every song except “Never Meant” contains less than 50 words in its lyrics. When Kinsella sings, he typically blurts out small phrases at a time, most likely to avoid singing and playing their complex guitar arrangements simultaneously. This gives them ample opportunity to fill in the duration of each song with as many riffs repeated for as long as they will live. As a listener, it’s meditative to breathe the cool, easy air they produce— every tuning feels like it’s plucked from your heart strings even without the lyrical content.

Steve Lamos donates the most energy and variety to the band’s tracks behind the drum kit. His playing never involves the typical high-hat/snare combinations and explores many interesting rhythms without overwhelming the guitar parts. It makes sense he’s primarily influenced by jazz artists, like Weather Report and Miles Davis— he donates texture to each song’s continuously evolving foundation. If there were an ensemble in the picture, he could easily develop a unique arrangement for numerous horn or woodwind solos. His left-field contribution to the band is his trumpet playing, which is featured on “The Summer Ends” and “For Sure”. The guitar parts on those tracks are subtle, giving Lamos prime opportunity to sing using his gorgeous brass scales.

What makes American Football an essential piece of the emo genre is Kinsella’s lyricism, which often details a heavy heart, sadness, and confusion. At the time of the recording, everyone in the band was about to graduate from college. Since most of the lyrics were written on the spot before they were recorded, they largely reflect on feelings surfaced from the uncertainty of moving forward.

He wishes to forget “everything sad” in “Never Meant”, laments on relationship regrets in “But the Regrets are Killing Me” and “I’ll See You When We’re Both Not So Emotional”, and comments on the ability to handle all this turmoil in “Stay Home”, making you wonder if the emotional exhaustion is worth it. The lyric that pinpoints all of this grief into one is featured in “Honestly”, where Kinsella opens with “honestly, I can’t remember my teenage feelings and their meanings.” Even if he can’t recall the specifics, the uncertainty and turmoil expressed here say enough.

“Never Meant” is truly the centerpiece of American Football, both for the band and their listeners. In the deluxe edition liner notes, Holmes claims it’s the song the band was most proud of and features their most organized and diverse performance. The guitar lines compliment each other perfectly, having Kinsella man the bass-like backbone while Holmes unleashes an array of twinkling, sweet lead guitar lines. The song’s atmosphere feels like it’s dictated by an emo kaleidoscope, one that compliments sadness and deep reflection but also contains bright tones and optimism. While “Never Meant” is the start to American Football, it is also the ending— Kinsella looks back, after experiencing everything else he sings about on the album, and distinguishes how it feels to understand the unknown— if things we never meant, at least they know now.

At first, American Football saw their entire existence as something temporary and they broke up before the album was released by Polyvinyl Records in September 1999. They didn’t bask in any glory, even though many celebrate the album as the most important emo album of our time. When American Football turned fifteen in 2014, the band announced a reunion tour. After an overwhelming response, they decided to return to the studio and record a second self-titled album, which is set for release on October 21st 2016.

The album’s first two singles express new maturity, both instrumentally and lyrically, while still showing their emotional vulnerability. It’s possible that Kinsella, Lamos, and Holmes felt all of the beautiful things their fans felt for fifteen years before they returned to the stage. American Football is a powerful album that cues meditation, sadness, belonging, and triumph into nine songs. When you allow the album to make an impact, it announces reprieve in knowing any problem can be assessed in their brooding peace.