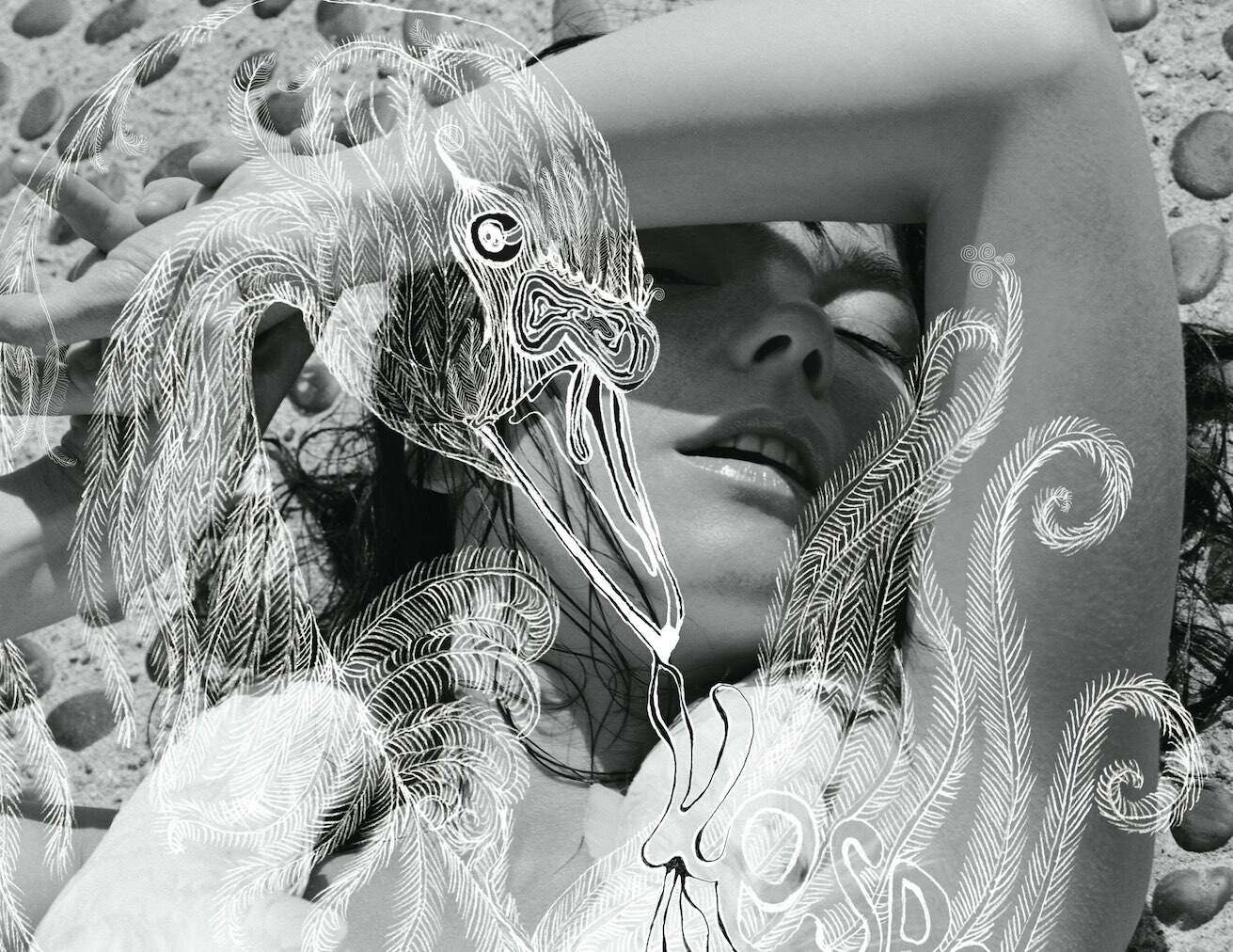 The weird and wonderful contours of Björk Guðmundsdóttir’s voice demand musical accompaniment that not only gives her talent the space to flourish but matches the ambition of her dazzling vocal refrains. It’s a creative challenge that has given her career an interesting and occasionally difficult trajectory, imbuing her music with qualities that are enticing to some and perplexing to others. From her roots in Iceland’s punk and new wave scenes right up to her recent critically acclaimed avant-garde ballads, she has tested the limits of adaptability, framing her voice with production that takes in techno, house, hiphop, rock, folk, and everything in-between. This risk-taking attitude has, whilst enabling its fair share of misfires, given rise to moments of serendipitous beauty, in which every element of her music aligns to form one detailed, absorbing whole. Vespertine is one of those moments.

Read: The Legacy Of Björk in Five Records

Despite its lack of high-profile singles, this sleeper hit is perhaps the most carefully considered and cohesive entry in Björk’s discography. It would come to be known as one of her most empowering and subversive albums, created at a point in her career where she found herself at the height of global fame and at odds with the allegedly abusive and controversial director Lars Von Trier, in whose film, Dancer in the Dark, she had recently starred. The experience of shooting this emotionally intense feature with the future Anti-Christ creator had been so traumatic for the singer that she declared her retirement from acting soon after its release. Whilst she fulfilled her duties recording the film’s soundtrack, Selma Songs, Björk worked on her own music to counterbalance the unpleasantries of her day-job. Her previous album, Homogenic, released in 1997, had introduced a bold new-direction to her artistry – a sonic leap of faith that combined lush orchestral string arrangements with electronic beats in a way that felt both refreshing and timely.

Vespertine, however, would mark a turn away from what its creator described as the “macho” energy fuelling this progression, choosing instead to paint a detailed picture of femininity through both its lyrics and sound. As Björk struggled to embody the extroverted actor during daytime, the night saw her recede into a cocoon of quiet familiarity that encouraged the singer to allocate the working title of Domestika to her project. Seeking to construct architectural music that was as intricate and delicate as an antique doll’s house, she set about assembling a sonic vocabulary of “modern chamber music”, composed not only through recordings of miscellaneous household objects but also hard acrylic music boxes, harps, clavichords and an array of obscure plucked instruments – the quality of which would be less degraded by the file compression needed before the listener could download her music online.

Björk enlisted the help of American experimental electronic producers Matmos to add the final polish to her finished songs. The pair used their technical expertise to continue the process of “taking something very tiny and magnifying it up to big”, constructing microcosmic beats made from footsteps in the snow, a deck of playing cards, and intricate glitchy patterns. The result foreshadows the emergence of what is today known as ASMR – Autonomous Sensory Meridian Response. This online phenomenon, popularised through websites such as YouTube, uses tactile sound to stimulate a paresthesia response: a tingling of the scalp, neck, and spine, which, for some, can lead to a state of “low-grade euphoria”. Recently, the rise of whisper-pop, spearheaded by teenage icon Billie Eilish, has taken this principle to the heart of mainstream culture with innovative results. The eighteen year-old’s nightmarish ‘Bury A Friend’ sounds like a gothic inversion of the forward-thinking ideas Björk was exploring on Vespertine.

This sensual kaleidoscope is the undercurrent to some of Björk’s most intimate expressions of love and desire. These unapologetically explicit depictions of female sexuality were influenced by her new relationship with the visual artist Matthew Barney, with whom she would later have a daughter. On songs such as ‘Cocoon’ the power of her desire is overwhelming, the lyrics describing sex in a “saintly trance” and with “miraculous sensitivity”, blurring the lines between carnal passion and divine intervention. The song’s minimalist yet strangely enveloping production wraps around her dynamic performance, which, whilst never raising much beyond a whisper, portrays a range of emotion that is as impressive as it is unique to Björk’s vocal register, breaking down into pure exhalation in its most exhilarating moments. Further explored on songs like ‘Sun In My Mouth’, Björk’s emphasis of the feminine sexual perspective on Vespertine marked her disregard for this cultural taboo, exposing its sexist undertones whilst demonstrating the beauty of allowing this viewpoint to flourish in mainstream works of art.

Read: The Story of Björk ‘Homogenic’

The album’s broader theme of “introverted romance” explores the way in which this desire and passion intersects with the patterns and pleasures of the natural world – the delicate lattice of a snowflake, the feeling of ice beneath your feet, and the impossible beauty of the Aurora Borealis lighting up the night sky. The landscape has always held a significant power over Björk’s work and here it provokes comparisons to myths and legends on ‘Aurora’ and an internal sanctuary on ‘Hidden Place’. You can almost hear Iceland’s volcanic fauna bursting through the surface of ‘Frosti’ and ‘An Echo A Stain’, as if they were crafted from recordings made on a walk through the wilderness. But on Vespertine, this is used to evoke something deeply internal – as Björk notes: It’s about the universe inside every person. This time around, I wanted to make sure that the scenery of the songs is not like a mountain or a city or outside, it’s inside.”

Listening now to her recent run of critically lauded albums its easy to hear Vespertine’s importance and influence on the way in which Björk sings about her relationships. Released in 2015, Vulnicura is an open wound that portrays the visceral pain of losing your lover, whilst 2017’s Utopia shows how that heartache can slowly morph into a newfound sense of hope and freedom. The tactility of her music highlights the way in which she depicts these feelings as engulfing experiences, allowing the listener to exist inside and feel their way through her songs like interactive installations. Vespertine is the archetype of this principal and remains one of the finest examples of its success.

Boards of Canada ‘Music Has The Right To Children’ By Jim...