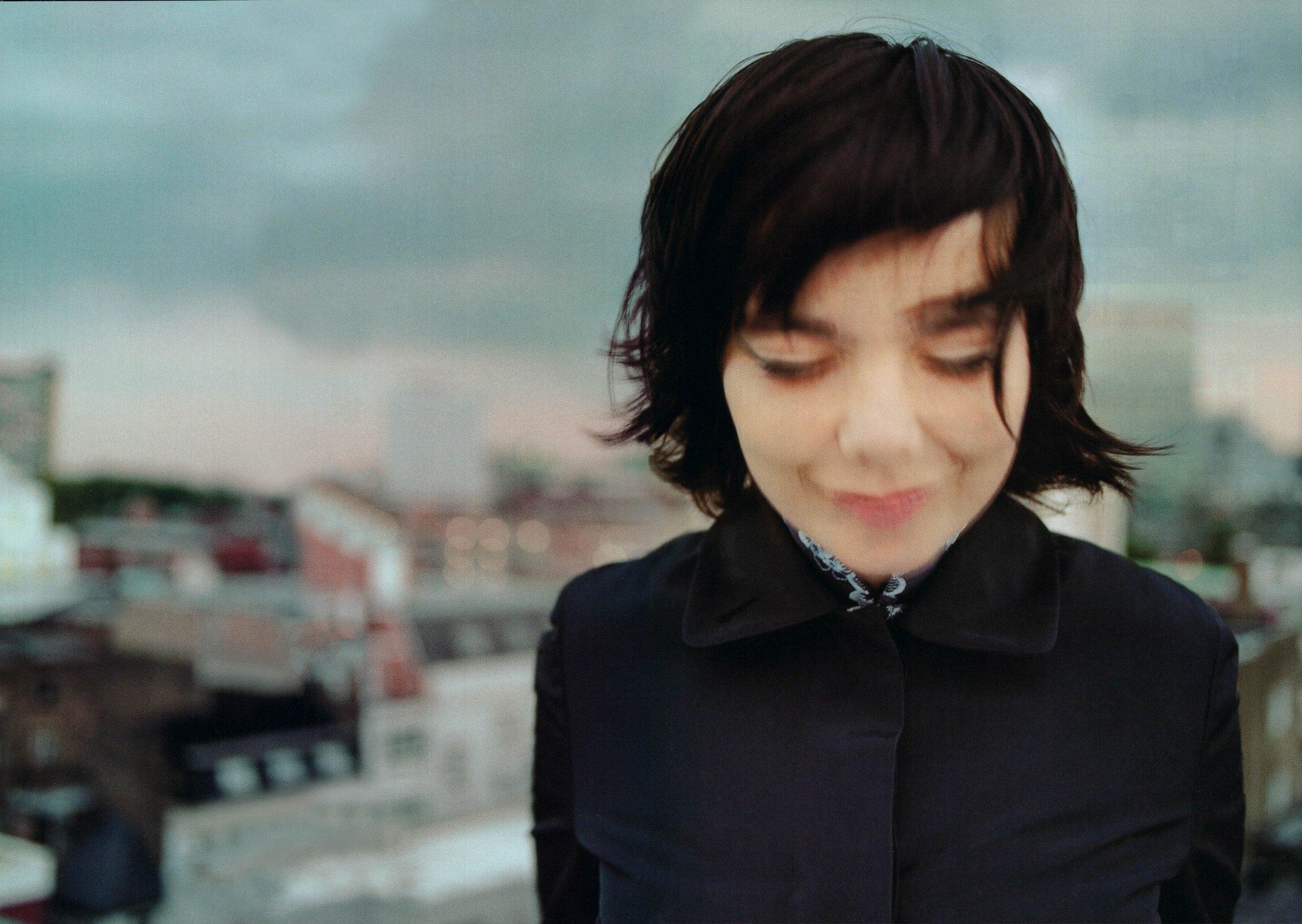 “As a music nerd, I just had to follow my heart, and my heart was those beats that were happening in England. And maybe what I’m understanding more and more as I get older, is that music like Kate Bush has really influenced me. Brian Eno. Acid. Electronic beats. Labels like Warp. And if there’s such a thing in pop music as a Music Tree, I see myself on the same branch… I’ve been calling it ‘matriarch electronic music.’ So I think that was the heart I was following.” Björk in Time Magazine 2015 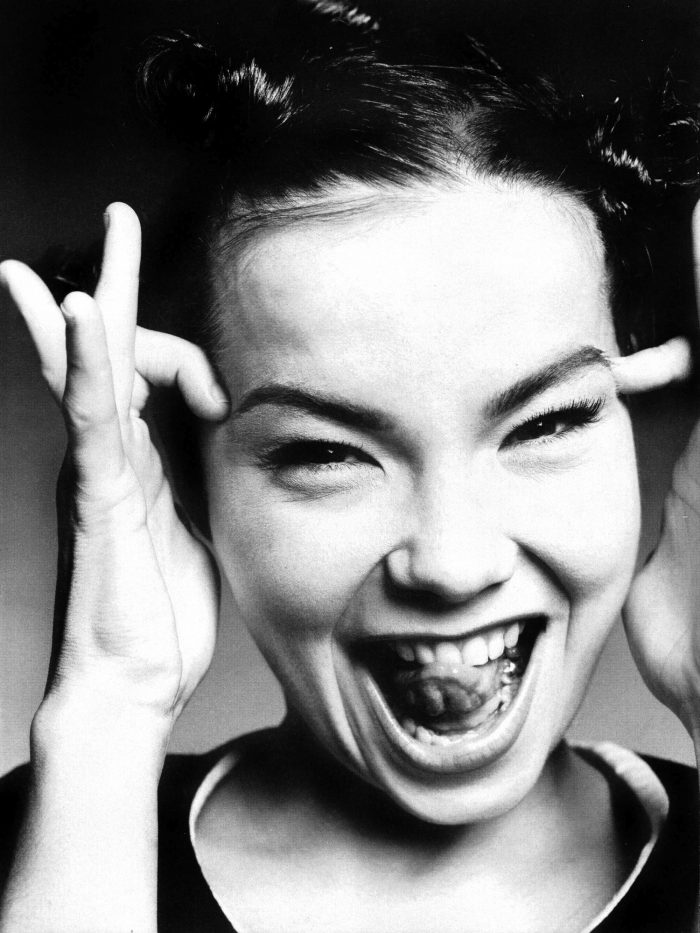 From my first listen to The Sugarcubes’ debut album Life’s Too Good at my college radio station WNYU, I have been fascinated by Björk. Her strikingly powerful voice that is able to leap from a howl to a whisper, her playful use of the English language, her single-mindedness as an artist, and the gravitas of her presence and performance have always been compelling. 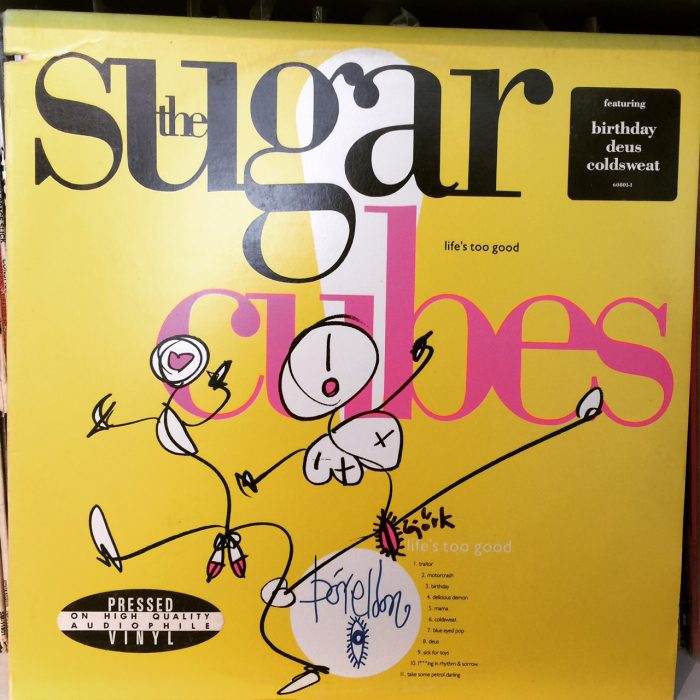 I also greatly admire how she has kept her fans on their toes whilst wrapped around her finger. Her solo album Debut didn’t pick up where The Sugarcubes left off, but instead explored the beats and bass-lines of London’s acid house scene and enlisted Massive Attack producer Nellee Hooper. But the album wasn’t a straight-ahead dance album, as it had a fluidity that morphed into pop or a lush ballad with strings courtesy of Talvin Singh. She wanted defy categorisation and instead labelled her music “Björk music”.

Her following album Post reflected her new life in London and was even more musically diverse drawing upon trip hop, techno, IDM and electronica that she somehow morphed with a pop sensibility and string arrangements by Eumir Deodato. It was more of a collaborative effort with an array of producers including Hooper, 808 State’s Graham Massey, Howie B, her then boyfriend Tricky and Björk, herself. 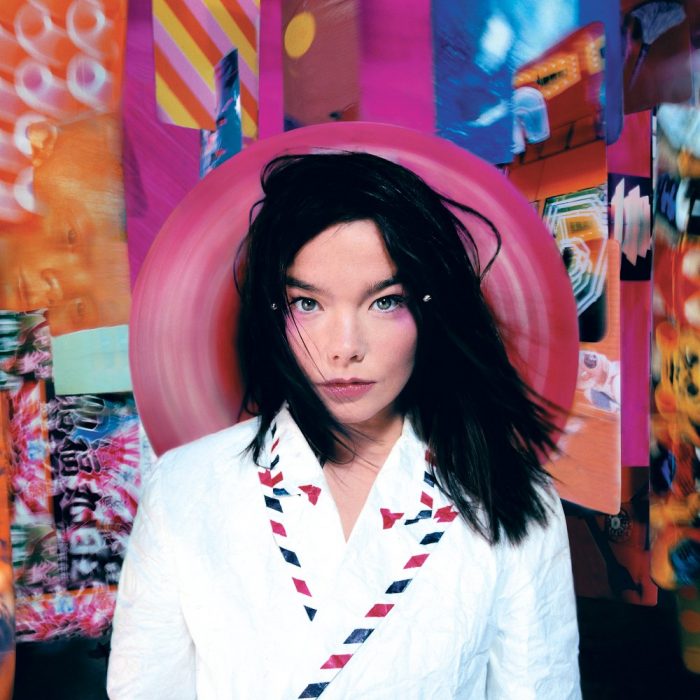 Her unique approach as a singer, performer and producer and her overall Björk-ness commanded a dedicated following who wait with bated breath to see what she would deliver next. However, some fans found her mercurial musical nature difficult to grasp, so for her next LP she strove for more of a singular flavour throughout – about as close to homogeneousness as she could get – hence the title Homogenic.

With this album, Björk dug even deeper into London’s underground electronic scene, the sounds of which she absorbed, processed, and transformed into her most experimental work up to this point. She initially intended to produce the album herself and started writing with Brian Eno co-producer Marcus Dravs in her own home studio. She later opted to recruit other producers and brought back Howie B with whom she had collaborated on “I Miss You” for Post. And she was finally able to snag pioneering producer Mark Bell of LFO, who along with Eno and Stockhausen, was a big inspiration and would remain a collaborator through to her 2007 album Volta. Other production credits went to Seal and Bomb-the-Bass co-writer Guy Sigsworth along with Björk, herself.

The sounds on the album were a marriage between her love of strings once again orchestrated arranged by Deodato and this time performed by the Icelandic String Octet, and her infatuation with abstract electronic beats and sonics which she felt were just as pure. She told Jam! Magazine, “Most people look at technology that it’s cold and people that use synthesizers and all these samples are lazy bastards who just have everything on tape and just press ON and out comes the song, which of course, isn’t true. Synthesizers are quite an organic, natural thing.”

The name Homogenic also suggests the concept of home. While recording she revealed to Jam!, “I’m really seeking after something that’s Icelandic. And I want it to be more me, this album. Debut and Post are a bit like the Tin Tin books. Sort of Tin Tin goes to Congo. Tin Tin goes to Tibet. So it’s all these different flavors, me sort of trying all these different things on, which is very exciting, but now I think it’s a bit more Björk goes home.” On the song “Unravel”, one of the album’s highlights and a favourite of Tom Yorke, she used a traditional Icelandic choir singing technique which was a combination of speaking and singing. 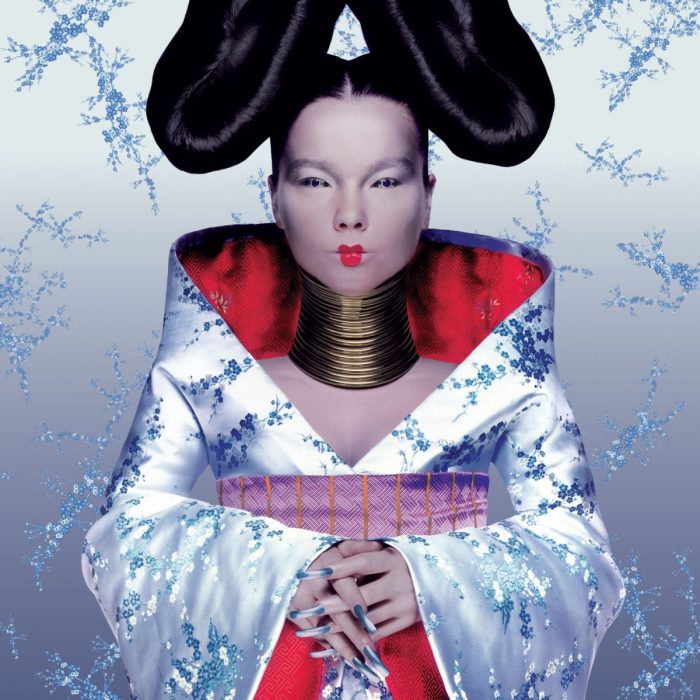 To the magazine Oor, she relayed that “in Iceland, everything revolves around nature, 24 hours a day. Earthquakes, snowstorms, rain, ice, volcanic eruptions, geysers… Very elementary and uncontrollable. But at the other hand, Iceland is incredibly modern; everything is hi-tech. The number of people owning a computer is as high as nowhere else in the world. That contradiction is also on Homogenic. The electronic beats are the rhythm, the heartbeat. The violins create the old-fashioned atmosphere, the colouring.”

And the album also conjures a shifting idea of home as the album was finished in Malaga, Spain where Björk retreated after the trauma of two events triggered by her newfound fame that caused her to consider stopping music altogether. One was the very publicised and controversial attack on an intrusive reporter who approached Björk’s young son at the Bangkok airport during a time when she needed a break from the constant touring. But even more harrowing was the stalker Ricardo Lopez who was so upset by Björk’s relationship with drum and bass artist Goldie, that after posting her a mail bomb, he videoed himself committing suicide whilst listening to her music.

Luckily for her fans, Björk powered through and used her music as a healing process. She produced an album that stretched the emotional gamut: the anger and violence of “Pluto” almost hearkening back to her punk band Spit & Snot, to the more tender and delicate “Unravel” and the cinematic beauty of “Bachelorette”. The Homogenic album cover was designed by her friend, fashion designer Alexander McQueen, and shows a defiant yet exquisite warrior princess, one who is committed to and will defend her art no matter what life throws in her way.