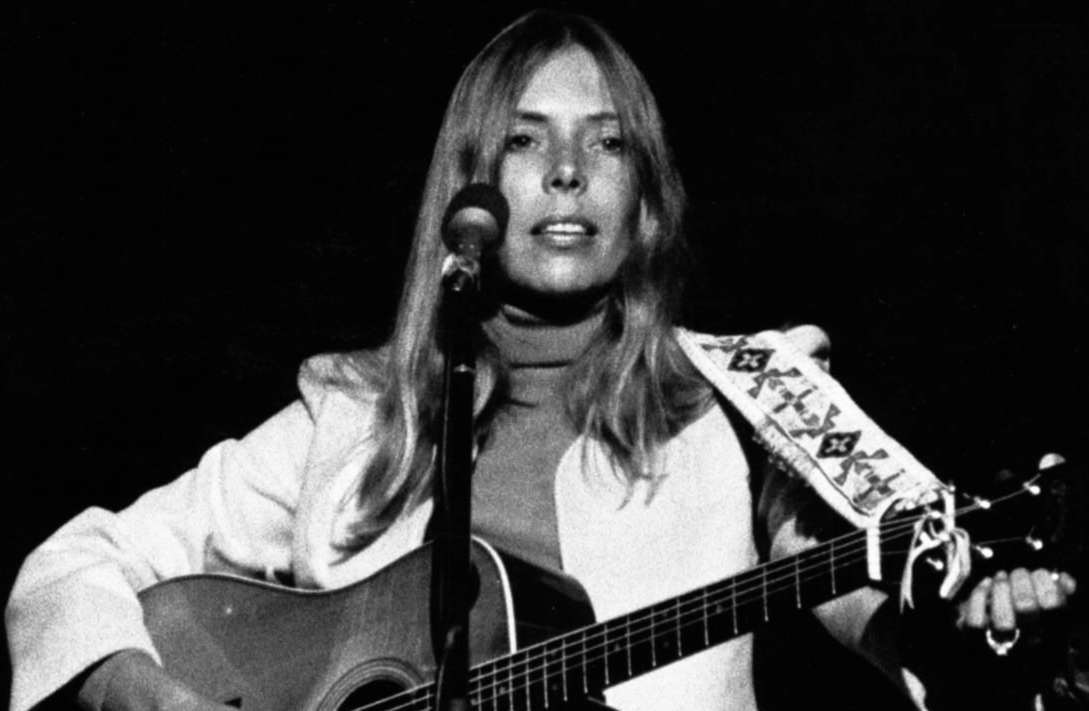 The blossoming of Joni Mitchell’s career coincided with the end of an era in her adopted home country. As the ‘60s disintegrated before their eyes the young, countercultural, and artistic communities of America were left disillusioned and disenfranchised by a decade of political assassinations, raging battles in Vietnam, and a psychedelic drug culture turned sour. The ‘70s was to be a decade of governmental subterfuge and military defeat, underscored by a growing sense of apathy amongst those who had once been such passionate defenders of common morality. By 1971, she was three albums in to her most widely celebrated era, and preparing her fourth, Blue – a record which would change the way we talk about pop music forever. 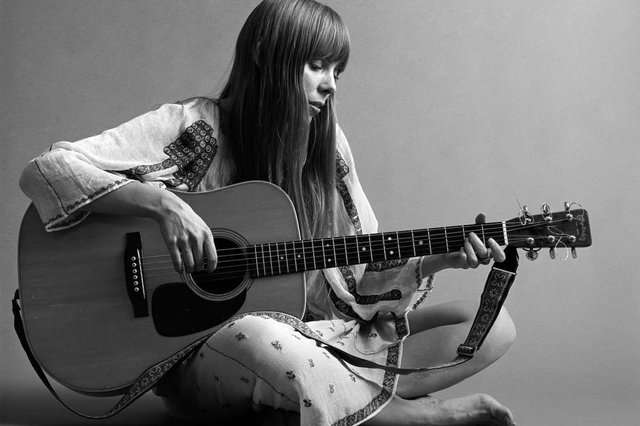 Mitchell has often been described as a “confessional” songwriter despite her personal hatred for the reductive term: “You’re Imprisoned. You’re captured. They’re trying to get you to admit to something.” Rather, her true skill lies in the ability to convey autobiographical details in universal terms; to find life’s greatest and most complex themes in the tiniest of subjectivities. This is perhaps most explicit in Mitchell’s poetic expressions of pain. On ‘Little Green’ she recounts the process of losing her daughter, called “green” so that “winters can not fade her”, and of feeling “weary of lies” that her ex-partner is “sending home”. The song was written in 1966 shortly after she had signed the papers to give the child “a happy ending”. It’s a gut-wrenching story, laying bare the feelings of naïvety of inadequacy that so many new (not least single) parents feel. Her plaintive, elegiac delivery transcends the specifics to evoke something innately maternal, encouraging empathy even in those of us who have no direct experience with this kind of trauma.

That same power charges her depictions of romantic passion and heartbreak. On the vibrant, melancholy ‘A Case of You’ Mitchell describes a past infatuation so potent that it flows in her blood like “holy wine” and pours out onto the lyric sheet in lines of colourful prose. Its religious imagery calls to mind the blind devotion encouraged by a young and idealistic view of love – of entwining your body and soul with that of your lover until you are inseparable. The song could have been about Graham Nash or Leonard Cohen, but her intention was to convey a female perspective on this kind of relationship. The necessity of this viewpoint was made clear by the brash sexism of ‘70s rock journalism. Around the time of Blue’s release Rolling Stone had named her ‘Old Lady of the Year’, then ‘Queen of El Lay’, and rather unbelievably, produced a slut-shaming diagram of her supposed affairs and romantic conquests.

But Blue isn’t all sadness and heartbreak. Some of the album’s most upbeat and hopeful song’s take inspiration from Mitchell’s globe-trotting break, on which she escaped the glare of the limelight and found a revitalised perspective on herself and her homeland. Written whilst she was in France, “California” describes the tension between nostalgia and wanderlust, expressing the depth of her homesickness by singing that if she were back in California she would even be willing to kiss a policeman. The song’s travelogue, stream-of-consciousness narrative lends the song a breezy, freewheeling nature but the real comfort comes from knowing that home is always there, waiting and ready to welcome her back with its familiar embrace.

Without Mitchell’s unique sense of melody and harmony Blue could have been a rather miserable experience for the listener – the raw dissection of an artist’s soul. The lush tonality of her voice shines a ray of light on even the darkest of subjects, warming up cold words and resonating with hope in the face of despair. This is made all the more remarkable by the fact that she had never experienced any formal musical training or learnt how to read music in the conventional sense. The damage caused to her left hand by Polio as a child had required her to adopt a series of unique guitar tunings – over 50 of which she has since used throughout her career. As she recalls, there were benefits to her unconventional methods: ”In standard tuning, it seemed to me that it had been mined out, so no matter what colours you put together, you’d heard it. It was like it had all been laid out. So by twiddling the strings and going off into this adventure into the unknown, you coughed up fresh chordal progressions…”.

Blue will always remain the archetype of the modern break-up album, exerting, as it still does, an incredible influence on artists as popular as Taylor Swift, Ed Sheeran, and Frank Ocean. Its breathtakingly honest depiction of pain, and its personal ramifications, still stands unrivalled thanks to Mitchell’s rare symbiosis of vocal talent, songwriting skill, and contextual power. Upon playing the album to her friends, she recalls that “they all shut down, even Neil Young. The only one who spoke up was Kris Kristofferson. He said: ‘Jesus Joni, save something for yourself.’”.
Given her celebrated and highly varied discography, Blue’s masterpiece status is made all the more incredible when considered alongside the likes of Hejira, Court and Spark, and The Hissing of Summer Lawns. Its a testament to just how deeply it has connected, not only with her own era, but across every generation since its release in 1971, inspiring the kind of life-time devotion that so few artists could ever hope to achieve. We may never hear another album quite like Blue, but who could complain? Joni Mitchell has already given us everything we need.