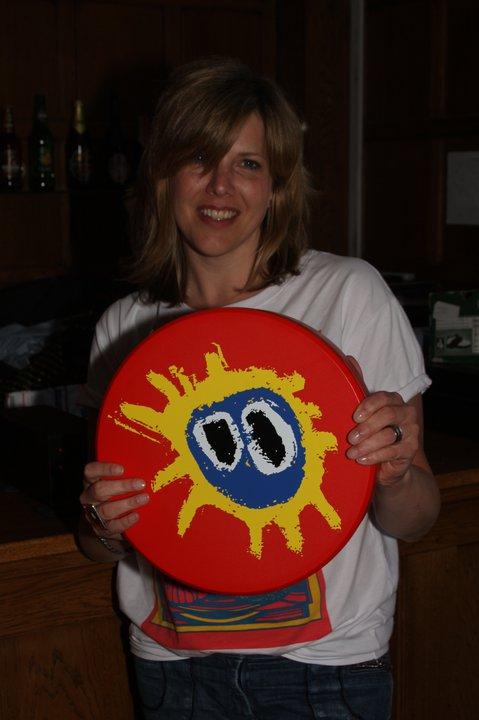 Classic Album Sundays is five years old this month. I pinch myself and conjure my best Ziggy Stardust impression, “Five years, what a surprise…”

It was September 2010 when I ran into my friends, pub-owners Declan and Shereen Perkins, in the playground, and over the cacophony of climbing and crying children, I asked if I could use one of their fine establishments for an album listening session. It never crossed my mind that the event I had fantasised about, shaped from a teenage-hood spent listening to records in my room, record shops and a 10-watt radio station, would have lasted beyond a few months.

Ideas quickly sprang to action and a few weeks later, the van and babysitter had been booked, the crew assembled, our living room hi-fi dissembled and I found myself schlepping vinyl, audio equipment and an oil lamp up the stairs to The Hanbury Arms function room. What was I thinking?

I am being facetious, as I know exactly what I was thinking. I wanted people to hear music in the way in which I had and have been so lucky to enjoy it: contextually, communally, uninterrupted, and in the best sonic detail possible. I wanted music lovers to immerse themselves into an album that has helped shape our culture and socio-political values. I wanted to relay the artist and album’s unique story to imbue the album listening with deeper meaning. I wanted to provide a musical lead-up so that fans could appreciate the milieu from which the album sprang. I wanted listeners to treat the album (and music in general) with greater respect rather than as a free commodity or aural wallpaper. I wanted to share the experience of hearing the album in its entirety, on vinyl, and on a world-class audiophile hi-fi so that fans could experience the music as close as possible to the artist’s original intention. And I wanted the experience to be shared by people who may not normally sit together in a room, united only by their love of music. I still do.

It quickly became evident I had not been alone in my thinking. The concept tapped a cultural nerve, questioning how we listen to music in the 21st century with regards to audio formats and equipment, the album’s cultural relevance, our listening environments, and most importantly, the time and attention we are willing to commit to the enjoyment of music in our busy and demanding modern lives.

Classic Album Sundays took off in earnest after a feature on BBC Breakfast (big up to David Sillito!) although it would have moved even further along had I the acumen to set up a website, Facebook page or Twitter account in advance (Doh!). But my lack of foresight did not stand in the way of the surprising onslaught of press that itself was a lesson in the widely divergent styles of journalism ranging from the incredulously lazy and presumptuous to the carefully researched and diligent. Having said that, all of the press attention managed to direct the right people to Classic Album Sundays and for that I remain grateful.

I am also grateful to be doing what I love most: researching, discussing and above all, playing music. Most of my life has been dedicated to this pursuit and I believe I have managed to tick the box of nearly every music-related profession: record shop employee, radio host and producer, record label owner, musician, producer, journalist, DJ, event host, and even audio engineer if you count my time editing and mixing down onto quarter-inch tape. Classic Album Sundays has naturally fused all of these skills together.

This steadfast passion may be one of the reasons Classic Album Sundays has come such a long way since the first session held five years ago and attended by ten people (most of whom were my friends). It is a passion shared by many, as since then we have held CAS sessions in New York City, Glasgow, Tokyo, Oslo, Edinburgh, Portland, Kansas City, Boston, and Brussels with Amsterdam, Brighton and San Francisco launching in the next few months and more cities to be added next year. And let us not forget it has also inspired other like-minded groups to create their own listening sessions or audiophile venues.

Classic Album Sundays’ achievements are also partially due to the help of our friends. Venue, festival and gallery owners, radio hosts and music journalists, record shops and record labels, hi-fi manufacturers, dealers and magazines, and even the producers and artists themselves, have lent invaluable support and to them I remain eternally thankful. I must also make special mention of the friends who have worked with me and thank my husband and our daughter for their patience and support, as CAS has become a family affair.

But the biggest reason why Classic Album Sundays is not only still here but still going strong, is the listeners themselves. If there were no demand, it would not exist. So many music fans have embraced the concept and have become part of our CAS family, sharing memories of their favourite albums and artists and revealing insights as to how these records have sometimes changed the course of their lives. Music is a powerful force that goes way beyond the limits of mere entertainment. Music can comfort or galvanise, make us cry or laugh, ponder or dance, and there are times when it feels like it may be our only friend. I aim for our events to treat it with the respect it deserves and to remind us why we love music.

So upwards and onwards sonic soldiers! In 2020 I will hopefully be writing yet another blog reflecting upon the continued trajectory of Classic Album Sundays (infused with an appropriate sprinkling of ‘Ten Years After’ puns), but for now, I raise a glass to you dear listener and I thank you from the bottom of my heart for listening.

An Evening with Joey Negro at Classic Album Sundays