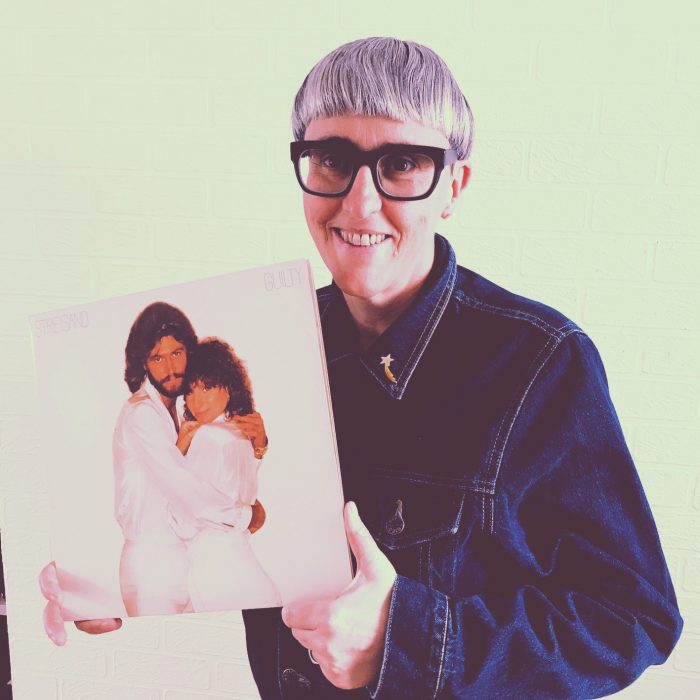 Welcome to Day Three of our #AlbumsByWomen campaign celebrating the musical achievements of women. Scroll through to discover the albums chosen by our friends and if you want to have a listen to choice cuts from these classic albums, tune into our #AlbumsByWomen Spotify playlist.

“I’ll always be a Woman In Love with Barbra Streisand & when she knocked on my door in 1980 with Guilty this disco devotee was smitten. Promises is one of the sassiest slo-mo disco loops of all time. Forever a fangirl, Babs is forever my heroine.”

“Timeless female classic album feat. the outstanding ‘I want you’ by one of the most influential black female artist of recent times.”

“Listening to ‘I Feel Love’ on Radio Luxembourg in 1977 and I was completely and utterly beguiled by still my favourite record of all time. The gatefold glory that is Donna Summer’s Live & More ensured my forever-camp lifelong love affair.”

“I was very privileged to work with Nico when I was soundman for The Stockholm Monsters (a Factory Records group) who toured with her. She was a fascinating woman, obtuse, mysterious, very attractive as only German women can be. I was absolutely entranced by her attitude to the business. She did not give a fuck about anyone or anything. She glided through life as only a heroin addict can. I was amazed that she had gone from going out with Jim Morrison and hanging out with the Doors in L.A, to living in Prestwich, Manchester as well as sharing a house with John Cale and John Cooper Clarke at one point. She had a Germanic misery about her that was overpowering. In this fantastic record, one of my absolute favourites ever, she and John Cale showed me how powerful the female voice is in capturing everything that is bad and good about the world. Another wonderful rock character that is sadly missed.”

“I love FKA Twigs! Her debut seemed to come out of nowhere – and she had such control and ambition! It’s beautifully produced and she still sounds like the future even though it’s 4 years old.”

“This fantastic compilation out on David Bryne’s Luaka Bop label and championed by Gilles Peterson is a great introduction to this incredible artist …there’s a spiritual uplifting vibe on all her recordings  even the most non-spiritual listener cannot fail to be moved by these deep soundscapes. There’s a lot of Indian fusion with drones and lush epic strings and of course Alice, with her sublime harp playing. The arrangements are journeys; they feel improvised and free but have a tight organised structure. Today this music seems more relevant and more contemporary than when it was made,  over 30 years ago. The whole Afro Cosmic/ free jazz philosophy is very popular at the moment, it’s a great positive counterpoint and bright light to the dark political times we find ourselves in today. Timeless, poetic and transcendent …perfect for early mornings and late nights …it’s so clear I meditate to it!”

“I couldn’t help but go for what might be an obvious choice but Joni Mitchell’s Blue has to be my fave. The sophistication of her song writing paired with the emotional resonance can’t be beaten. I’ll never get bored of this album.”

“Meredith Monk has completely changed my perception of the human voice as an instrument. Dolmen Music performed by her ensemble of four facing each other in a circle is among the most powerful things I’ve ever seen.”

“I was 11 years old living in Santa Cruz, a chilled-out beach town in Northern California, when Cyndi Lauper’s She’s So Unusual came out. I had never seen anyone look like Lauper before- she appeared to me to be so incredibly exotic and beautiful. In a popular culture landscape of tan and blue eyed super models, Cyndi was herself, unique and just, well, different than any other celebrity I had ever seen. She made it ok to be a bit wacky, an individual, at a moment when I was just starting to stretch my wings of Tween-dom.  I understand the feminist motivation behind, ‘Girls Just Want to Have Fun,’ and my liberal parents explained to me what ‘She Bop’ really was. At a moment when I desperately needed a role model, Lauper swooped into my life and gave me the power to embrace my own peccadillos. Her lessons of fascinating outsider I have kept with me into adulthood; they taught me early on that you can be successful, you can be appealing- just being yourself. I still hold this as my favourite record cover, more than three decades later; it is vibrant, strange and also, weirdly, captures that broken down, past the sell by date glamour of beach towns, with the shoot being done at Coney Island.”

“Recorded over three years between 1968 and 1971, Carla Bley’s kaleidoscopic jazz opera (originally described as a “chronotransduction…”) affirmed her status as one of the most original and fiercely original writers and bandleaders to emerge from the maelstrom of 1960s jazz, on a similarly rareified level as the other great post-war jazz composers Gil Evans, George Russell and Charles Mingus.  Set in an imaginary run-down hotel and catching the clamour of voices lost in it. Carla’s extraordinary settings of Paul Haines’ abstract sequence of beat poetry and abstract lyrics encompass the influence of Kurt Weill’s theatre music, rock music that shares some of the anarchic sprit of Zappa and Beefheart, whilst sounding like neither, no-holds-barred free jazz and Indian music – bound together in a fascinatingly sprawling whole that demonstrates Carla’s gift for placing the talents of a wildly contrasting mix of original vocal and instrumental free spirits within a meticuloiusly honed musical structure. Who else could have corralled Jack Bruce, a young Linda Ronstadt, bebop jazz vocalist supreme Sheila Jordan Manfred Mann’s Paul Jones along with jazz movers and shakers Don Cherry, Charlie Haden, John McLaughlin and Gato Barbieri…. Not to mention her 4-year-old daughter Karen Mantler, an opera singer and a yodelling ventriloquist. And who else would have released her first recording as leader as a triple LP box set….. Carla is still creating music of immense and lasting value – for me, it’s been a real privilege working with her over some four decades.”

“Listening to Post for the first time was an awesome experience, a personal favourite from the weird and wonderful Bjork.”

“All Hail The Queen plays like a greatest hits LP. It fearlessly genre hops between reggae, house, hip hop & soul with hardly a misstep. And all the while Latifah is devastating on the M.I.C. outshining even esteemed guests like KRS-One and De La Soul. I love this album to death!”

“I first heard Kate Bush’s The Kick Inside aged 10 and it gave me gothic goosebumps with its varied styles and tempo. Whale song, sax, danceable rock and the whole rhythmic sensuality of Side B. We were built tough coz we’re woman!”

“Ratkje’s piece extends beyond limits by including physical light as an integral part of the composition, tweaks traditional elements using noise and randomisation to create new sounds and expand space.”

“It was only released last year but Jen Cloher´s self-titled album has quickly become one of my favourite albums by a female artist. When l listen to an album for the first time, I am usually hooked on a riff, a bass line or a beat. This album however was different. After one listen I was in love and mesmerised by the depth of her evocative lyrics. I truly felt a connection just by reading the lyrics sheet. Having said that, when I am not in the mood to care about meaningful lyrics I quite regularly just flail along to the reverberating guitars, the shimmering bass lines and the great clouds of noise on this album. This is perhaps what makes this record so powerful to me: the fact that Jen Cloher can be deep and meaningful but also has the knack for sublime post punk and rock arrangements.”

“Sensual and sexual. I love these ballads. Sade of course another important singer for me.”

“Of all the classic releases by Kimiko Kasai, this one stands out not only because it was produced by Herbie Hancock, but due to its immaculate production that has withstood the test of time. Great album to listen and dance to.”

“I love the woman herself but this LP reminds me of a party in London with David Mancuso. At the beginning of the party he asked me ’Still raining outside?’, I said ’David – rain stopped 5 minutes ago.’ The next record was ‘Here Comes The Sun’ and the shining light came in from the big windows…”

“Guaranteed to put a smile on my face and get me singing and dancing, this album never fails with its groovy, African tinged disco boogie sounds and goose-bump inducing, sweet vocals. Sheer Juju magic!”

“Minnie & Stevie! ‘Reasons’, ‘Take a Little Trip’ and of course Lovin’ You. Inspired my first ever feature on Minnie for Milesahead in the late 1990’s.”

“My favourite album from the 1990’s new wave of UK folk artists was Kate Rusby & Kathryn Roberts. They are both incredible singers that play many instruments. On this album they work together seamlessly to create 10 really beautiful songs.”

“With so many great female musicians, I have tonnes of winners depending on mood. But there is one I’m really into right now; Betty Davis. The funkiest gnarlster ever!”

“Eurythmics Revenge is an album that holds a lot of memories for me and I think it still sounds as good today as when I first heard it. It has such a powerful opener in ‘Missionary Man’ too! I had the pleasure of working with & meeting Annie Lennox – she’s such an amazing woman.”