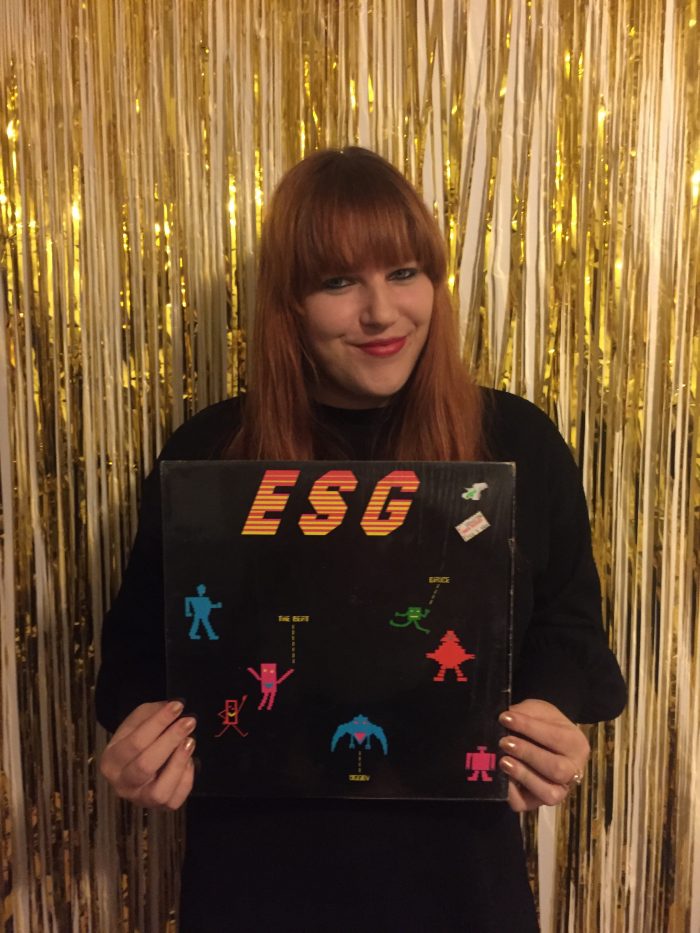 Its our final day of our #AlbumsByWomen campaign and we have been blown away by the overwhelming response. We have had so many contributions running the gamut of genres. Have a listen to our #AlbumsByWomen playlist while you scroll through the submissions below. The playlist features one cut from each album chosen and we can guarantee that you will remember old favourites and discover new music. Thanks for joining us.

“Patti Smith – a controversial figure beyond gender, has opened doors to generations of musicians. Her 1975 debut album Horses, pushed boundaries with it’s opening line “Jesus died for somebody’s sins, but not mine” and it still attracts today. To me she is still the reigning ‘Queen of Punk’.”

“The most formally successful of all the post-punk bands, the Raincoats developed a uniquely feminist musical language, inspired by The Velvets, agit-folk and Women’s Liberation. The next album, Odyshape, was even better, but the raw energy of their debut remains unique.”

Casandra Govor – (BPI) : Joan As A Police Woman – To Survive

“There are too many women I adore, from Billie Holiday and Nina Simone through Joni Mitchell, Beth Gibbons, Tori Amos to Brittany Howard, Flo Morrissey and Ellie Rowsell. Alas, as it has to be one, I’ll pick the wonderful Joan as Policewoman with an album that’s as close to my heart as a dear friend – To Survive.”

“Addressing feminism, blackness and poverty, Marlena Shaw’s “Woman of the Ghetto” was ahead of its time when it first came out on 7” in 1969. The vocalist’s subsequent nine-and-a-half-minute delivery of the song during a live show at Montreux in 1974 took it to the next level, and remains as radical and relevant as ever.”

“I love Diamond Life, Sade Adu’s breakthrough album. I remember hearing it on the radio as a child and then rediscovering it as an a adult. After 34 years it hasn’t aged a bit. It’s such an timeless recording. Sade’s voice is so hypnotic and with her an perect cool delivery, it’s just the perfect soothing listening experience.”

Scarlet Burgess-Turner (DJ) : Love Unlimited – Under The Influence Of

“Barry may have written the songs but it was Love Unlimited who brought them to joyful, heartfelt life.”

“A hidden classic, Chaka never sounded better to my ears. Then 21 and brimming with bold youthful energy, she emanated real feminine power in her vocal performance, which taps into a womanly wisdom far beyond her years.”

“Reggae is more singles led than by albums and is quite male dominated, so this album resonated on many levels when I finally made the call. Tanya Stephens is a strong woman and true artist, unafraid to call it like it is and with a great deal of wit. Much of Gangsta Blues is a medium of protest and social commentary. “It’s a pity” the vinyl LP didn’t include “Turn the other cheek”… One of my favourite protest songs that resonates more today than it even did back in 2004, but you can get that as a 7″ or from the dark side.”

“I’m so grateful for Björk existing in our (musical) universe and Homogenic is one my most treasured favorites. I’ll never forget hearing “Jóga” for the first time and feeling overwhelmed at the indulgent sensuality of the sound, primal yet pristine. Hearing this at Classic Album Sundays with all of its nuance on crystal clear display definitely made me want to further upgrade my system!”

“Rich, intimate and as experimental as ever, Bjork gets out into the snow with an organic sonic palette that crunches, shuffles, squelches and chimes.”

“For those of you that don’t know the story of ESG, it goes a little something like this; The Scroggins sisters (who were just teenagers at the time), saw the rise of hip hop in the South Bronx and the decided that they could do it better than the boys. And that they did. They became one of the most sampled of groups ever by their hip hop contemporaries. Shortly afterwards they were adopted by the underground dance scene with ESG being the only group to play at the opening night of Manchester’s legendary Hacienda and the closing night of New York’s equally legendary Paradise Garage. The three tracks on this record, ‘Dance’, ‘The Beat’ and ‘Moody’ are very distinctive ESG tracks – sparse, raw, percussive beats which are high energy and irresistible to dance to. This record continues to inspire musicians to this day across genres like hip hop, post-punk, dance and indie.”

“You don’t need 200 characters to describe this album. Just one word: ‘perfection’.”

“Any woman who can break your heart singing about sweet potatoes can save us all.”

“Imagine me posing with “Kate & Anna McGarrigle” at one ear and “Car Wheels On A Gravel Road” by the other. Genteel Northeast, hard-edged Louisiana – both immortally mapped from a woman’s p o v by Les Soeurs and Lucinda Williams.”

“Sade has been a constant source of inspiration musically since I was a child. “Hang On To Your Love” is an all time favorite and still so relevant today.”

“No one can ever guess the artist on this! Ronstadt  singing in perfect spanish, folk songs her father and family taught her from rural Mexico. Amazing!”

“Released in 1975, this was highly criticised due to its experimental jazz leanings. For me this is Joni at her best as a master songwriter, singer and storyteller. The way it conjures a sense of a time, place and a flawed, fragile humanity is breath-taking.”

“Twenty five years after picking this up, it still sounds like Bobbie Gentry beamed herself in from a different musical universe. Playful, poignant and psychedelic.”

Behind The Counter US 2021: Permanent Records, Los Angeles (Episode 7...