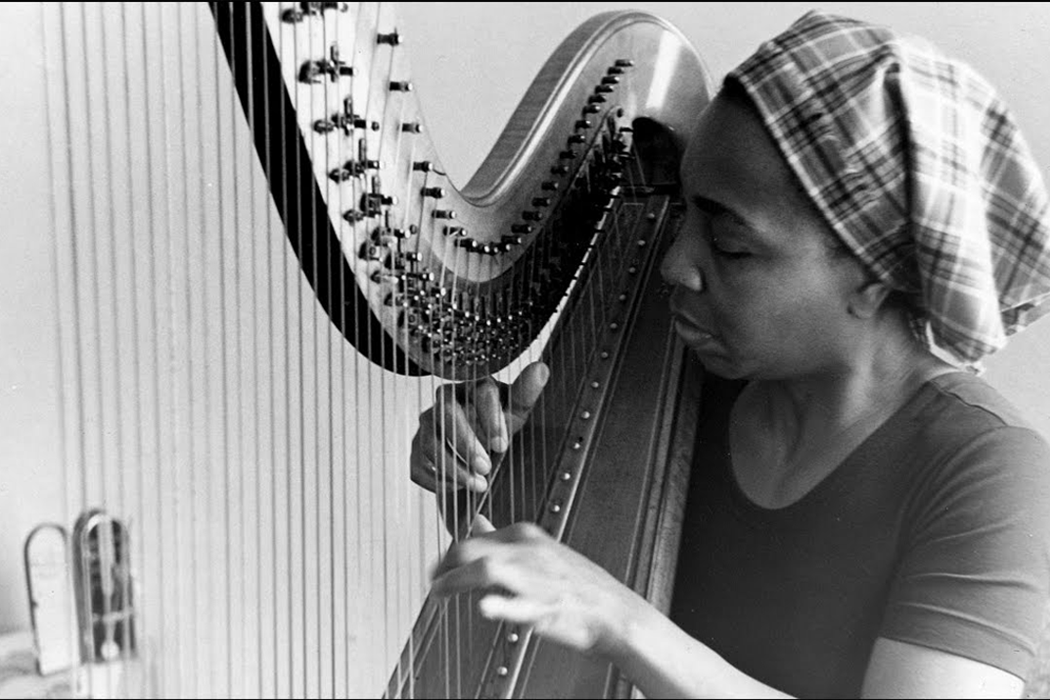 Despite being one of the oldest instruments in the modern world, the harp has always had an uneasy relationship with popular music. Its associations with the divine, the political, and the aristocratic have cast the instrument as a foreboding symbol of historical and institutional power – forces which many radical 20th century artists hoped to subvert. Since the 19th century Romantic Era, the pedal harp had become synonymous with the conventions of the orchestra and its restrictive notions of social class and wealth. The post-war jazz of America had welcomed the use of a broad range of instrumentation in its rule-breaking mode of creation, but many remained suspicious of the elaborately stringed device. 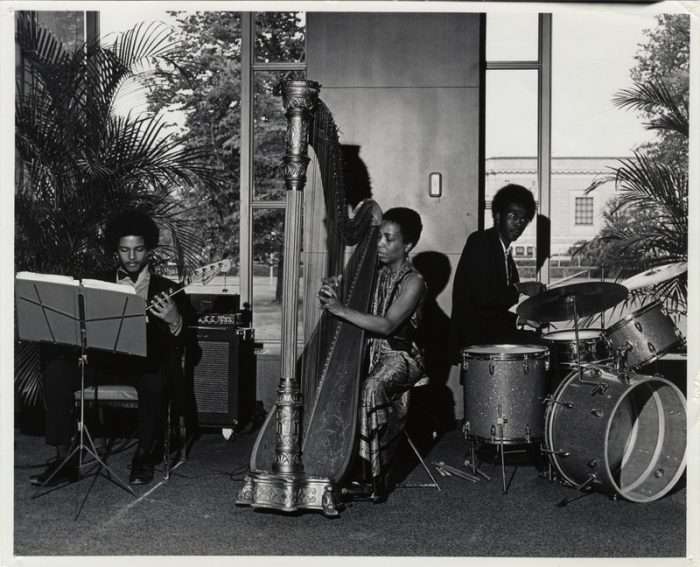 So it’s safe to say that the African-American harpist Dorothy Ashby faced an uphill battle with the male-dominated ‘50s jazz scene. After studying at Wayne State University, Ashby began her career in Detroit on the piano but had soon transitioned to the harp – an instrument she first discovered whilst at high school with the likes of Donald Byrd and Gerald Wilson. Ashby worked hard to break down the resistance to her favoured instrument by organising free shows, playing at weddings, and developing her own local radio show in Detroit throughout the ‘60s. Her trio, including her husband, John, eventually became a well-renowned touring act, playing with major artists such as Louis Armstrong and Woody Herman. Eventually, Ashby even branched out into theatre productions aimed at the African-American community of Detroit.

Afro-Harping, released in 1968, remains one of the greatest and most influential jazz harp albums, helping to change the way the instrument was perceived both within and outside the scene. Although less improvisational than her earlier material, it fused her idiosyncratic style with psychedelic funk and lounge influences taken from contemporary pop trends. Dispelling the air of elitism surrounding the harp, Ashby makes the instrument appealing to a broader audience by highlighting its rhythmic potential as part of an ensemble. Ashby’s vaporous melodies weave themselves between the syncopated bass line and pulsating drumbeat of tracks such as ‘Soul Vibrations’, on which the unjustly maligned theremin also guides the harmonic development. It was not a recipe to please jazz purists, but Ashby’s ambitions outweighed their limited concerns. 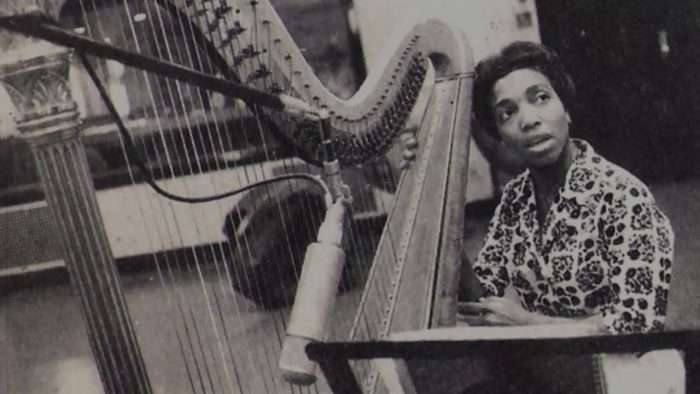 Whilst jazz was her first musical love, Ashby’s omnivorous taste infused her ever-changing style with hints of bossa nova, R&B, soul, and traditional folk music. Later she would even introduce the Japanese Koto to jazz on her singular 1970 album The Rubaiyat Of Dorothy Ashby. Despite her tragically early death in 1986 at the age of 53, her work, alongside that of Alice Coltrane, helped set a precedent for African American women as modern and diverse jazz instrumentalists. And whilst the harp remains an outsider’s choice, Afro-Harping is a purposefully accessible album that predicted just how fluid and border-less popular music would soon become.

Listen to our warm up playlist for Afro-Harping via the Spotify player below.