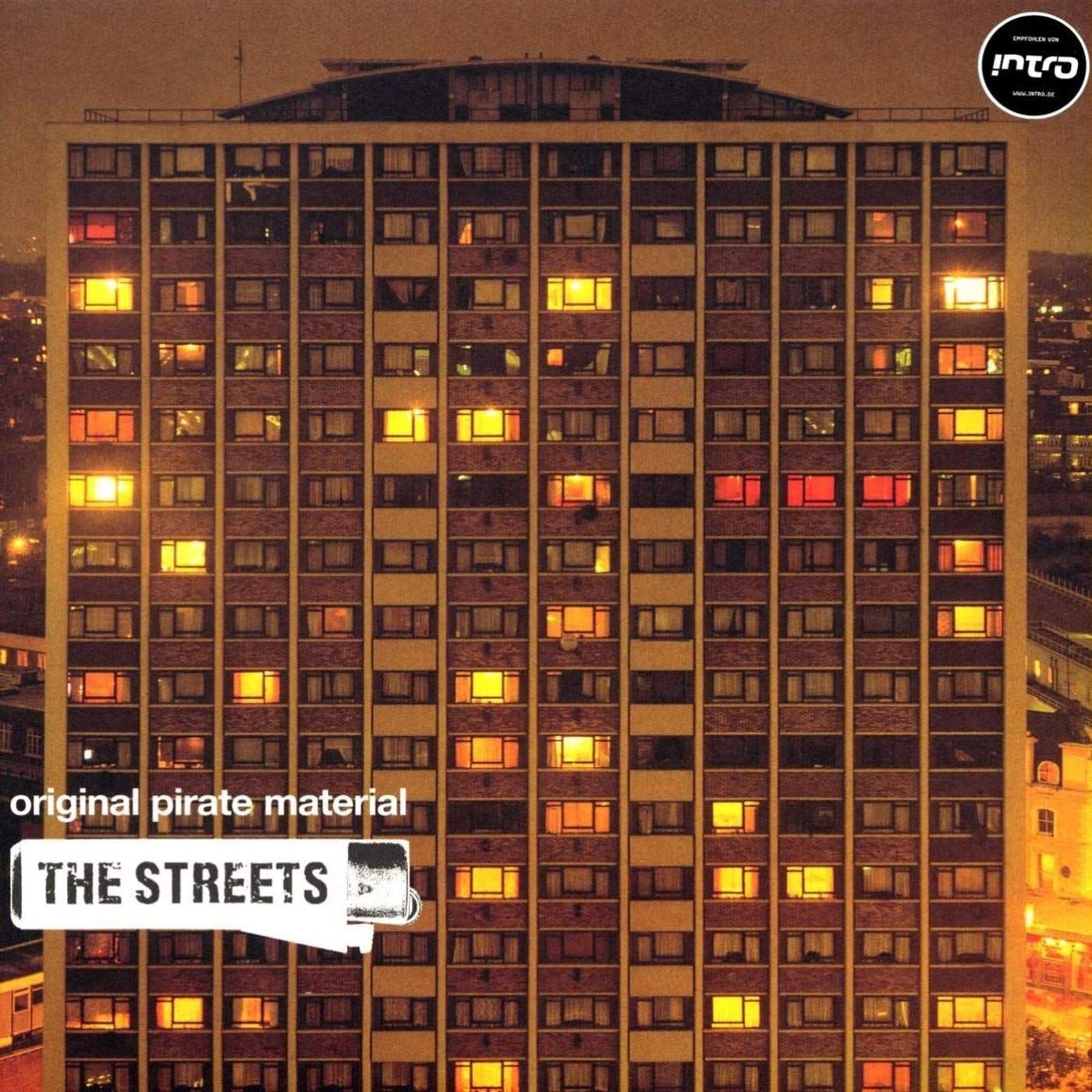 It’s hard to believe now, but Mike Skinner never intended to rap over the beats he was producing in his bedroom studio. It was due to a need for creative clarity that the Birmingham raised musician was eventually compelled to build a makeshift vocal booth in an old wardrobe lined with mattresses and deliver lines about the everyday life of a twenty-something bloke in Britain. If he hadn’t, we probably wouldn’t still be talking about his most famous project, The Streets, almost twenty years later. Released in 2002, his debut album Original Pirate Material remains as singular and subversive as it did at the turn of the millennium, during a period that would prove to be a key transitional phase for British rap. As old forms dwindled into niche genres, the role of the UK MC was growing and adapting to its new place in the fast-changing yet increasingly diverse pop industry of modern Britain.

Skinner had moved to Brixton from the suburb of West Heath where he first dabbled in music as a child messing around with keyboards. By his teenage years he was obsessed with US hiphop, particularly impressed by the production skills of figures such as DJ Premier and RZA, whose work can be heard on classic tracks by the likes of Nas, Wu-Tang Clan, and Gangstarr. Inspired by their innovative fusion of sampling and drum machines Skinner began to explore the basic principles of beat-making, an interest which would soon intersect with early nightclub experiences with the then commercially dominant sound of UK garage. In-between shifts at fast-food restaurants he remained a struggling musician, sending out hopeful demos to record labels before eventually striking up a relationship with the independent Locked On, who had enjoyed hits with acts such as Artful Dodger and Craig David.

‘Has It Come To This?’ emerged in 2001 as the debut single of The Streets, becoming an unlikely hit when it reached number eighteen on the UK charts in October. Built around a beautifully seductive chord sequence and an archetypal garage beat, the song is an endlessly quotable ode to delinquency and a rallying cry for homegrown talent. The grimy detail of Skinner’s lyrics, which portray “a day in the life of a geezer”, depict the lazy debris of video games, freshly rolled spliffs, and loose scraps of tobacco, littered around the central mantra of “sex, drugs and on the dole”. The notable lack of gloss offered a realist counterpoint to garage’s typically aspirational lyrics, which centred around the glamorous fantasy of the nightclub, and in turn perhaps represented the lives of those listening to the music closer than the genre itself. Despite the languorous lifestyle it revelled in, ‘Has It Come To This?’ showed a level of ambition that outgunned many of the high profile club MCs.

Skinner’s versatility became abundantly clear with the release of Original Pirate Material the following year. Playing like an amorphous blend of UK music history, the album traverses sound system dub and reggae, punk, new wave, house, garage, and (whisper it) brit-pop, with the naturalistic ease of an artist emerging at the dawn of online artistic consumption. The syncopated stabs and pinpoint sound effects of ‘Let’s Push Things Forward’ offer up a novel blend of Jamaica, Brixton, and Birmingham, as Skinner’s voice surmounts an equation which theoretically just shouldn’t work. Opener ‘Turn The Page’ echoes the faded glory of The Verve’s ‘Bitter Sweet Symphony’ with its grandiose string arrangement that elevates the lyricist’s everyman to the level of mythic warrior. The utopian yearning of ‘Weak Become Heroes’ is underscored by chords imported from Detroit or Chicago and sustained by the eternal pulse of the kick drum which unites the crowd of an imagined rave. Primarily working out of his South London room, these vivid and varied tracks proved just how adept the young musician was at forming innovative combinations with a limited set of resources.

Skinner’s unlikely charisma on the microphone underpins Original Pirate Material’s surprisingly complex depiction of modern masculinity. Despite living in London, throughout the album the MC expresses a provincial sense of boredom and a pent up rage that manifests in binge drinking, chip shop fights, and lary confrontations with friends and lovers. His self-awareness can be fun: on ‘Hold It Down’ the banter is infectious and the self-defeating nature of male heterosexual desire is hilariously skewered. Likewise ‘Too Much Brandy’ offers a queasy perspective from the midst of a European stag-do gone horribly off the rails. But elsewhere the routine grows torturous: ‘Same Old Thing’ vocalises the creeping dread of the repetition, and the way in which its protagonist attempts to break this monotony through a serious self-destructive acts hints at a low-level depression rumbling below the surface. By the time we reach the album’s closing song, ‘Stay Positive’, Skinner’s disenchantment is overt and devastating, the loneliness articulated by his listless lyrics which were recorded whilst the MC was suffering from a cold. It is Original Pirate Material’s fading afterglow – a moment which frames the preceding forty minutes as some kind of existential crisis just waiting to erupt.

The album was a surprise hit, though not necessarily with the working class audience Skinner had pictured during its creation. Instead, Original Pirate Material grew into something of a cult classic among dance music aficionados and trend-setting hipsters, loved by many in a slightly voyeuristic way and perhaps only truly understood by a few. You can hear this uneasiness in The Streets’ subsequent albums, most notably Skinner’s commercial triumph A Grand Don’t Come For Free, which yielded the biggest singles of his career including ‘Fit But You Know It’, ‘Blinded By The Lights’, and ‘Dry Your Eyes’. The musician lost little of his charm in this leap from the margin to the centre, but the tension between his quiet introspection and laddish exuberance, first mooted on Original Pirate Material, would haunt The Streets for years to come.