Ask anyone what the best grime album of all time is and you’ll likely get one of two, passionately divided opinions. In the red corner, Wiley’s Treddin’ On Thin Ice: an LP which cemented The Godfather’s place as the people’s champ, immortalising his implacable personality and distinctive production style in album form for the very first time. And in the blue corner, Dizzee Rascal’s divisive masterpiece, Boy In Da Corner: an award-winning debut which would not only catapult the young genre into the mainstream, but provoke serious debate around the nature of grime’s relationship with establishment power and its duty to a grass-roots, underground fanbase. Exposing an identity crisis that remains as relevant today as it did then, the album stands as one of the most influential, alien, and singular landmarks in British music’s modern history. 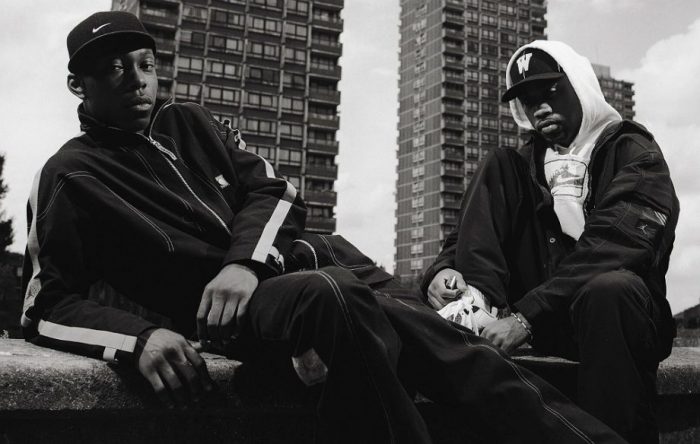 It was a razor-sharp barb of social commentary that could only have come from the tightest margins of inner-city London life. A teenage Dylan Mills, expelled from no less than four schools, had finally found some degree of focus in his music lessons, soaking up production skills like a sponge. Life on a council estate in Bow had provided a rich well of inspiration, both positive and negative, for the aspiring MC, but also left him with an embittered, combative worldview that betrayed loneliness and vulnerability.

By 16, Mills had self-produced his debut single, ‘I Luv U’, a song that, as Jeffrey Boakye writes in his excellent book, Hold Tight, “does for gender relations what bellyflops do for calm, still waters.” Unconsciously echoing Phil Spector’s wall-of-sound teenage dramas, its maelstrom of pneumatic pistons and thunderous claps broke through with such force and confidence that it was impossible not to sit up and pay attention. Dizzee’s take-no-prisoners approach, playfully set against his female counterpart, presented a refreshingly unfiltered view of teenage relationships, stripping back the rose-tinted coming-of-age clichés to reveal a sour core of sexual immaturity and emotional blackmail.

By 2003, grime certainly had no shortage of distinctive, genre-defining statements; tracks that would set the blueprint for years to come, such as Musical Mob’s spartan instrumental, ‘Pulse X’, Crazy Titch’s unhinged ‘I Can C U’, More Fire Crew’s sing-along anthem ‘Oi!’, and Ruff Sqwad’s melodious ‘Pied Piper’. But whilst excelling in its white-label single format, and conjuring an infectious, cypher energy live on pirate radio, the scene had yet to successfully translate this essence into a long-player which realised the wider potential of the genre. Boy In Da Corner, released in July of that year, rose to the challenge with nonchalant ease, setting a high watermark which, arguably, is yet to be surpassed in UK rap. Boasting vivid sound-design, mercurial flows, feverish lyrics, and ambitious arrangements, it was at once fluent in grime’s idiosyncratic soundboy language and strangely distant from the wider scene’s stubbornly lo-fi aesthetic. 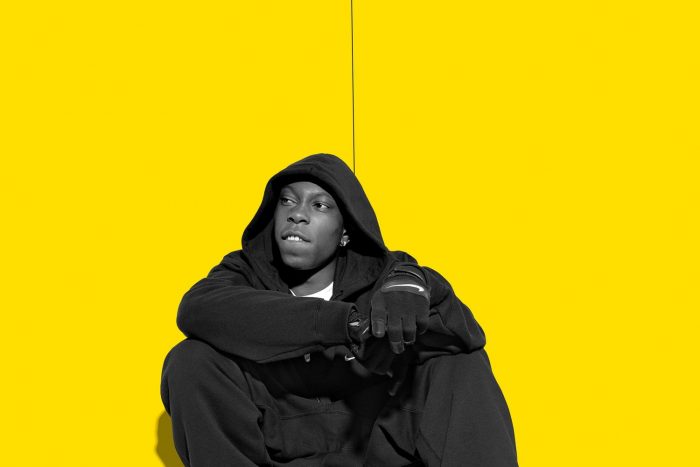 The album would certainly alienate those who may have thought they had grime’s sonic boundaries neatly pegged down. Blending voice, bass, ad-lib, and god knows what else, ‘Stop Dat’ seemed closer to a swampy, avant-garde noise collage than it did your average grime party-starter, with Dizzee somehow riding the wave on a succession of quotable bars and ear-worming hooks. Likewise, tracks such as ‘Live O’ and ‘Brand New Day’ assembled unconventional fragments of sound in a similar manner to US hiphop producers such as Timbaland and The Neptunes – deploying answering machines, supermarket scanners, steel weaponry, and video game snapshots to paint a sonic world as disorienting as the real one Dizzee described lyrically.

Listen: Public Enemy ‘It Takes a Nation of Millions to Hold Us Back’ Legacy Playlist

The young rapper’s knack for concise and evocative storytelling was also apparent in the scope of topics he was willing to tackle, conveying the kind of understated intelligence only gained through the endurance of life’s vexations. From love and relationships on ‘Round We Go’ and ‘Jezebel’, to anxiety and depression on ‘Sittin’ Here’ and ‘Brand New Day’, to violent fantasies on ‘2 Far’ and ‘Cut ‘Em Off’, Dizzee cast a thematic net that was impressively wide, showing a maturity beyond his years and adding extra dimension to a hyper-masculine genre that was, thus far, lacking in emotional sincerity. Dizzee’s perennial outsider status within the wider scene compounds this idea – despite being a member of the influential Roll Deep Crew and a close friend of Wiley’s at the time, an incident in which the MC was stabbed repeatedly whilst performing in Ayia Napa (a week after the albums release) would sever both of those ties dramatically.

But prophetically, the Mercury Prize-winning Boy In Da Corner’s most successful single, ‘Fix Up Look Sharp’, illuminated the prosperous path which lay before Dizzee, whilst simultaneously summarising the inherent dilemma of his commercial ambitions. Closer to ‘We Will Rock You’ than it was ‘Wot Do U Call It?’, the cavernous, rock/rap hybrid was a daringly singular statement of intent, setting up the fresh-faced talent for the stadium sized audiences to which he would soon be exposed. Grime was seemingly a mere stepping stone for the young MC, who would go on to unrivalled levels of chart success with a pop rap sound that was the antithesis of an underground, anti-establishment stance. He was later joined by a wave of rappers including Tinchy Stryder, Tinie Tempah, and even Roll Deep. 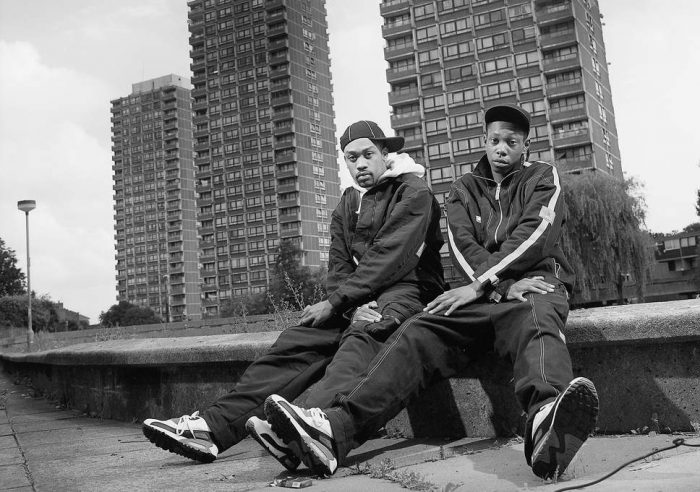 But regardless of your opinions on Dizzee’s career trajectory, it’s undeniable that, over 15 years later, Boy In Da Corner stands as a compelling time-capsule from a febrile period of sonic discovery and bold individuality – a time in which the UK underground felt vital and forward thinking in its disregard for the status quo. Although among its most commercially successful participants, Dizzee was just one character in a generational wave of musicians and fans who contributed to grime’s tidal surge of energy. His masterpiece both accommodates and challenges their passion. Boy In Da Corner will always be grime’s pesky problem child.

Read: The Legacy Of Aaliyah In Five Records