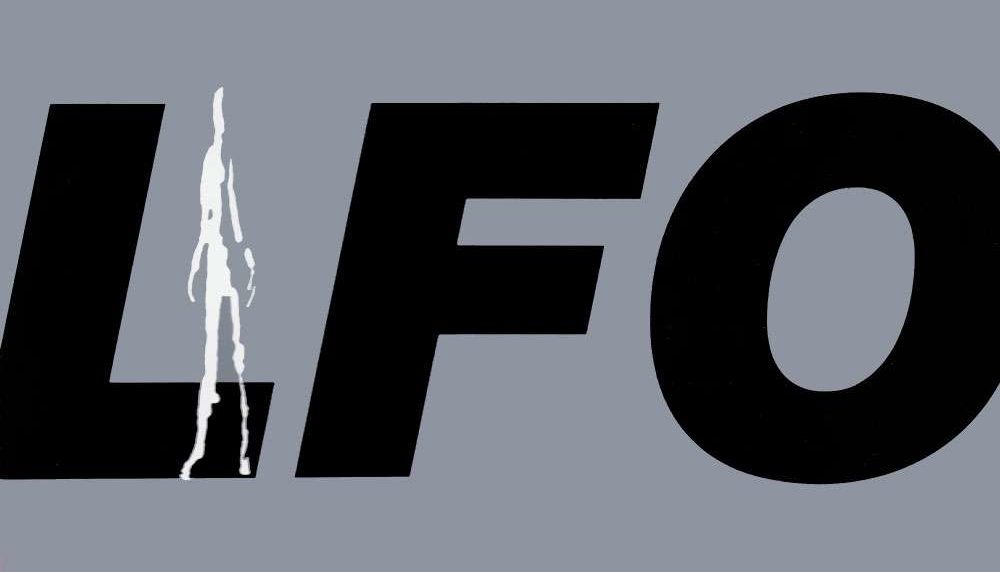 Established in 1989 and celebrating its 30th anniversary this year, Warp Records remains arguably the most vital independent label in the British recording industry. From their earliest days shifting white-labels out of a record store to their current position as a unifying underground powerhouse with global reach, the Sheffield-born label has championed artists who would set the precedent for entire generations to follow. Founders Steve Beckett and the late Rob Mitchell offered a launchpad for the likes of Aphex Twin, Autechre, Boards of Canada, and Flying Lotus, using the growing reputation of their brand to promote albums of technical brilliance and artistic ingenuity.

One such album emerged whilst the label was in its infancy and still grappling with the fast-changing nature of the British dance scene. Released in 1991, Frequencies was the product of two young producers from Leeds operating under the utilitarian alias of LFO. Gez Varley and Mark Bell had first met years earlier as rival breakdancers in the mid ‘80s before later reuniting on a photography course at Leeds University and bonding over their shared loved of synthesisers. Their musical inspiration was drawn from homegrown talent, such as 808 State, Forgemasters, Nightmares On Wax, and international icons such as Pink Floyd and Kraftwerk – a stew of psychedelic and synthetic power. The pair hit it off in the studio and were soon supplying tapes to Martin Williams, a DJ at nearby club The Warehouse.

The first of these tracks, eponymously titled ‘LFO’, exceeded even their wildest expectations – a vaporous concoction that fused twinkling synthesisers with brutal system-shaking bass. Following the rapturous response of Leeds dance floors it was released by Warp as the group’s debut single, breaking through to the Top 20 and reaching a high of No.12 in July of 1990. After the likes of A Guy Called Gerald’s ‘Voodoo Ray’ and 808 State’s ‘Pacific State’ in the late ‘80s, it signified the resilience of electronic dance music and its latent chart potential, despite the decline of “Acid House” as a popular movement. The British scene was in fact becoming increasingly diverse and discrete – bleep techno was thriving in northern cities such as Sheffield whilst hardcore was emerging as the new popular face of dance music and the progenitor to jungle and later drum & bass.

Bolstered by the 130,000+ sales of ‘LFO’ the pair resolved to complete an album within the year. Frequencies bottled up the eclectic creative atmosphere of the early ‘90s, taking cues from the electro, house, and techno that was being created on both sides of the Atlantic. ‘Simon From Sydney’ owes a particular debt to the genre-bending work that had been emerging from Detroit since the early ‘80s via tracks, such as Cybotron’s ‘Alleys Of Your Mind’ and Model 500’s ‘No UFOs, which combined the low-end movement of American funk with the tactile futurism of Kraftwerk. The incredible vocal abstractions of ‘El Ef Oh!’ preempt the Warp-led rise of “home-listening” styles such as IDM, which would later find its greatest conduits in Aphex Twin, Squarepusher, and Luke Vibert. ‘Love Is The Message’ finds a happy middle-ground between the technological reflex of techno and the soulful thrust of Chicago house, evoking the likes of Carl Craig, Octave One, and Derrick May. The UK’s mongrelisation of these distinct sounds is accurately and marvellously depicted throughout the album.

Read: Boards of Canada ‘Music Has The Right To Children’ By Jim Poe

Frequencies also boasts some of the finest production of the era. Whilst home recording equipment was still improving and adapting to the cost-effective requirements of its consumer base, producers such as LFO were turning these technical limitations into minimalist masterpieces. Although often strange and idiosyncratic, the pair never lost sight of the simplicity that was inherent to a great techno track, moulding clear, crisp high ends and fat, round bass tones. The contrast between these two extremes is expertly crafted on tracks such as ‘Nurture’, where the gulf between the highest and lowest frequencies creates an astonishing sense of space. The pair had an intuitive ear for captivating melodies with haunting, dystopian overtones not dissimilar to the pioneering cinematic sounds of John Carpenter or Vangelis. Within a genre that thrives on faceless anonymity, the pair managed to translate a great deal of their own personalities through this electronic sound.

Despite lasting only 8 years as a duo, LFO permanently raised expectations for a British techno album. The genre has since held a difficult relationship with the format, all too rarely managing to translate the unstoppable kinetic energy of a DJ set into a long-playing creative vision. The late Mark Bell found creative satisfaction by moving outside the boundaries of the club, contributing production to outsider artists such as Björk and Depeche Mode, before his death in 2014. Frequencies still stands amongst the finest dance albums ever released and remains a fascinating snapshot of the febrile atmosphere surrounding the electronic underground of the early ‘90s. Almost three decades on, it’s hard to imagine its influence fading from the dance floor any time soon.