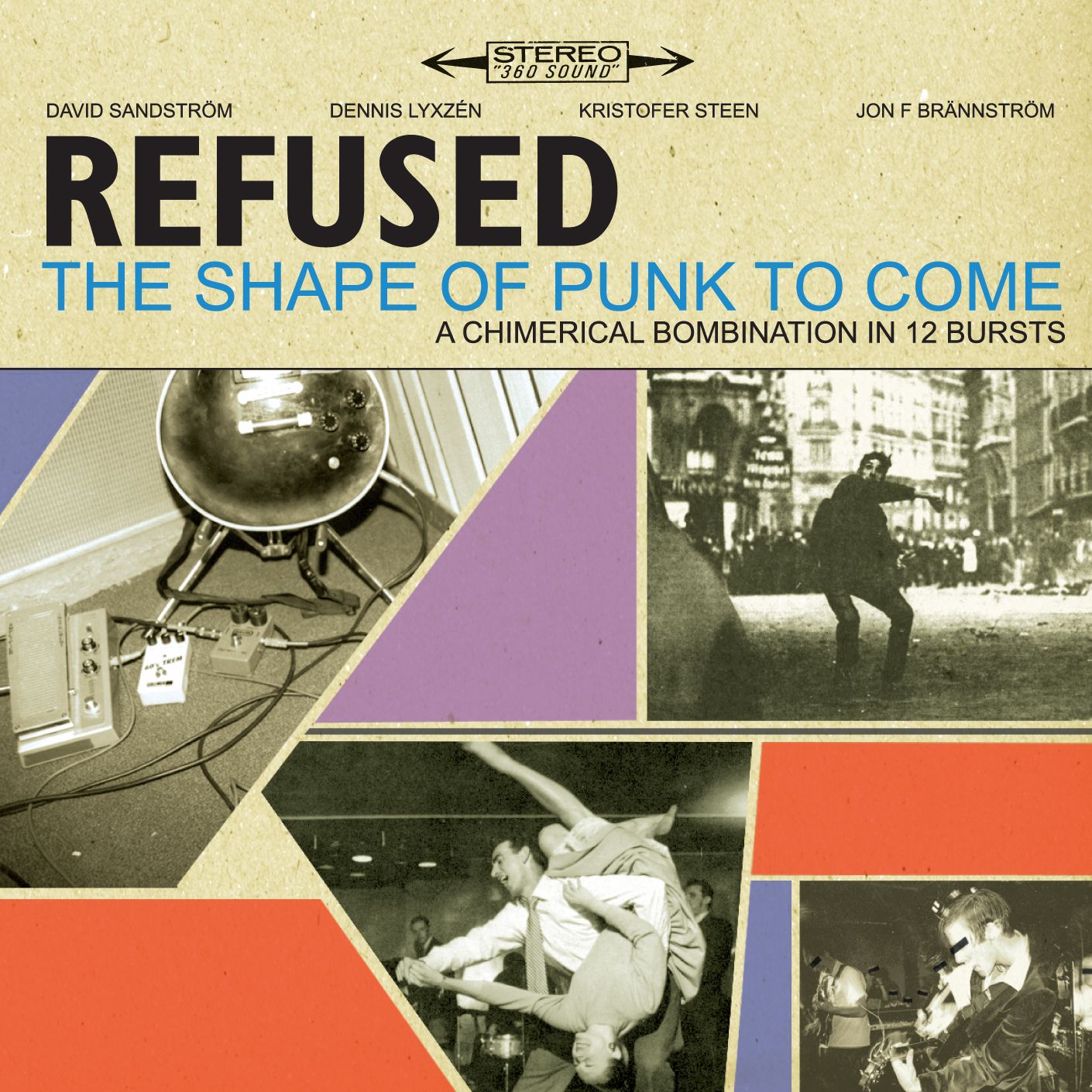 On a typical August Bank Holiday Monday in the late nineties I found myself at a punk all-dayer in Wigan. The line-up consisted of the usual poorly rehearsed gaggle of English punk bands who still believed all they needed was three chords. By the time eight or nine bands had played, I was getting bored and wandered inside just as someone pulled the pin on a musical hand grenade and threw it into the unexpected crowd. BOOM! The impact was immediate. The crowd lay flattened by the sonic impact of arguably the finest live performance I have still to this day experienced. A bunch of skinny mop-topped punks from Sweden with no stage and armed with Les Pauls released 30 minutes of unbelievable savagery into the crowd. Tight as a drum, percussive in the extreme and just simply amazing. Then it was over. Refused played their set and disappeared from my life.

Five years later while browsing through racks of CD’s in the HMV at the Tottenham Court Road end of Oxford Street, I found something most unexpected. The Shape Of Punk To Come: A Chimerical Bombardment in 12 Blasts by Refused. OMG these guys had made an album and it was being sold in normal shops without any warning label or at least a radioactive shield. I took the album to the counter and the spotty kid behind the counter looking at the middle-aged bloke about to buy another boring Fleetwood Mac album.

Read More: Modern Classic: The White Stripes ‘Get Behind Me Satan’

“Refused! This is amazing!” Says the kid.

“Have you seen them live?” I enquire.

“I have” says the (smug, credibility established) middle-aged bloke.

We wax lyrical about the gig and I leave quickly to get home and see if that level of intensity could be transferred to a recording. 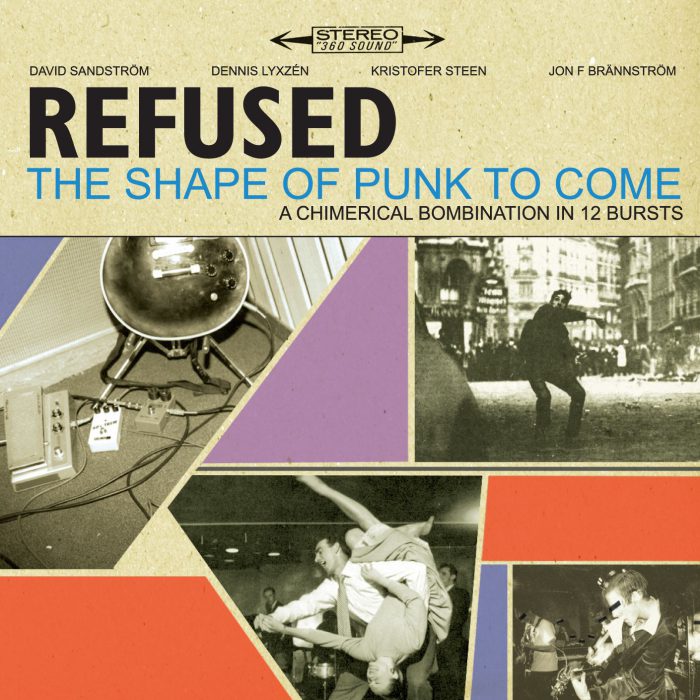 What did I find? In summary 12 blistering tracks with no filler. Is this a genre-defining/redefining album? Maybe. Is this the final evolution of the Pixies slow/fast, hard/soft concept? I think that would be an unfair analysis, but there is inference. Refused created an album of genuine originality, more akin to Miles Davis’ Bitches Brew than anything else.

When they unleash hellfire fury, the riff intensity is more than a match for Slayer, but again the drum style is far more jazz-oriented to be saddled with a ‘thrash’ moniker. The use of octaves brings memories of Quicksand’s Omission (another classic) but the album maneuvers too fast to be tied down. However the reference does serve to illustrate the proficiency of the guitar playing on display. This is an album of true originality mixing different musical genres into a political anti-establishment hardcore punk classic.

My commentary on four of the twelve as means of an introduction:

“Worms Of The Senses / Faculties of the Skull” kicks off the album with simple spoken word, most likely recorded on the streets of Stockholm as you can hear the passing traffic in the background. “They say the classics never die, but they do, somehow baby, I never thought we would, too” before feedback builds into a caustic screamed seven minutes.

“Summerholidays vs Punkroutine” is the big song of the album and the use of octaves is fabulous. Its also one of the less intense songs on the album – foot-tapping with an almost sing along “not even failure, not even failure” chorus with feedback twisting quietly in the background. Then the song takes off at full speed towards a conclusion and into the shortest song on the album.

“Brutist Pome #5” is the only instrumental and also the shortest track on the album at under two minutes. With tubular bells and a dub drum machine it completely disarms the listener before “New Noise” kicks in. Wow!

“Tannhäuser / Derivè”, tracking in at over eight minutes, is the longest track on the album and builds with emotive strings and drums, before entering a quiet corner where the rest of the band can join in and scream in defiance! The song ends with a solo played on one of those mini keyboards that you blow into! Hard to soft yes; Pixies definitely not.

The rules of three-minute pop songs are thrown out of the window.

The level of intensity is maintained throughout the album, as is the level of interest for the listener with clever production employed throughout and little surprises hidden in little corners waiting to be discovered. The album was released in 1998 and still sounds fresh today.

The Shape Of Punk To Come was re-released for 2014 Record Store Day on clear double vinyl. Of course, I purchased a copy and it’s a great copy – a professional production with a fantastic soundstage allowing instruments to ping out of the left and right speakers with plenty of dynamic making it a big sounding album.

The release in early 2016 of Doom (4) the classic first person shoot-em up video game, was accompanied with amazing music. I sat in the cinema watching the advert tapping my feet thinking this is an awesome tune, when a realisation dawned upon me…This is Refused!

Last week I was in a record store in Helsinki and what did I find but an original pressing of the album selling for €70.

So there you have it, re-released for Record Store Day, used in mass-market advertising and original pressings being sold for silly money. Indeed it’s all the hallmarks of a classic.