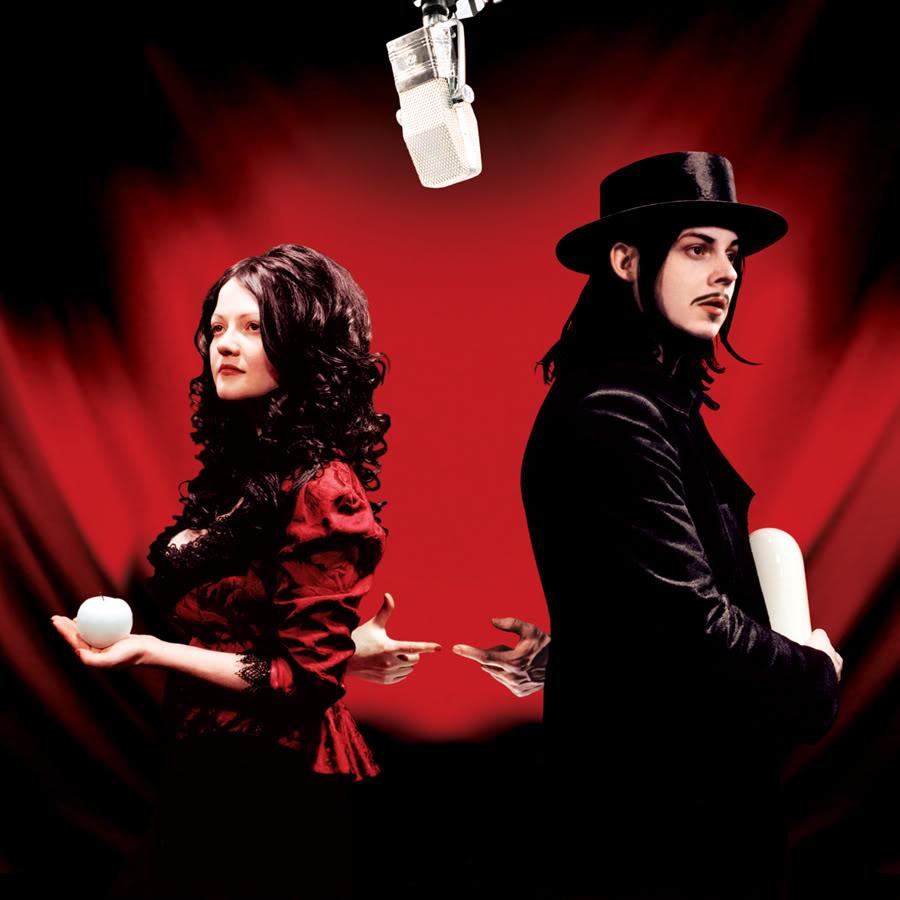 ‘Get Behind Me Satan’ is the fifth jewel in the glittering crown that is The White Stripes’ back catalogue and truly an album worthy of the highly coveted accolade of making it onto the Classic Album Sundays ‘Future Classics’ list. This title is reserved for the albums that really deliver a roundhouse kick to the stomach and leave you humming the same one melody through your cornflakes for weeks. If you don’t come away from this one and find yourself randomly blurting out “AH BEEN THANKIN ‘BOUT MAH DAWRBELL!!” at totally inappropriate times, then fair play. I owe you an ice cream.

So, why ‘Get Behind Me Satan’ I hear you ask? Having to pick just ONE White Stripes record is a herculean task, but there is logic behind this one so stay with me here. The record holds a very special place in popular culture. It was the album that showed the world just how creative The White Stripes could be and for that, it secures it’s place as a future classic. As for it’s musical influence? White himself has likened the music of acts such as The Black Keys and Cold War Kids to his own and if we’re honest, is there a single modern American indie rock band out there that doesn’t have the influence of this record in the mix?

On this record White & Co made a very conscious and effective shift away from the almost punk rock sounds of albums such as ‘Elephant’ and ‘White Blood Cells’. For the most part, driving force Jack White swaps his iconic fuzzy guitar tone for honky-tonk piano, around which most of the record is centered. The album manages to retain the simplicity of the band’s past efforts whilst pushing the Stripes into new and uncharted waters with the inclusion of bongos and marimbas on tracks such as ‘The Nurse’ and ‘Forever For Her’, the results of which are nothing short of pure freaking genius.

At other times you’d be pretty justified in identifying some of this macabre culmination of songs as straight up country and blues, such as two minute and twenty second epic ‘Little Ghost’. I’m sure that out there somewhere, the track is nestled cozily between Nick Drake and Devendra Banhart on the soundtrack to some obscure Wes Anderson film.

‘As Ugly As I Seem’ stands out as an off-the-wall tribute to the delta blues music White praises as the roots of his musical passion in the form of a stripped back guitar and vocal piece, featuring the distinguishable sound of White’s acoustic being used as percussion. Jack White’s songwriting abilities are such that when mixed with his almost self-deprecating conviction, you really don’t find yourself missing the addition of other instruments.

It’s baffling to conceive that just two people make the resounding din featured on ‘Get Behind Me Satan’. In fact, in an interview with talk show host and close friend Conan O’Brien, White quips about a live appearance on a TV show after which director Frances Ford-Coppola (also on the show) questioned White on how much of the performance was prerecorded. Obviously, the answer was none.

But isn’t that why we love The White Stripes? The whole vaudevillian schtick, the obscure references to religious iconography and the visceral imagery of deceiving nurses with ulterior motives delivered through the wailing and often raspy vocal chords of Jack White, coupled with the childlike, yet often exactly on-point drumming of the enigmatic Meg White (has anyone actually ever heard her speak?) deliver such a bafflingly beautiful and rich sound that fans will instantly accept anything the pair offer up. And therein lies the true unadulterated glimpse into the duo’s genius. They do what they want. This album didn’t topple governments and it wasn’t a bold political protest, it’s simply one of the finest bands in the world truly at the peak of their abilities.

P.S. That one piano line in ‘My Doorbell’ does totally sound like the ‘Futurama’ theme tune, but c’mon, it’s Jack White. We can forgive him that little faux-pas can’t we? Yes we can.