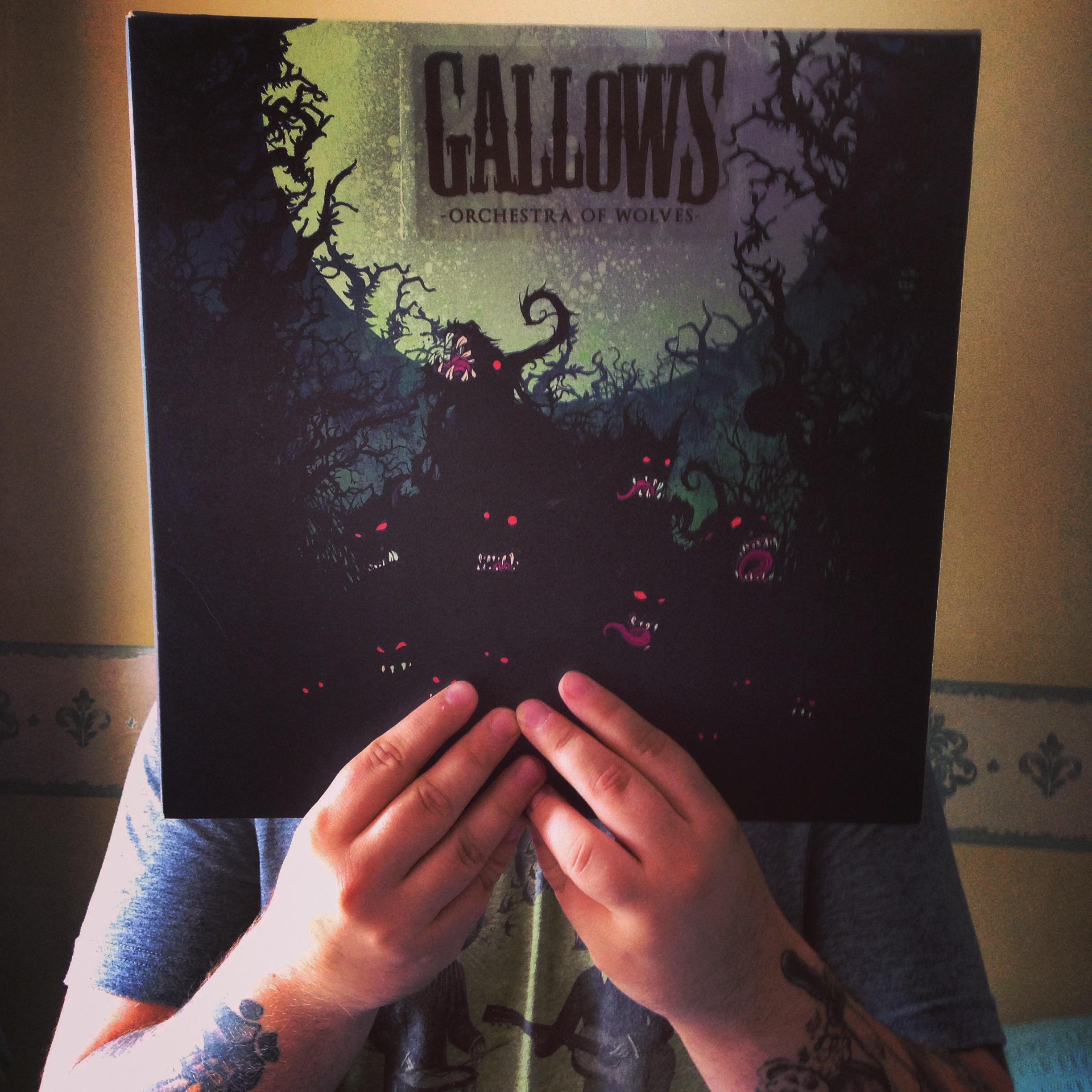 For the second installment of the CAS Future classics feature, we turn our gaze to the slightly more leftfield world of modern British punk rock in which Gallows are a seminal institution. There is no debate that the undisputed champions of modern British punk are the real deal. Utilizing a diverse plethora of influences from early Black Flag to Napalm Death, the band has spent the better part of a decade constructing a sonic onslaught of sound, tailor made to suit their anarchistic ethos.

Their quintessentially English flavor of hardcore has dominated the scene since the introduction of their debut album aptly titled ‘Orchestra of Wolves’ in 2006. The sound of the trashy drums, distorted guitar riffs and the venomous, yet also highly poetic vocals of Frank Carter came as a revelation to many punk enthusiasts such as my good self. There is an indefinable quality to the music. Something hidden underneath the distortion and angst-y growls, that has kept me obsessed for the past seven years.

Imagine, if you will, finding yourself on the busy streets of London on a humid summer day. It’s sweltering, you’re tired and you are making your inevitable pilgrimage to the nearest underground station. You long for the comfort only the luckiest among us has had the pleasure of experiencing: a clean, EMPTY and air-conditioned chariot of the underground to whisk you home to the telly and last night’s cold pizza. Upon entering your selected underground carriage you are mortified to witness the sight every upstanding citizen of London dreads: a carriage so packed, the faces of the young and the feeble are pressed tightly against the dirty glass doors. Fear not, good citizen, I have the answer. Follow these simple steps and you’ll be riding in the comfort you so desire.

Step one. Enter the train by any means possible. Step two. Reach for your I-pod or other listening device. Step three. Locate your copy of Orchestra of Wolves. Step four. Turn it up. Step five. Stand back and watch in delight as the earsplitting aural onslaught of Gallows proceeds to disgust and/or offend the entire population of the carriage. Within mere seconds (or at least by the time you get to the ferocious three and a half minute experience that is ‘Rolling With the Punches’) you shall be riding your golden chariot home with ample room.

Of course, ‘Orchestra of Wolves’ is more than a tool one could utilize to offend the general public (although it is fun). It is simply a masterpiece of an album. The simple act of putting it on and pressing play is an extremely visceral and explosive experience. From the first note of the first song it becomes crystal clear to the listener that this music comes from a band who emanate dissatisfaction with their experience of living in working class England.

The title of the second song of the album ‘Come Friendly Bombs’ is in itself a reflection of this frustration in reference to the poem ‘Slough’ by John Betjeman. The powerful lyrics that accompany the name are a concise analysis of their bleak point of view. “So sick of waking up to white skies. Can’t stand the look in everybody’s eyes. They want to kick my fucking head in just to feel alive.” It is simple to see why their audience clings so passionately to such lyrics. They seem to emanate the opinions of a young generation stuck in a similar situation. This is why Gallows sound so authentic. They aren’t rich men writing songs to sympathize with the working class man. They ARE the working class man.

Take the three-minute epic entitled ‘Just because you sleep next to me doesn’t mean that you’re safe’ for example. The song starts with a ferocious dissonant guitar riff backed by frantic punchy drums. The distorted guitars of Laurent Barnard thrash and ring out in strange time signatures and immediately I am reminded of a caged beast, throwing it’s weight at the bars that hold it captive. This high-energy introduction is just an appetizer for the main body of the song. The instrumentation constructs the perfect platform on to which Carters maniacal wails sit perfectly and there in lies my argument.

It would be logical to mistake this embodiment of such raw emotion for pure thuggish violence. To an extent Gallows celebrate such violence, but only as much as any other strong feeling or emotion and as such it is easy to see why dissatisfied young adults are naturally drawn to such an inexorable celebration of emotion, even if the emotion is negative. This is the case because modern popular music seems so void of all emotion.

In the eyes of the fans, Gallows have always been a live band first and foremost. Their stage energy is rivaled only by the crème of the punk rock elite and that was always going to be Gallows’ biggest problem. They matured on a live circuit consisting of smoke filled clubs and sticky floored pubs, fighting to gain the attention of an apathetic audience. Turning up the volume so the kids at the back couldn’t ignore them. How were they ever going to translate that to a record? There has only ever been one punk record that came close to rivaling its creators’ live sound, and fortunately for five boys from Watford, Gallows managed it.

Many years after its initial release ‘Orchestra of Wolves’ has become the benchmark on which all British punk and hardcore is modeled. Even the band’s prior releases have been overshadowed by this juggernaut of an album. It starts a blistering tirade of distortion and vocal hellfire and ends with the an almighty, angry, heartfelt “FUCK!” I think that just about sums it up.