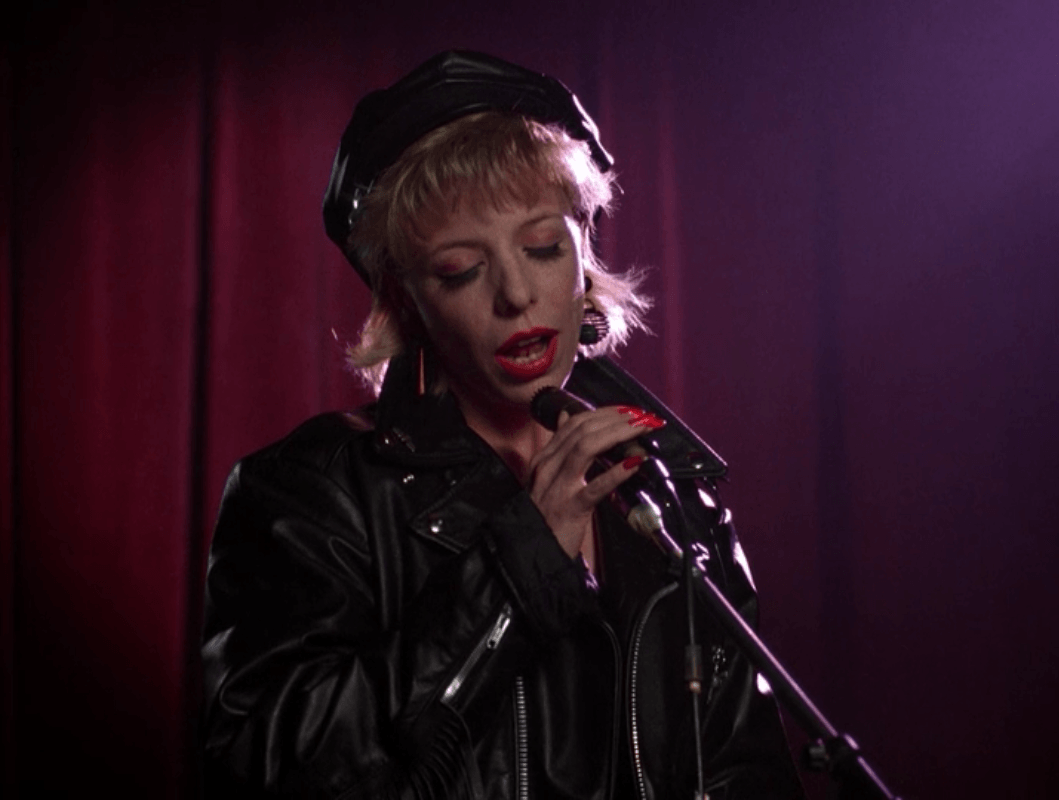 Despite the Korean war, the Suez crisis, and the Cuban revolution, the 1950s is often remembered as America’s age of innocence. Thanks to a growing middle class and a consumerist boom many citizens of the United States felt a sense of security in their socially conservative society, threatened only by the steady eastern breeze of communism. Rock ’n roll had broken into mainstream media, and, with it, the romantic notions of teenage lust, love and rebellion that would come to define youth culture in the 20th century. 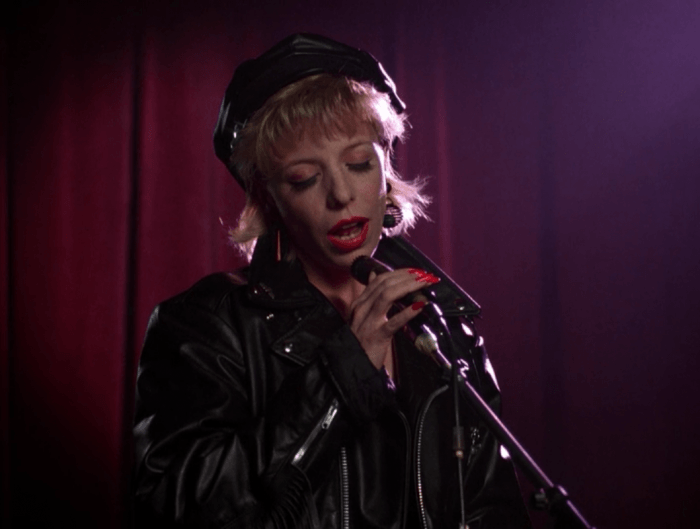 Although often contemporary in their setting, the films of David Lynch bask in the rose-tinted haze of sleepy small-town living. In his alternate universe, time seems to fold in on itself, collapsing the years onto one another until an eerie temporal disorientation is achieved. But it’s not simply innocence that Lynch is interested in – rather the corruption of it, his work pitting clean-cut characters against a world filled with misery and perversion; blurring the lines until morality becomes terrifyingly hard to discern.

Read: The Story of Aretha Franklin ‘I Never Loved A Man The Way I Love You’ and ‘Lady Soul’

If you know the imagery of Lynch, you know the sound of Julee Cruise. Alongside the instrumental work of Angelo Badalamenti, her voice has been a cornerstone of the filmmaker’s soundscape since lending its ethereal tone to ‘Mysteries of Love’ – a song written to replace This Mortal Coil’s ‘Song to the Siren’ in Lynch’s 1986 suburban nightmare, Blue Velvet. Taking a prominent place in the film’s final scenes, the dreamy composition earned a cult following and struck on a near-perfect symbiosis of image and sound.

Iowa-born Cruise had met Italian-American composer Badalamenti in a Broadway theatre workshop, both being veterans of performance and having helped stage a Janis Joplin revue together. Badalamenti had previously soundtracked films such as Gordon’s War and Law And Disorder in the 1970s and received little acclaim, but in 1986 an opportunity arose when he was hired by Lynch as a vocal coach to Blue Velvet’s seductive star Isabella Rossellini. Throughout production Cruise’s talent became an essential part of the director and composer’s nascent mythology that would later reach its zenith on the cult TV series, Twin Peaks. 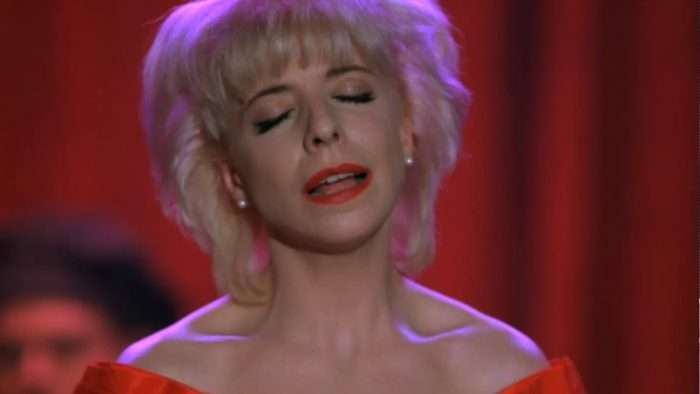 Sensing they were onto something special, the trio combined forces to help create polymath Cruise’s first full-length musical release. Lynch, who claimed to have “$700,000 in the bank” following Blue Velvet, hoped to creatively shape the album by contributing his lyrics and ideas. As Cruise recalls, his direction was a necessary influence: “When David came into the studio it made a big difference. It was really a great team because Angelo and I are so malleable and so good at being chameleons.” Lynch’s lyrical style drew on the romantic, lonely, and slightly surreal atmosphere he had honed on his recent masterpiece – often dwelling on themes of abandonment and lust leading naïvety astray.

Read: The Story of Sade ‘Stronger Than Pride’

Album opener ‘Floating’ benefits particularly from the unique strengths of each contributor. Cruise’s somnambulant croon is a siren call, obscured by an impenetrable mist that only heightens her ethereality, whilst Lynch’s fatalistic lyrics toy with the well worn cliché of love as a burning, mesmerising flame. Meanwhile, the phantasmagoria of Badalamenti’s music takes the listener into the heart of the Overlook ballroom, evoking a sense of faded revelry that would later become a hallmark of his lounge jazz compositions such as ‘Audrey’s Dance’ and ‘Dance of the Dream Man’. The overall effect is arresting, tapping into a nostalgia for a time that, for many of us, is completely unknowable.

Floating Into The Night’s most popular song, ‘Falling’, would be the gateway to Lynch’s next major project. Badalamenti had created the melodramatic musical sequence that would become the Twin Peaks title theme in response to the directors prompt of a young girl alone in the woods at night. In its album incarnation (released before the show) Cruise’s voice blends seamlessly with the synthetic bliss of Badalamenti’s composition, embodying the sweet vulnerability of teenage bewilderment. After its Grammy-winning instrumental became an iconic introduction to the show in 1990, the singer’s original became an unexpected global success, charting in fourteen countries worldwide, including Australia, where it peaked at number one in April 1991. 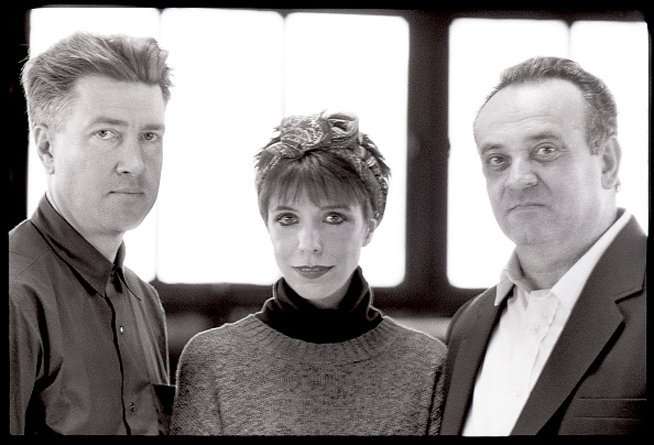 For better or worse, Twin Peaks would come to define the legacy of Floating Into The Night and the future of Cruise’s professional life. She appeared in the surreal soap-opera herself several times as a musical guest at the town’s smokey nightspot, The Roadhouse, and subsequently became a cult figure for diehard fans of the show (which was cancelled after just two seasons). Cruise has since held a complicated relationship with its legacy, grateful for the continued fanaticism of its audience yet wary of the pressures Twin Peaks has placed on her: “I don’t want that responsibility”. But despite the overbearing influence of Lynch and Badalamenti on her initial two album run, Floating Into The Night is undoubtedly Cruise’s shining moment. A captivating and evocative vocal talent, she imbues its leading role with the beguiling quality that makes the trio’s work so incredibly singular.