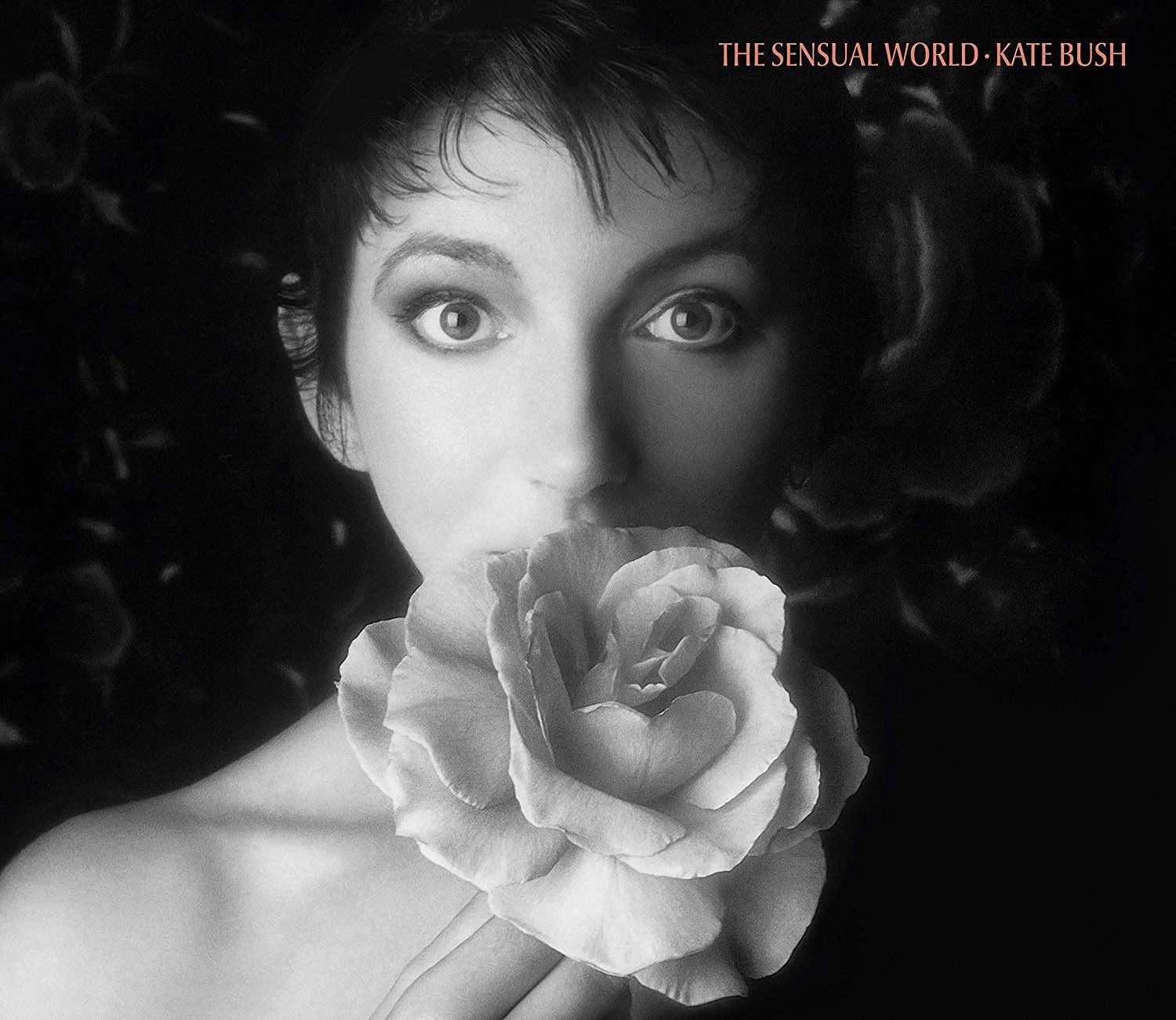 By the middle of the 1980s Kate Bush had reached the apex of her career with Hounds of Love. The album featured the most powerful and intriguing songs of her discography thus far, demonstrating just how incredible her sonic storytelling had become. Resisting the frenetic pace of a typical major label release schedule, Bush would spend another four years crafting her followup, with only sporadic singles and collaborations bridging the commercial gap. She found inspiration in the literary world again, scouring the pages of James Joyce’s landmark 1920s novel Ulysses to find Molly Bloom’s closing monologue, in which the character steps from the pages of the book and revels in the real world. Bush was delighted to find that the rhythm and sound of the words fit perfectly with the music she had been working on.

This revelation was frustrated by the intractability of Joyce’s estate, which repeatedly refused Bush permission to use the words as her lyrics on ‘The Sensual World’. She was forced to rebuild from the ground-up, writing new passages that captured the same breathless energy as Bloom’s soliloquy. The finished product mirrored the inspirational text very closely, anchored around the repeated erotically charged ‘Yes’ which Bush delivers with a quivering intensity. The lyrics detail a panoply of sensual stimuli, from peaches, to mountain flowers, to seed-cake, whilst the syncopated rhythm of her voice rides the irresistible flow of music. Bush had often resisted the urge to write in such a potently sexualised voice due to the exploitative nature of her early career, but here it felt as if feminine sensuality was finally being expressed on its own terms. Molly Bloom simply supplied the creative insulation – a mask to slip behind when things became too personal. 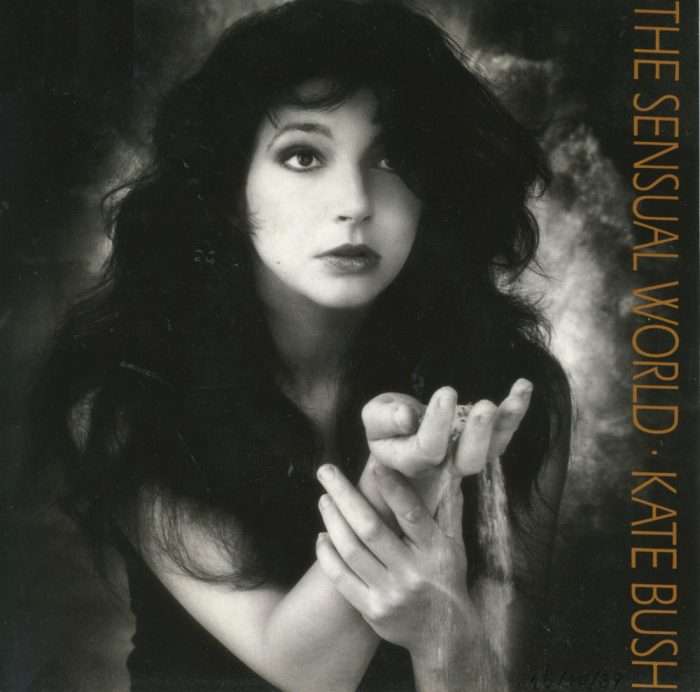 Unlike previous albums, The Sensual World did not follow a single conceptual arc. Instead each track illustrated a vignette, written from the perspectives of far more ordinary people than had previously featured in her songs. The allegories were still vivid and fantastical but at the heart of each story was the existential crises that we all face at some point in our lives. On songs such as ‘Heads We’re Dancing’, Bush deploys her dark sense of humour to imagine a young girl who is charmed onto the dance floor by a man she later learns is Adolf Hitler. The song was inspired by a friend who had spent the evening in the company of a captivating man they later found out to be “father of the atomic bomb” Robert Oppenheimer. Although somewhat ridiculous on the surface, the song speaks to something very real: can you ever really trust your own judgement? And if not, what does that say about you?

The Sensual World’s musical backbone is supported by several distinct influences. An art rock aesthetic still guides the album, with Gilmour’s soaring guitar riffs hyper-charging moments of ecstatic vocal release. Bush’s Farilight CMI makes a return; albeit in a softer, more understated capacity. But it’s the ethnic influences which give the album its particularly unique character. Adding an extra layer of Celtic colour to Nigel Kennedy’s string arrangements, an assortment of Irish folk instruments appear throughout The Sensual World, most notably on its title track in which Davey Spillane fills the middle eight with his uilleann pipes. The folk-inflected influence of her brother Paddy surfaces on songs such as ‘Reaching Out’ and ‘Deeper Understanding’, in which he plays instruments such as the mandolin and the tupan. 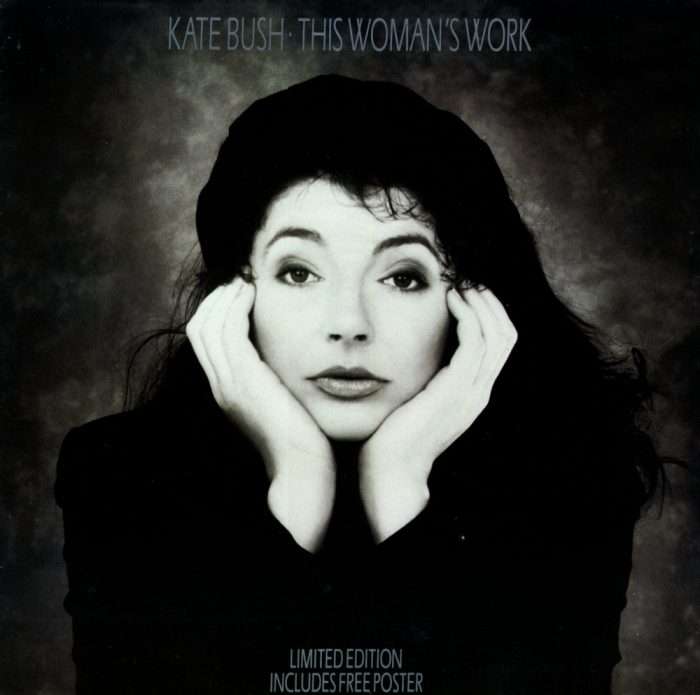 Another major influence came from the group of Bulgarian women known as the Trio Bulgarka, whom Bush had asked to contribute vocals on three of the album’s tracks. Painting a rich harmonic backdrop to her lead vocal on songs such as the computer love-affair ‘Deeper Understanding’, the women provide a traditional counterweight to Bush’s technological obsessions. As Bush was more accustomed to working with primarily male collaborators, the trio imprinted an even greater female presence on the album. The Irish-Bulgarian combination spoke to something deeper – as Bush recalled: “Maybe these are two races that have turned to music in times of hardship. Broken hearts singing, in terrible pain, getting help through the music.”

Whilst it didn’t quite match the dizzying commercial heights of Hounds Of Love, The Sensual World was a more than worthy followup which set the precedent for future releases such as 1993’s The Red Shoes and 2005’s Aerial. The album’s penultimate song ‘This Woman’s Work’ featured in John Hughes’ 1988 drama She’s Having A Baby, before taking on a life of its own as one of Bush’s most iconic compositions – the perfect collision of power and vulnerability that makes her discography so fascinating. As a whole, The Sensual World captured just how far Bush had come by detailing the momentous transition from her youthful 20s into the emotional maturity of her 30s – a process she herself described as a “mental puberty”. But the album proved that she didn’t need to sacrifice the wide-eyed excitability of her earlier material in order to explore the increasingly complex contours of her recording personality. Her femininity was no longer a salacious marketing tool but a complex prism through which she could explore a plethora of themes, from the hopes and fears of childhood to the joys and heartbreaks of adulthood. For Kate Bush, life doesn’t continue in one straight line – it comes full circle.