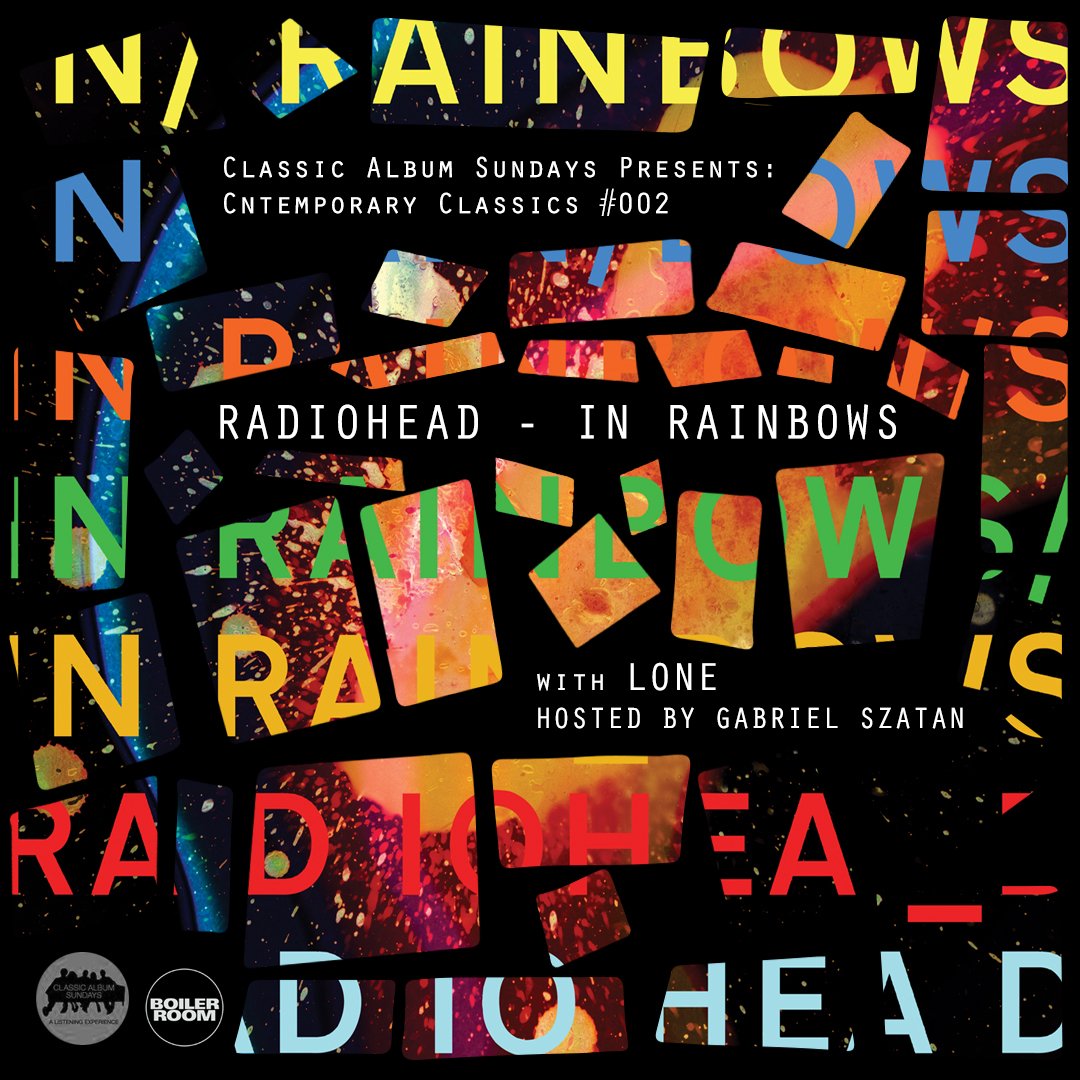 Our ‘Contemporary Classics’ series with Boiler Room  continues with a celebration of Radiohead’s game-changing “In Rainbows”, celebrating its 10th anniversary in 2017.

They also spoke about his remixes for the band; the classic Boiler Room party he played at the invite of Thom Yorke; “In Rainbows”‘ notorious ‘pay what you want’ approach; and more. The podcast features a number of rare offcuts and live performances from the era of their 7th album – see if you can spot them all.