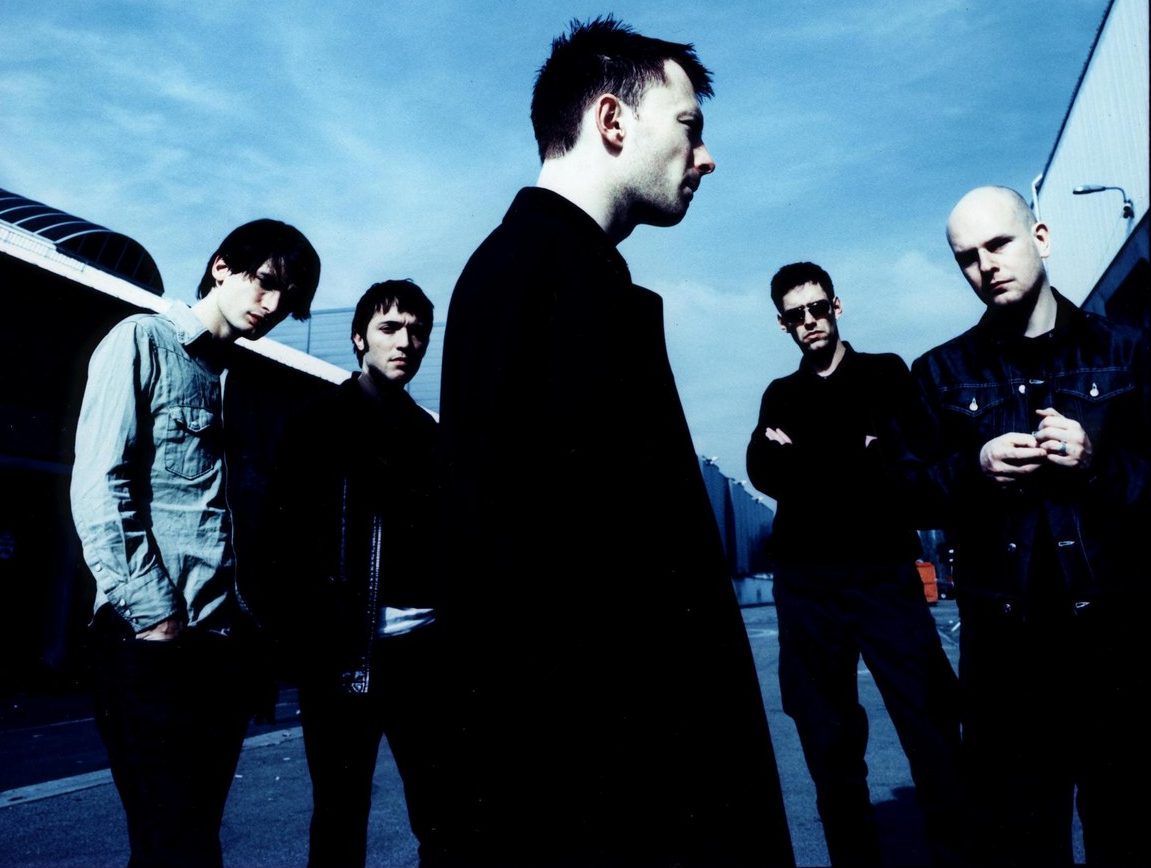 OK Computer is the first Radiohead album that truly shocked their fans. The band had been pinned as the “new Nirvana” after their debut album, Pablo Honey, and entered the rock charts with “Creep”. After feeling like they were becoming an “extension of this Coca-Cola thing”, they dramatically shuffled up their sound for the first time with The Bends. 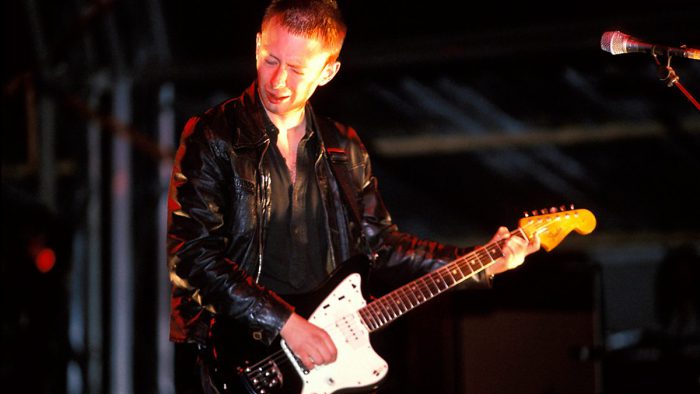 The Bends takes the rock sound they established in Pablo Honey and twists it using samples, obscure guitar tones, and unconventional song structures. They broke away from traditional rock songwriting against their record label’s wishes and instead, developed more complex foundations for their music, including more electronic experimentation. These sounds sparked Yorke to pen more introspective and potent lyrics, dealing with depression and trying to get to grips with their success. Yorke confesses on “My Iron Lung” he believed “Creep” was the only thing keeping Radiohead alive and questioned how long the band would last in the controversial and money-hungry music industry. Melody Maker actually suggested Yorke could potentially be a suicide victim after reading into the album’s lyrical content.

After touring The Bends, the band took a break to reevaluate themselves and their music. What resulted was an urge to reinvent their recording process and create a beautiful album of unconventional sounds and topics. The Bends was literal in the sense that Radiohead felt dizzy after extensive touring and media attention. They saw the world like never before while touring with huge acts like REM and Alanis Morissette, which although it was successful, it was also frustrating.

They pinpointed these emotions when writing OK Computer. The album is commonly discussed as a futuristic art-rock record reminiscent of the worlds of Aldous Huxley’s Brave New World and George Orwell’s 1984. The settings of these novels are stripped of organic life, run by machines, and controlled by a malicious government. The people are manipulated by what technology tells them to believe, and, as a result, are completely invisible to many of life’s joys and freedoms. After touring the world and interacting with other cultures, the band believed the modern world was doomed to a similar demise. They confess their concerns on OK Computer. 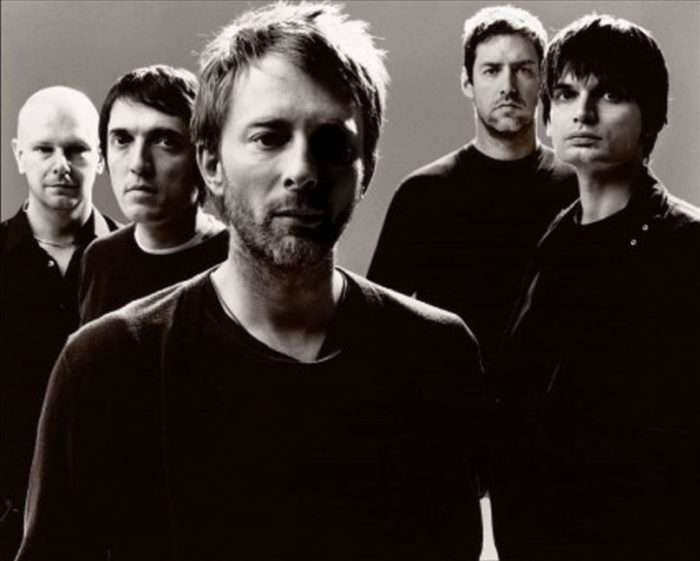 Radiohead wanted to produce the new album themselves, but brought in Nigel Godrich as an someone outside the group to lend perspective and bounce ideas off. Godrich ended up co-producing the album and has since produced every Radiohead album since that time (he is considered the sixth member of the band).

Similar to the director of a post-apocalyptic movie, Godrich helps the listener imagine the dark, barren world conceived by the band whilst writing the record. Before working on the album, his primary musical focus was electronic dance music, and you can tell after hearing the turntable scratching on “Airbag”, computerized vocals in a few tracks, and the samples that give life to the album.

OK Computer seamlessly infuses electronic instrumentation into the initial Britrock sound without overwhelming it and the result is a spacey soundscape. It was recorded in St. Catherine’s Court, an unoccupied mansion owned by Jane Seymour. At the time, the band were listening to Can, DJ Shadow, Miles Davis, Ennio Morricane, REM, and The Beatles White Album for inspiration. They incorporated new instruments such as the glockenspiel and Mellotron and created string arrangements. They used the recording studio like a science lab, recording vocals and instruments in different rooms and hallways throughout the night. Being isolated in the mansion allowed them to record at any hour and without having to stress about a schedule, they could create a new larger-than-life character. 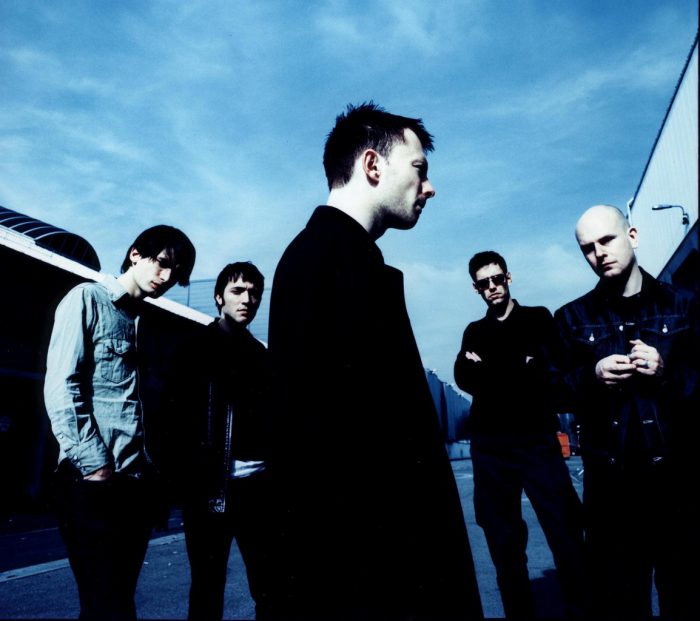 Thom Yorke’s lyrics reveal an inner science fiction philosopher who contemplates life’s mysteries and converses with his imagination. Isolation, alienation, anti-capitalism, and political corruption are all themes he raises in OK Computer to predict what the 21st century would look like (and if you look around, he wasn’t too far off). Yorke was inspired by writers like philosopher Noam Chomsky, sci-fi novelist Phillip K Dick, and satirist Jonathan Coe. These authors made Yorke think about the world around him making him realise how scared he really was.

He expresses that anxiety on “Paranoid Android”. The track is named after Marvin the Paranoid Android from The Hitchhiker’s Guide to the Galaxy, in which the character’s depression serves as comic relief. Inspired by ‪The Beatles’ “Happiness Is a Warm Gun” the band combine segments from three different songs written by three different bandmembers. The initial take was over 14-minutes long but they whittled it down to six and got a kick out of it.

Yorke observed that advanced technology was quickly consuming human culture. Staggering growth in transportation, government, and corporations frightened him. His lyrics force the listener to think about these uncomfortable changes and rediscover the morality of our actions. Yorke want us to care about the world around us, to not give into distractions, like cell phones, television, and consumerism, and to realise the world isn’t always fair. 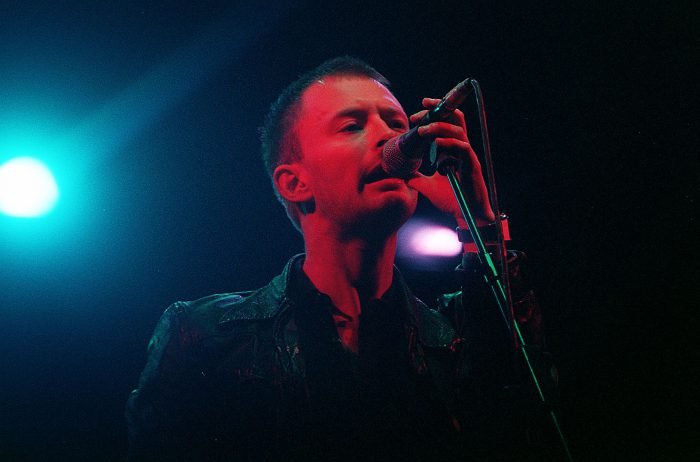 The overwhelming success of OK Computer ended up heightening the band’s frustrations. Suddenly they themselves became products of the technology-obsessed world Yorke sings about and had to endure too much press. While talking to one journalist, they claimed to have been interviewed by writers from 20 countries in the same week.

Watch: John Harris from The Guardian on Radiohead ‘OK Computer’

Even though fear of technology is a heavy topic on the album, they also use it to create many beautifully human moments. For example, the end of “Let Down” ends with a sweet instrumental duet of an acoustic guitar and ZX Spectrum computers, which all of the members had as kids. “Fitter Happier” established a new way of displaying emotion using technology as ‪Thom Yorke relays “the darkest thing he’s ever written” into his Mac to be read in computer-speak on the record. This digital language is underpinned by a beautiful, emotional piano line, and sparks the idea that maybe some forms of technology can be human.

According to the aliens on “Subterranean Homesick Alien”, humans are uptight and don’t strive to find the meaning of life. Even though most of the album revolves around turmoil, ‪it wraps up with a more optimistic note, as Radiohead tell their audience to stand on the edge and take a moment to slow down. If we play too much into our distractions, we can miss out on a truly beautiful moment. And we grant the same advice when listening to OK Computer.

Read More: Album of the Month: Radiohead ‘Kid A’