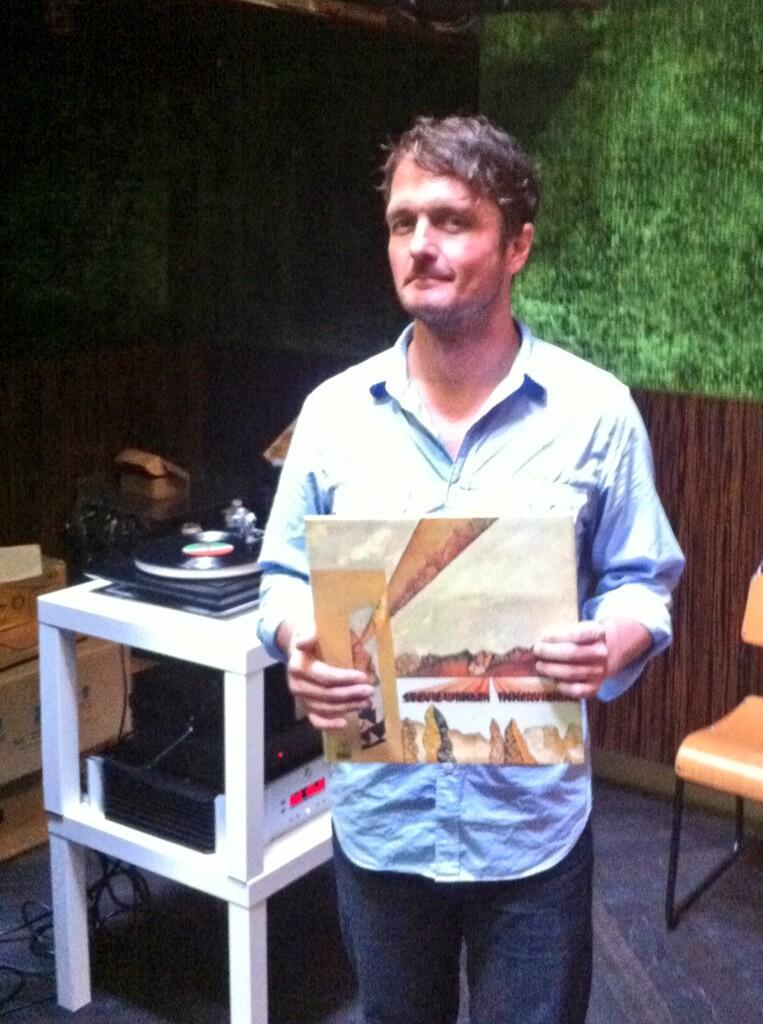 This week marks the 40th anniversary of Stevie Wonder’s album, ‘Innervisions’. It was released forty years ago yesterday, on August 3, 1973.

Stevie wrote all the songs, played most or in many cases all of the instruments, and oversaw the studio production himself. Great tunes were just flowing out of him. The songs include ‘Love Having You Around’, ‘You Are the Sunshine of My Life’, ‘Superstition’, ‘Living for the City’, ‘Higher Ground’, ‘You Haven’t Done Nothin’, ‘Sir Duke’, ‘As’, and ‘Isn’t She Lovely’.

It’s a pretty unmatched run of releases by a solo artist in terms of each album’s staying power and brilliant songwriting.

Stevie Wonder was 23 when Innervisions hit stores in 1973. He had already been performing and recording for Berry Gordy’s Motown Records for eleven years—since he was 12 years old.

But in 1971, Stevie left the Detroit Motown recording studio, with its distinctive 1960’s “Motown Sound”, and booked his own studio space, where he installed all the latest ARP and MOOG synthesizers and began experimenting with these in his own recording sessions.

Listen: Classic Album Sundays on Worldwide FM: The Story of Stevie Wonder’s ‘Songs In The Key Of Life’

These synths were relatively new instruments, with newer models being released all the time, and they were giant consoles with all kinds of wheels and slider controls in addition to their more traditional keyboard components. Stevie had banks of these in his studio, in addition to Fender Rhodes piano and clavinet.

Now, one thing we all know about Stevie Wonder, but maybe we don’t really think about that much…is that the man is blind.

So he had all these synthesizers everywhere completely labeled in BRAILLE, so that he could make full use of them, and just went on his way…writing and recording new songs constantly, until he had more than 100 original tunes in the can.

Now, to back up a bit, in 1971 Marvin Gaye released his seminal ‘What’s Going On’, on Motown, a concept album with heavy social and political messages. He fought Berry Gordy for complete artistic control of the record and won. The concept album was a new thing in the soul and R&B world and a stark departure from the sunny pop music which Motown was releasing at the time — soul albums still tended to be a collection of singles, rather than a unified whole.

Stevie was clearly impressed by Marvin’s record and wanted to take a crack at it himself. So, in 1972 he released the first two of his “classic period” LP’s, ‘Music of My Mind’ and ‘Talking Book’. Both of these albums, like Marvin Gaye’s ‘What’s Going On’, dealt with social, political, and spiritual themes, but Stevie went one step further, playing and recording most of the instrumental parts and overseeing the mixing in the studio himself.

Then, Innervisions was released in August 1973. It included ‘Living for the City’ and ‘Higher Ground’. The album, and the two singles were instant chart-topping hits.

We’ve all heard these two tunes hundreds of times, but we’ll hear now how they fit into the album as a whole. The sequence of the tracks is crucial, and ‘Innervisions’ has a real sense of drama from start to finish.

On August 6, 1973, three days after the album’s release, Stevie’s driver John Harris was at the wheel in South Carolina with Stevie asleep in the passenger seat. They ran into the back of a logging truck and a log crashed through the windshield and straight into Stevie’s forehead.

He was rushed to the hospital in a coma with a fractured skull and severe brain contusion, his head swollen to three times its normal size. Berry Gordy was phoned from the hospital and told that Stevie was not expected to live.

Surgery was ruled out and for five days, Stevie lay in a coma. Then, as Stevie’s manager Ira Tucker was loudly singing ‘Higher Ground’ directly into Stevie’s ear, Stevie began tapping his finger on the side of hospital bed in time with the song.

Within six weeks, Stevie was performing ‘Superstition’ and ‘Honky Tonk Women’ onstage at the Boston Garden with Elton John.

The episode left Stevie feeling he had been given a second chance in life, and he resolved to use the experience to improve himself. In Stevie’s words,

“… I would like to believe in reincarnation. I would like to believe that there is another life. I think that sometimes your consciousness can happen on this earth a second time around. For me, I wrote Higher Ground even before the accident. But something must have been telling me that something was going to happen to make me aware of a lot of things and to get myself together. This is like my second chance for life, to do something or to do more, and to value the fact that I am alive.”

The Story of Grace Jones “Nightclubbing”