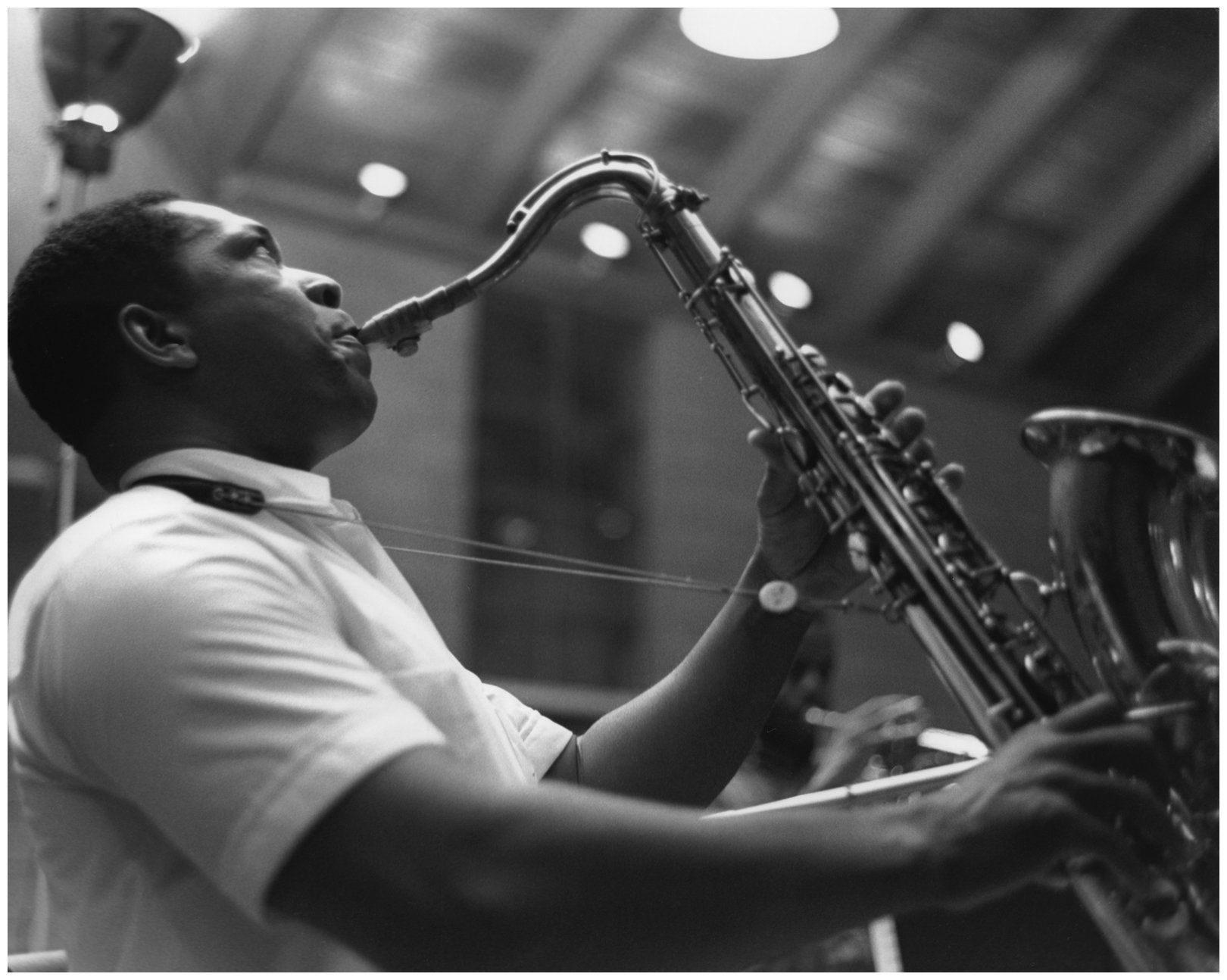 Our Musical Lead-Up playlist references some key points in Coltrane’s early career such as his time with Thelonious Monk and Miles Davis, along with the first album he recorded as a bandleader. We also depict some of Coltrane’s influences outside of jazz including classical music, the Negro spiritual and traditional Indian music. We conclude the playlist with a few important works leading up to A Love Supreme, as well as a live version of the album’s final suite ‘Psalm’.