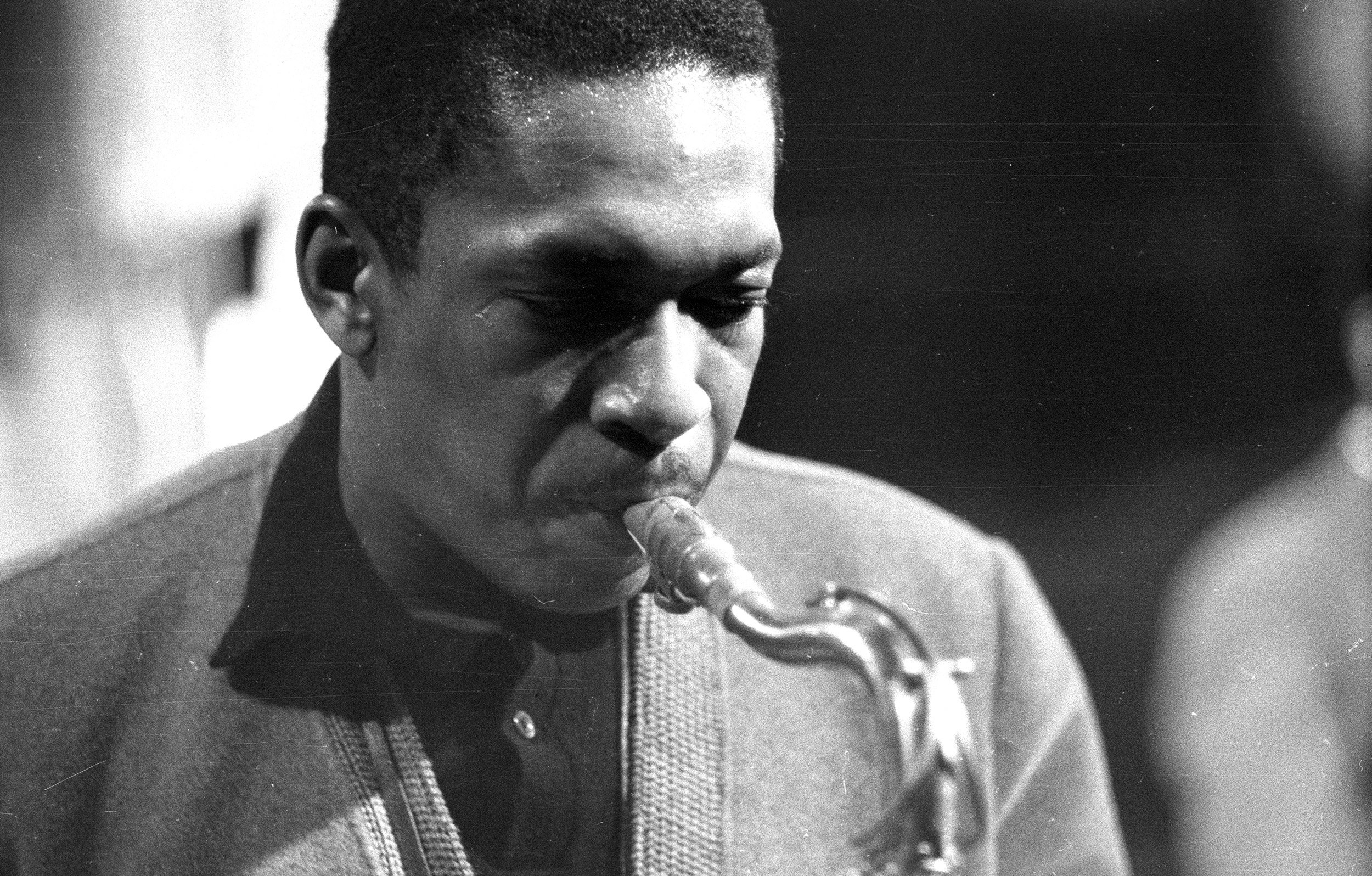 “I believe that men are here to grow themselves into the best good that they can be.” – John Coltrane 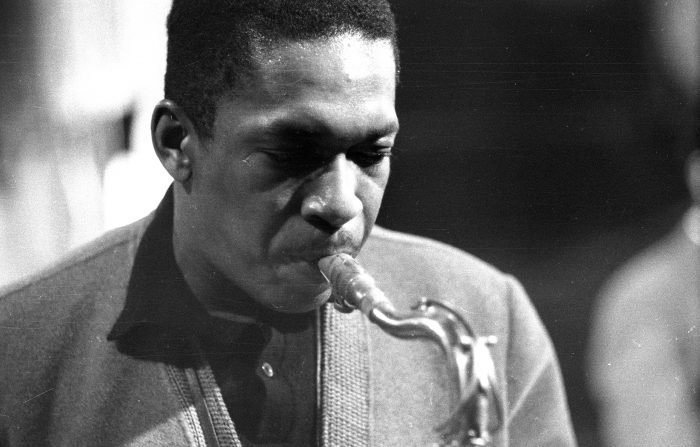 Saxophonist John Coltrane was not a child musical prodigy but instead was the eternal student who diligently studied the sound and technique of his predecessors: Charlie Parker, Lester Young, Dexter Gordon and Coleman Hawkins. He devoured theory under the tutelage of bandleader-composer-musicians Dizzy Gillespie, Thelonious Monk and Miles Davis. He sought ideas in the compositions of Ravel, Debussy, Stravinsky, Negro spirituals and the ragas of Ali Akbar Khan and Ravi Shankar. He was the investigative autodidactic who read theoretical books on music, mathematics, science, philosophy, the occult and religion. And he tirelessly practiced and played so hard, at home, between long live sets and during other player’s solos, that at times his reeds were red with blood.

As a bandleader and composer in his own right, he pushed the limits of harmony and then embraced static harmony; he helped pioneer modal jazz and free jazz, and often shocked and challenged his listeners. But he didn’t do this as art for art’s sake, for entertainment value nor to be provocative. It was because he was compelled to push boundaries, search for something new and seek the truth. In 1962 he wrote to Down Beat editor Don DeMichael, “Truth is indestructible. It seems that history shows (and it’s the same way today) that the innovator is more often than not met with some degree of condemnation; usually according to the degree of departure from the prevailing modes of expression or what have you. Change is always so hard to accept.”

Even though he left this earthly plane at the young age of 40, his wealth of work and astounding sonic explorations place Coltrane alongside Charlie Parker as one of history’s most influential jazz saxophonists. But he is also one of the most significant musicians of all time as he helped establish the tradition both within and outside of jazz, of endeavouring to not sound like anyone else. 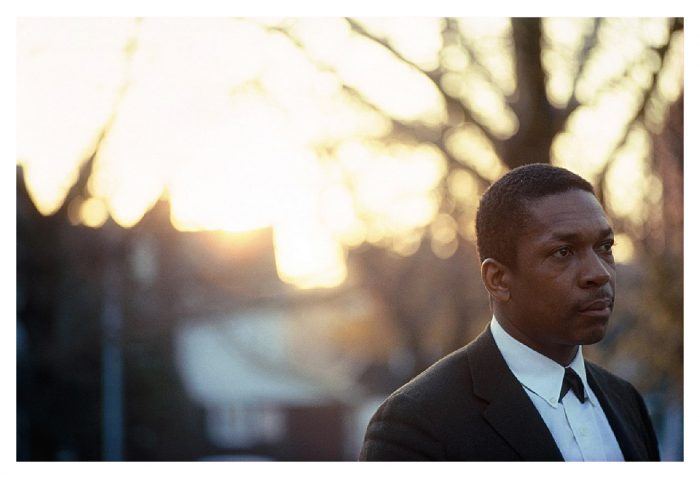 New York Times jazz critic and author of Coltrane: The Story of a Sound Ben Ratliff summed it up: “Coltrane encouraged musicians to practice and study rudiments and scales and harmonic theory. He played the blues in unusual keys for the sheer challenge of it. He worked on himself until he became a great technical achievement, the complete jazz musician. Even more indirectly, he encouraged other musicians, in jazz and outside of jazz, to transcend their hang-ups and preconceptions and to play a pure, intuitive expression, as opposed to learned figures. He helped people freak out; he gave them extramusical ideas.”

A Love Supreme is John Coltrane’s masterpiece. Ratliff views this 1965 album as “the fulcrum of his career, setting the outline for understanding both his past and future work.”

In 1964, John was living with the harpist, pianist and his second wife Alice in the suburbs of Long Island where they were raising their children. They didn’t socialise much with the outside world and maintained more of a peaceful, introspective atmosphere. Although she wasn’t yet a fulltime musical member in John’s group, Alice’s influence on John cannot be underestimated. In The Dawn of Indian Music in the West, author Peter Lavezzoli surmises, “Alice brought happiness and stability to John’s life, not only because they had children, but also because they shared many of the same spiritual beliefs, particularly a mutual interest in Indian philosophy. Alice also understood what it was like to be a professional musician.” 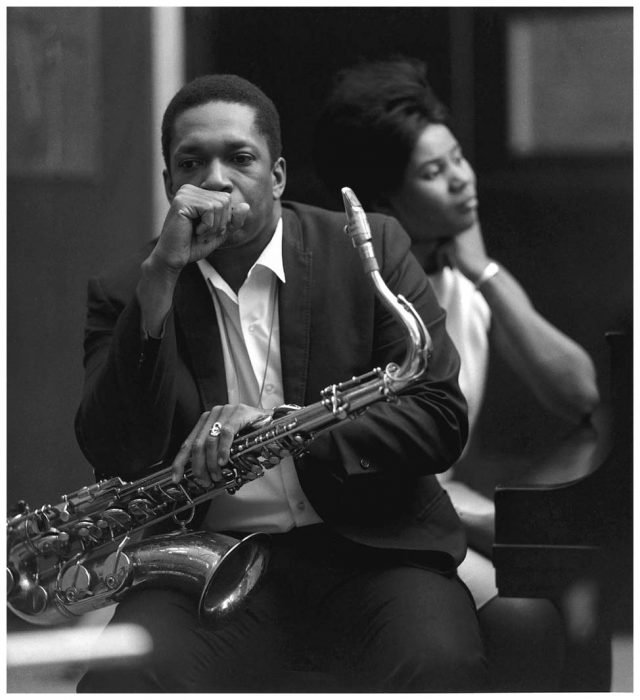 Alice recalled that one day late in the summer of 1964, he came downstairs in his new house “like Moses coming down from the mountain”, holding a complete and formal outline for a new four-part suite. It was the only composition of Coltrane’s that would be that formally prepared.

Although it was originally arranged for a group of nine musicians, it was ultimately recorded by Coltrane’s classic quartet: Jimmy Garrison on double bass, McCoy Tyner on piano, Elvin Jones on drums and percussion and John Coltrane on tenor saxophone and for the first time, vocals. It was the model of small group jazz. They entered Rudy Van Gelder’s studio in Englewood Cliffs, New Jersey on December 9th, and recorded the entirety of the album’s four suites in that one day.

A Love Supreme consists of four parts: “Acknowledgement”, “Resolution”, “Pursuance” and “Psalm”. It begins with the bang of a gong which is acts as a welcome or for some, a call to prayer. Through his horn, Coltrane speaks like a preacher and plays the words of his poem printed on the album’s back cover. Tyner and Garrison revolve around the nexus of Coltrane and Jones’ telepathic musical interplay and outwardly projected intensity is balanced by introspective moments of reflection. The listener is even treated to the sound of Coltrane’s voice, chanting at the end of the album’s first suite.

A Love Supreme is a spiritual work, one that pursues a deeper meaning. Coltrane admitted that he didn’t own his talent but was channelling a higher power. He had the discipline, the tools and the technique, but the actual music seemed to happen by itself. Archie Shepp who played tenor sax on alternate takes of “Acknowledgement” reflects, “I see it as a powerful, spiritual work that really confirms John’s connection to the Afro-American church. These things seem to refer to personal commitment to a supreme being.” 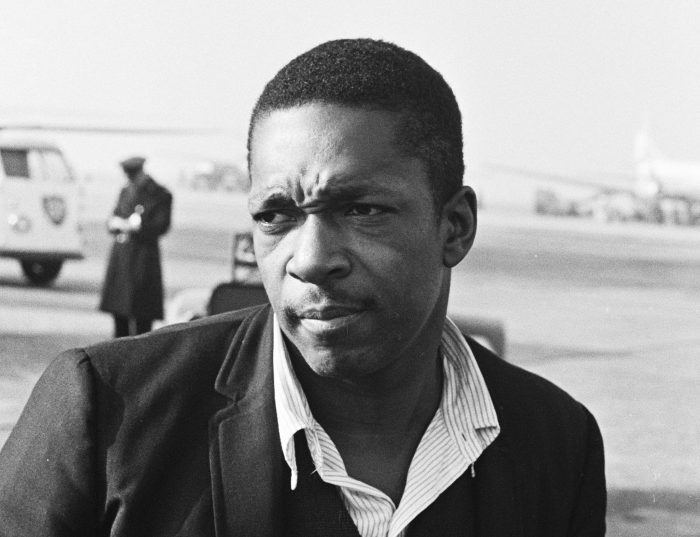 For many African-Americans, the album’s sense of yearning captured the spiritual quest along with the anger, the resolve and the sadness of an era that witnessed the rise of America’s Black Conscious movement, Martin Luther King’s 54-mile march in Alabama and the assassination of Malcolm X.

A Love Supreme and John Coltrane’s effect on musicians, both at the time and thereafter, have been immense. It greatly influenced musicians like Carlos Santana and John McLaughlin, new music composers like LaMonte Young, Terry Riley and Steve Reich. He raised the bar for future jazz saxophonists like Courtney Pine, Kenny Garrett, Marcus Strickland and Branford Marsalis who covered the album in its entirety on his 2001 release Footsteps of Our Fathers.

It even made a mark on rock music. A Love Supreme is referenced by U2 in their song “Angel of Harlem”. Phil Lesh took a cue from Coltrane’s lengthy improvisation with his band The Warlocks and later with The Grateful Dead. Coltrane’s revolutionary spirit is cited as an influence to punk rockers like the Minutemen’s Mike Watt and even Iggy Pop who claimed, “What I heard John Coltrane do with his horn, I tried to do physically. And the simplicity of the compositions was encouraging to me, because I did not have more than an extremely rudimentary sense of chords and song structure.”

Ben Ratliff concludes: “Coltrane was always concerned with blazing ahead, one popular line of reasoning gos; he didn’t place much value in what he left behind him. And in jazz, it is the self-conscious trailblazers, always, who give listeners extramusical matter for the guide ropes, so that they might progress with him more easily. Coltrane gave them A Love Supreme complete with text. He gave them some astronomy, some Africa, some Spain, some not-so-subtle civil rights messages; he seemed to be encouraging you to receive ideas about history as well as his sound.” 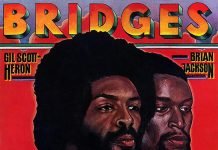 [ Past ] Classic Album Sundays NYC Presents Miles Davis ‘In A...