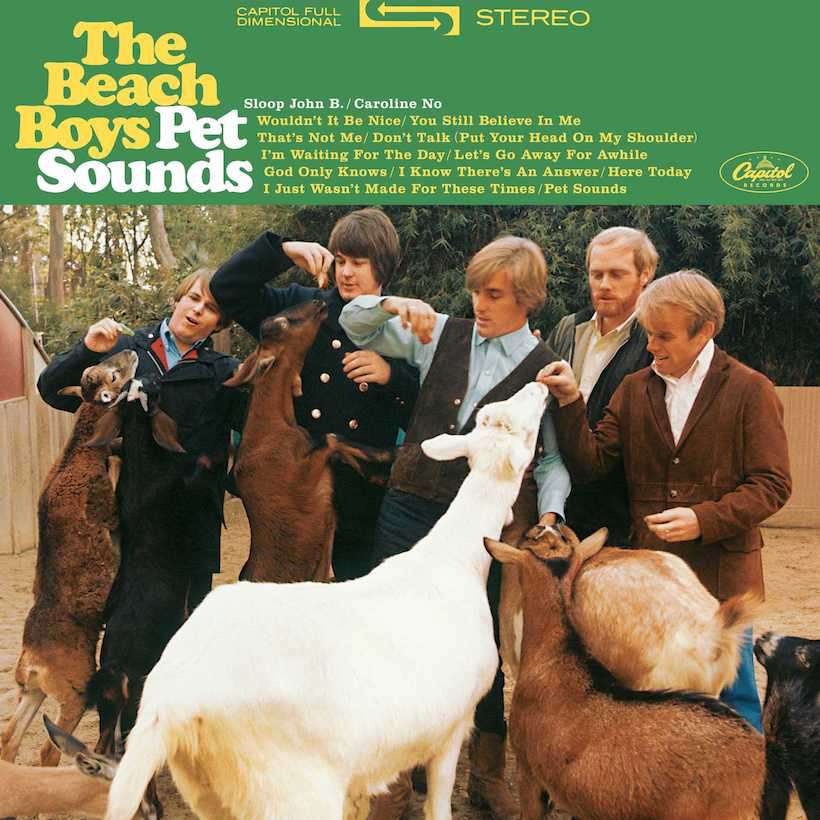 Produced and arranged by Brian Wilson, the album was one of the most ambitious rock album ever recorded along with The Beatles. Bicycle bells, buzzing organs, harpsichords, flutes, Electro-Theremin, dog whistles, trains, Hawaiian-sounding string instruments, Coca-Cola cans, and barking dogs were all used to create a sonic experience that was unparalleled.

With it’s striking orchestration, multi-layered lyrics and symphonic sound, Pet Sounds paved the way for music to come. Written in response to The Beatles Rubber Soul, inspired by the fact that the whole album was filled with great songs and no fillers, Wilson rushed to his wife and proclaimed, “Marilyn, I’m gonna make the greatest album! The greatest rock album ever made!”. 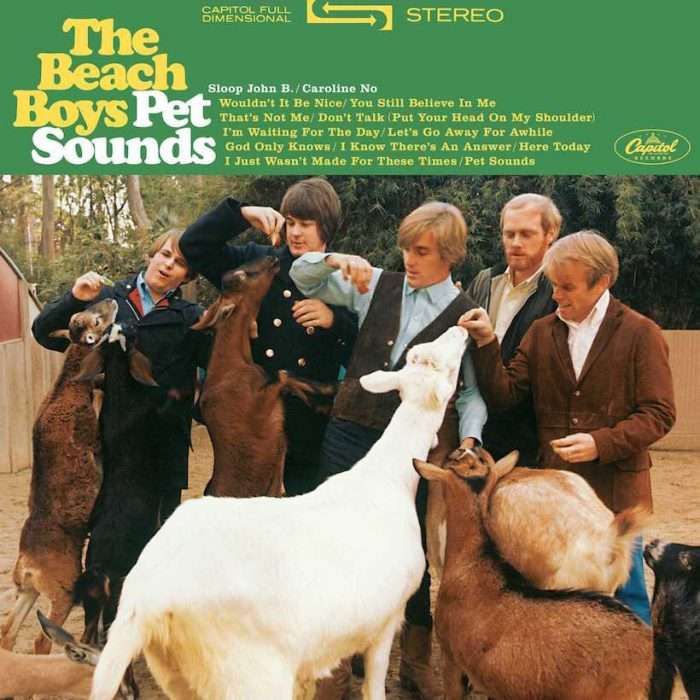 Later he would say “Yeah, it was sort of my answer to Rubber Soul and their response to Pet Sounds was Sgt. Pepper. They really wanted to top us, and they did. It’s just the way it works; it goes two ways. But Paul McCartney, who’s a good friend of mine, says “God Only Knows” remains his favourite song to this day.” Although fans like to pit the two bands against one another, The Beach Boys and The Beatles had more of a symbiotic relationship – it has been said The Beatles looked outward and Wilson looked inward.

The warm soothing sounds on the album convey deep emotion often packaged in childlike whimsy to create a listening experience that is still regarding as a truly unique piece of music and one of the most important albums of all time. Still influencing contemporary artists such as Panda Bear and Animal Collective, Pet Sounds probably has more impact today than when it was released.

Read: The Story of The Beach Boys ‘Pet Sounds’

The Story of Led Zeppelin ‘Houses of the Holy’