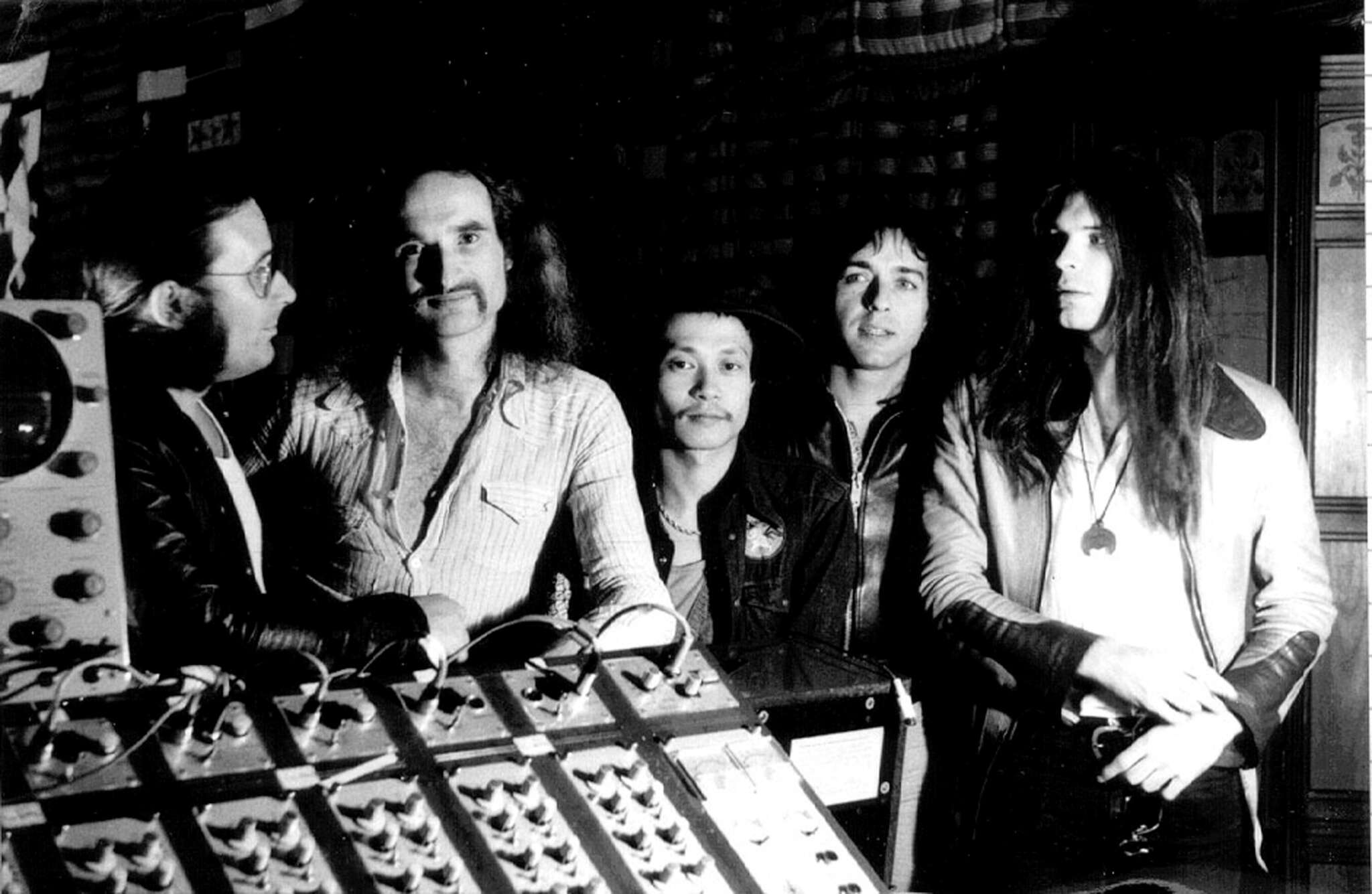 It would be lazy to place CAN under the broad umbrella term of krautrock. The truth is, the band were a universe unto themselves, fusing the once separate worlds of avant-garde composition and rock n’ roll songwriting to form a unique, celestial body of work. In their ‘70s heyday their genius was exemplified by masterpieces such as Future Days and Ege Bamyasi; albums which saw the peak of their rhythmic propulsion and mesmerising psychedelia, powered by a seemingly telepathic communication between drummer Jaki Liebezeit, singer Damo Suzuki, keyboardist Irmin Schmidt, guitarist Michael Karoli, and bassist Holger Czukay.
CAN’s influence remains undeniably prevalent on the outer fringes of mainstream rock, offering a blueprint for bands hoping to construct their own cerebral yet kinetic sound. Below are some of the finest examples of the band’s singular influence.

American noise rock veterans Swans grew out of the same no wave scene as bands such as Sonic Youth in the early 1980s. Their slowly expanding lineup has been led by longtime frontman Michael Gira, who has overseen the band’s gradual evolution away from their snarling early material towards a sound best described as panoramic and cinematic. In 2014 they released To Be Kind, arguably their finest album ever – a meandering, nightmarish journey through the borderlands of rock and noise. Precise and often beautiful sonic flourishes are contrasted by explosive moments of thrashing intensity, as a rhythmic pulse bubbles just below the surface. It’s a formula that’s as stunning as it is terrifying.

Probably the highest-profile exponents of CAN’s influence, Radiohead have built an impressive career that manages a tricky balance between stadium sized power and delicate introspection. Their latest dispatch, released prior to a period of solo soundtrack work by Thom Yorke and Jonny Greenwood, was 2016’s A Moon Shaped Pool – an album which finds the band in a reflective and percolating mode of brooding intensity. Disquieting highlights such as ‘Burn The Witch’ and ‘Daydreaming’ generate quiet shockwaves through endlessly looped phrases, eschewing riffs for subtle atmospheric cohesion. Yorke has expanded on this with his recent soundtrack work for Luca Gaudagnino’s Suspiria remake.

Having sprung to life from an impromptu jam session at a Christmas party around ten years ago, Beak > have since become one of the most endearing krautrock-influenced bands of the decade. Consisting of musicians from both Portishead and Moongangs, the band fuse electronic and acoustic sound in a way that feels both artistically complementary and immediately fun. Geoff Barrow’s eerie soundtrack work alongside Ben Salisbury is contrasted here by the playful use of synthesisers on their latest album, >>>, which add bursts of vibrant colour to its earthy rhythm section.

Cavern of Anti-Matter began life as a temporary solo project of Stereolab’s Tim Gane, but after its success the musician decided to expand the project’s lineup to that of a full band. They have since recorded for influential labels such as Ghost Box and Peripheral Conserve, building up a style of mechanised, streamlined rock that nonetheless is ambitious in its  use of expansive song structure. Whilst the organic element of a band like CAN is absent, the rhythmic focus and emphasis on collective cohesion feels deeply in tune with the pioneering German artists of the 1970s.

A collaboration between German musician Sebastian Lee Philipp and various guest contributors, Die Wilde Jagd proves CAN’s influence is alive and well in their home country. Their sound is heavy on atmosphere, an interlocking tension that arises through the melange of looped phrases contributing to the dark and wild edge of their music. Having had one of their songs featured on the BBC smash hit Killing Eve in 2018, their latest album capitalises on this momentum, taking its name from A Clockwork Orange and exploring the dark corners of rock with cavernous percussion and German lyrics.

Watch: Primal Scream on ‘Give Out But Don’t Give Up’: Original Memphis Recordings at Classic Album Sundays