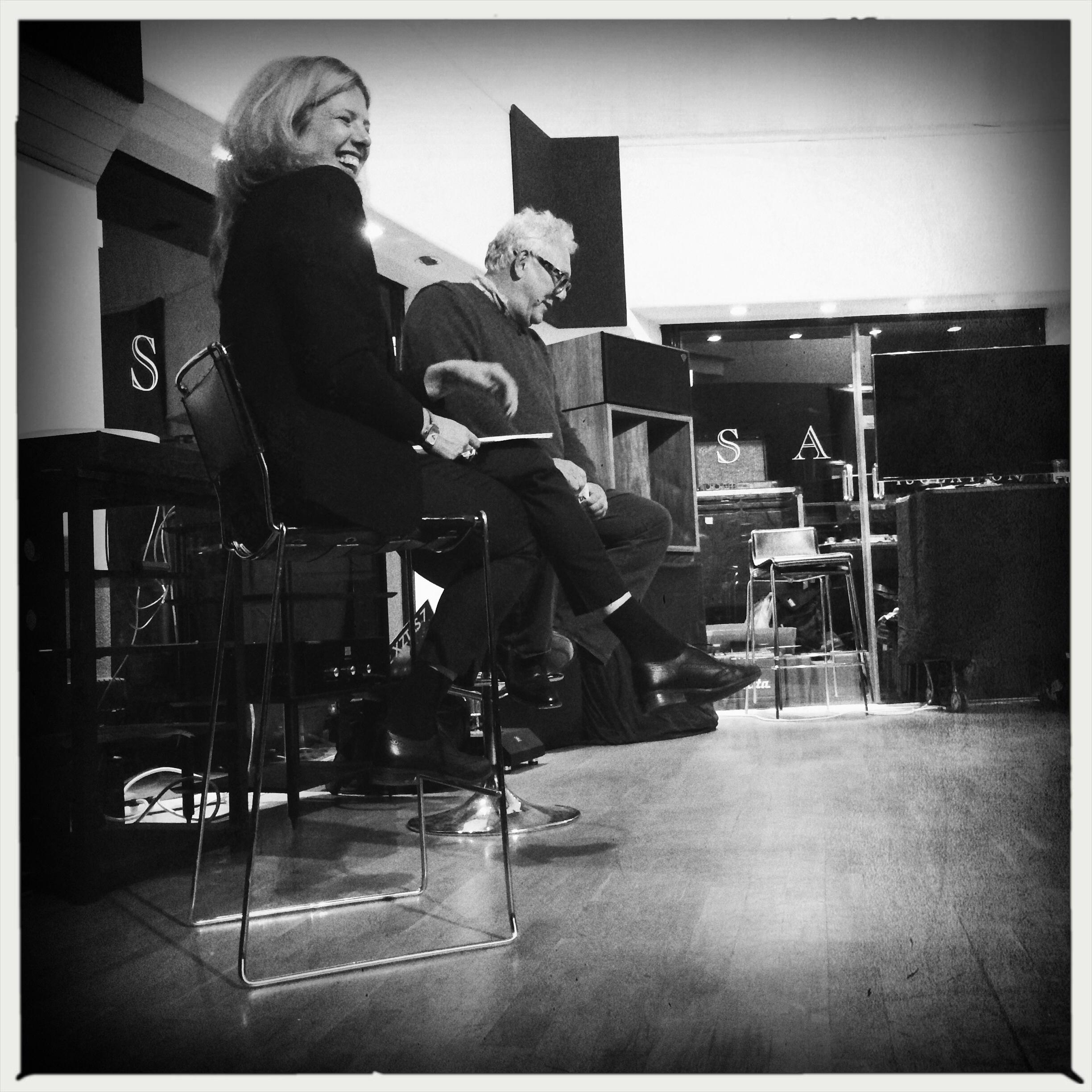 We had an amazing time at our ZTT session featuring Frankie Goes to Hollywood ‘Welcome to the Pleasure Dome’. Producer Trevor Horn was an absolute delight and we treasured his stories about the recording of this pop double album that gave an ironic nod to the prog rock gatefold. The session took place at the studio in which it was recorded, SARM West, which is due to move later this year. We loved it when he pointed to an attendee seated in the middle and said, ‘Holly Johnson was singing right about there.’

ZTT cohort, journalist and enfant terrible Paul Morley recorded an exclusive televised introduction to the album which was of course humorous and even somewhat reverent! Then we listened to all sides (F, G, T and H) on our audiophile hi-fi comprised of Audio Note and Klipsch.

Following the replay Colleen was joined by Trevor, engineer/guitarist Steve Lipson, and programmer/Fairlight guru J J Jeczalik for a Q&A that was filled not only with remarkable historical anecdotes but most memorably with laughs. One could only imagine what these three very different characters were like working together in a studio!