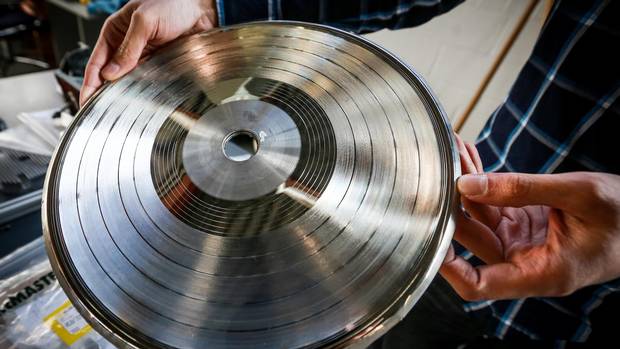 As another Record Store Day rolls by, encouraging thousands to flock to their local store in hope of picking up that fresh batch of exclusives, Popular Science have published an interesting report, looking into the efforts of Canadian press manufacturer, Viryl Technologies, who are working to alleviate the ever-increasing stress placed on record plants around the globe by producing the first fully automated record presses in 30 years.

As Corinne Iozzio reports, “For years, vinyl production has been at or over capacity. According to U.K. research firm Deloitte, total record sales in 2017 will hit 40 million worldwide. And Nielsen’s 2016 Year-End Music Report showed the eleventh straight year of consistent upswing. That’s a lot of discs for the few dozen up-and-running plants and couple hundred or so working presses worldwide.”

“It’s so many records, in fact, that about two years ago United stopped taking on new clients for about a year to clear up its backlog and shorten turnaround times. For smaller shops and upstarts, backups are harder to manage—and sometimes exacerbated by the run-up to major selling seasons, like this Saturday’s Record Store Day, a global event celebrating local music retailers.”

The report also highlights how advanced computer software is aiding in this process, the struggles pressing plants encounter when buying and servicing old machinery, and the establishment of new pressing plants, such as Jack White’s recently launched Third Man Pressing in Detroit. It’s an interesting read and a reminder of the fascinating manufacturing processes behind every music lover’s favourite format.

Check out the full report here

Read Next: Renowned Mastering Engineer Tom Coyne Has Passed Away