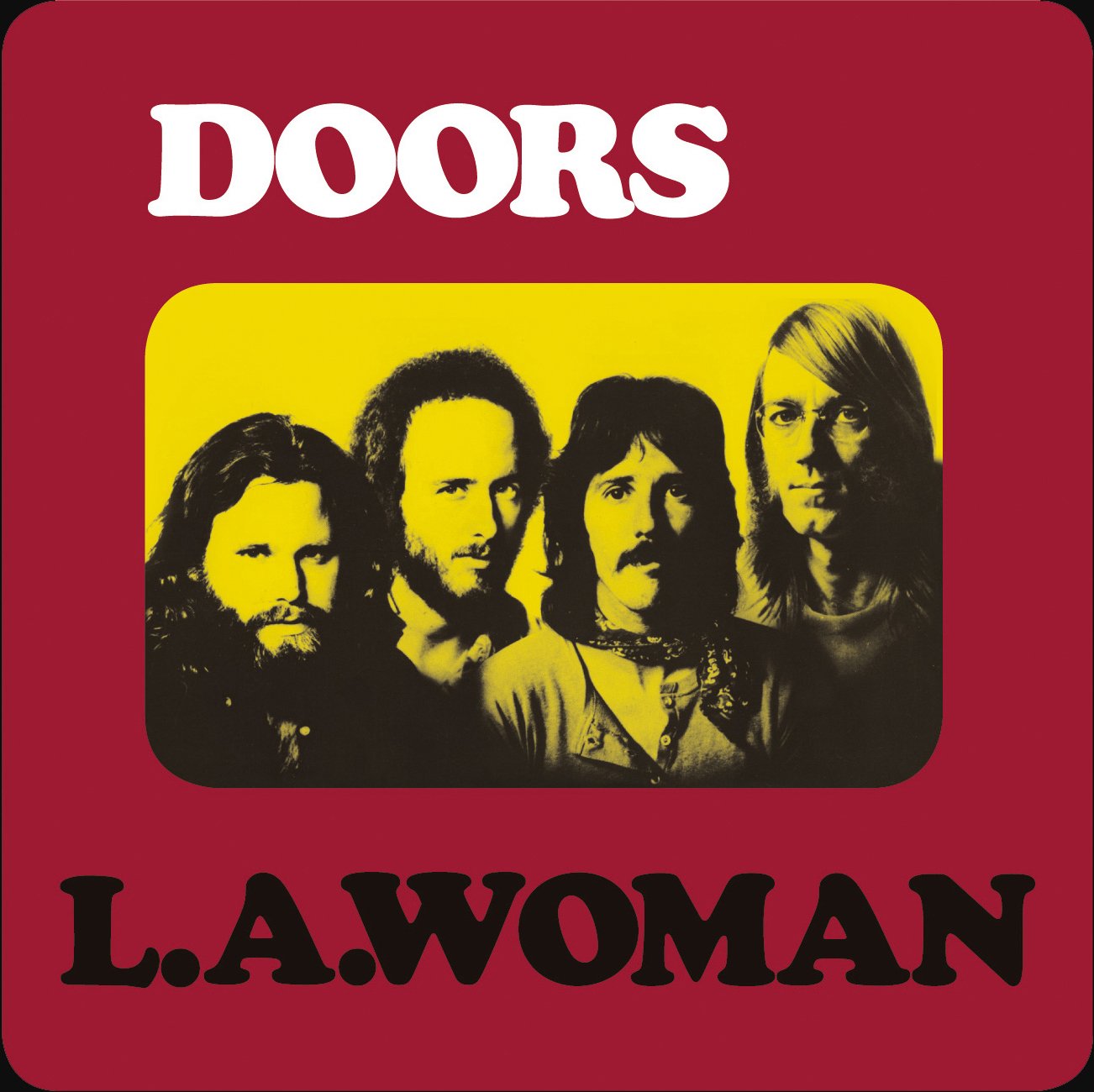 Jim Morrison’s wildly erratic behaviour ensured a tumultuous climax to the 1960s for The Doors. Arrested on multiple occasions, and across several states, the frontman’s antics and looming convictions hung over the band’s future prospects precariously.

Musically, meanwhile, although their albums were still enjoying commercial success, critically the support had been waning with their fourth studio album Soft Parade scathingly criticised as “bubblegum music”. However, despite this backdrop of conflict and identity crisis, by 1971 The Doors still owed one final album to their record label Elektra before they could negotiate a new contract with another label. 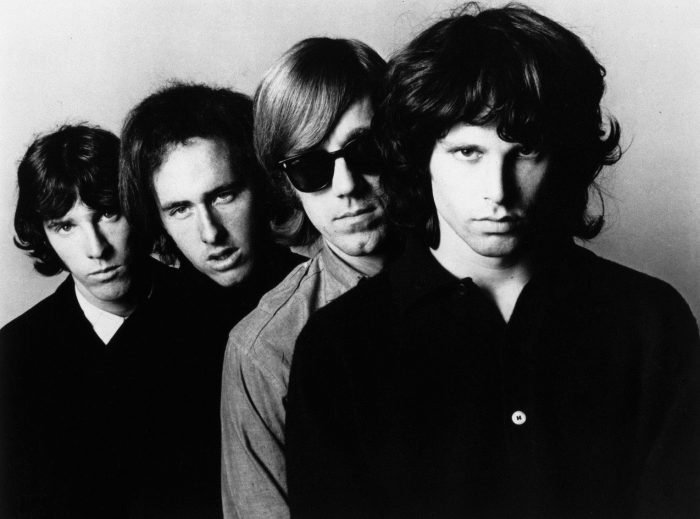 Instead of developing the bold orchestration of previous album Soft Parade, the band continued the trajectory of Morrison Hotel, their fifth consecutive gold album (which made them the first American rock band to achieve that accolade). Morrison Hotel’s stripped-back blues feel was reminiscent of their Whiskey A Go Go days, and although it didn’t feature a major single, it was lauded by the critics who applauded the band’s return to their blues roots.

For their sixth studio outing, The Doors drafted in a second guitarist, Marc Benno, and bass player Jerry Scheff who was playing with Elvis Presley’s band TCB (Taking Care of Business). Producer Paul A. Rothchild, who had worked on the band’s five previous album, returned for early sessions at  Sunset Sound Recorders studio in LA, but failed to stay the course after several personal and artistic issues arose.

Read more: Album of the Month: ‘The Doors L.A. Woman’

Most notably, after hearing their new material Rothchild was deeply unimpressed (enough to call it ‘cocktail music’). When interviewed for the Jim Morrison biography No One Here Gets Out Alive, he recalls telling the band, “I don’t think the world wants to hear it, it’s the first time I’ve ever been bored in a recording studio in my life, I want to go to sleep.” So, at Rothchild’s suggestion, the band resolved to produce it themselves alongside engineer Bruce Botnick.

Morrison was deeply enamoured with the blues, even declaring the final recording session (in which the band recorded “Crawling King Snake”, “Cars Hiss By My Window”, and “L.A. Woman”) “blues day”.  The album’s gritty and raw live sound was shaped with this in mind, with overdubbing mostly constricted to a few extra keyboard takes. As Botnick explains “The overall concept for the recording session was to go back to our early roots and try to get everything live in the studio with as few overdubs as possible”. 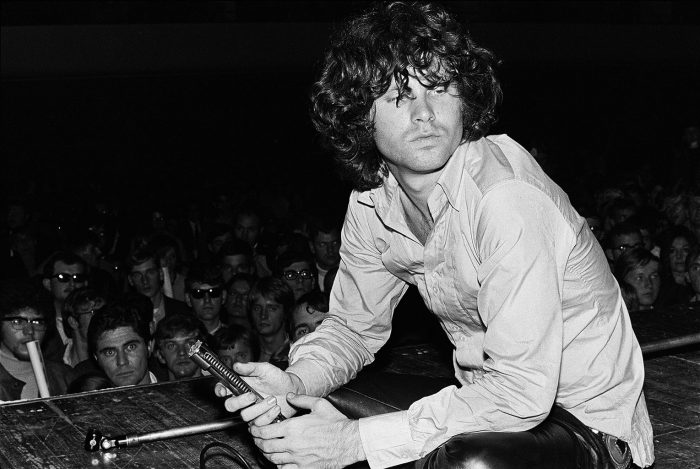 Recording in their own custom rehearsal space, The Doors Workshop, work progressed quickly as some of the songs had already been written, such as “Cars Hiss By My Window”, which had been pulled from Morrison’s old Venice Beach notebooks, and the poetry of “The WASP(Texas Radio and the Big Beat)” which had been included in a Doors souvenir book from 1968. “L’America” had been written for Michaelangelo Antonioni’s Zabriski Point but had not been used. During their early live sets, the band had covered John Lee Hooker’s ‘Crawling King Snake”, so the song was already thoroughly rehearsed and ready to go. As such the studio mood was running high and Morrison told his friends he was happy to be making a blues album.

The record would be dominated by two long compositions. “Riders on the Storm” was the closest The Doors had come to jazz and, like most of the album, allowed the three instrumentalists to display their chops with Krieger taking a cue from the country-western standard “Ghost Riders in the Sky”. Morrison makes reference to a “killer on the road” which may reference the film HWY: An American Pastoral in which Morrison starred, or the spectre of the previous decade’s high-profile assassinations and Manson murders.

The album’s title track “L.A. Woman” is a twisted tribute to their home city, in all its seediness and sun-bleached depravity. After being drawn to the city as a UCLA film student, a disillusioned Morrison was now convinced the sunny glamour of the city was just a superficial facade. Scouring LA’s underbelly, the song chronicles one of many lost and alienated souls in a city of disease and despair, the sense of drama underlined by its relentlessly propulsive drum beat and staccato piano stabs. The song highlights yet another stunning instrumental performance from Manzarek, Krieger and Densmore.

The finished album sounded fresh, funky and free-flowing, and the critics unanimously praised L.A. Woman. The Doors were finally redeemed. Rolling Stone’s Robert Meltzer wrote, “You can kick me in the ass for saying this (I don’t mind), this is the Doors great album and including their first, the best album so far this year. A landmark worthy of dancing in the streets.” The album went to number five in the charts and the first single, the Krieger-penned “Love Her Madly”, reached number seven and marked a return to the more commercial-sounding Doors of their debut album. 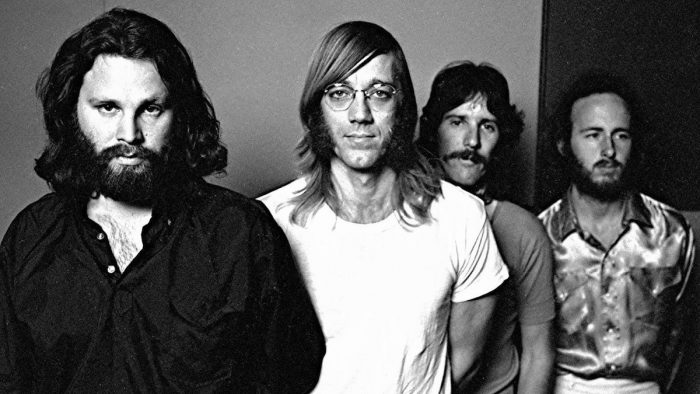 This would be the last studio album recorded with Jim Morrison. While the album was being mixed, he left the other three to take care of the job and boarded a plane for Paris. While he was away, he phoned Densmore and said he was pleased about the album’s success and said, “If they like this, wait’ll they hear what I got in mind for the next one.” Although Morrison would never get that opportunity, L.A. Woman serves as the unbridled frontman’s appropriately gritty swan song. It’s back-to-basics approach and swaggering attitude are the perfect encapsulation of The Doors’ short but sharp impact the on rock’n roll epoch.

How Has The Recording Studio Affected The Ways In Which Music...