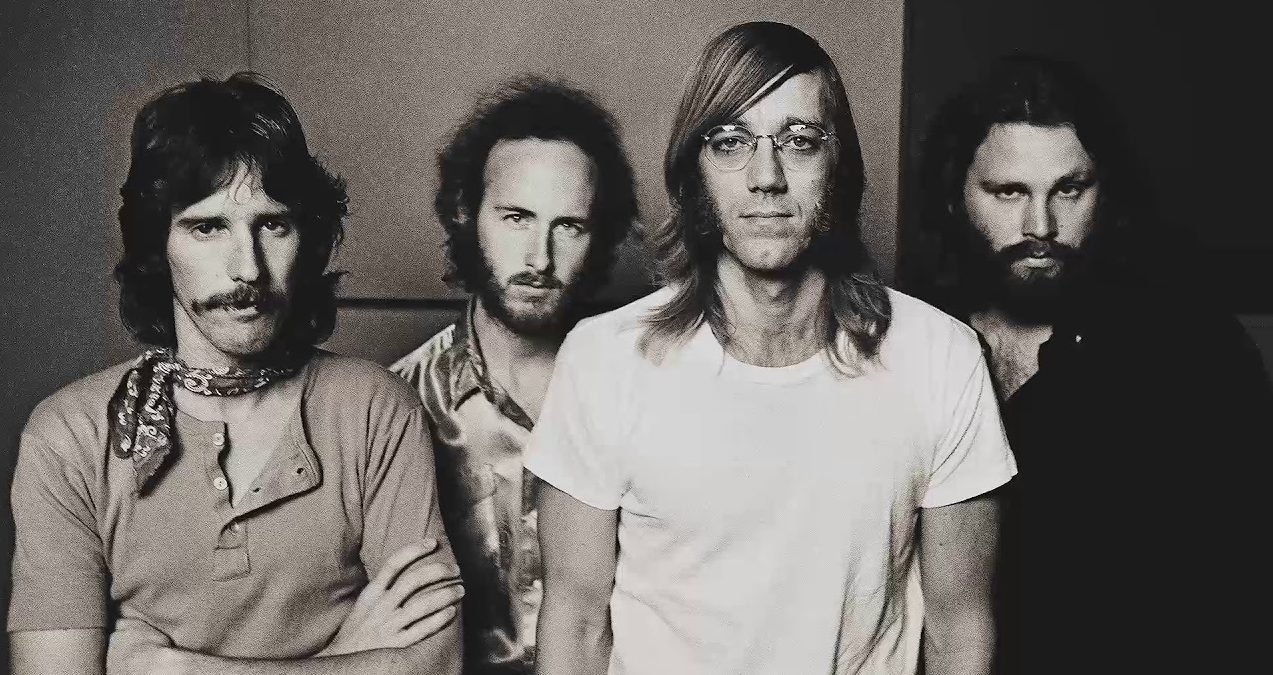 The turn of the decade was not a good time for The Doors. The end of the Sixties was marked by a series of collisions between lead singer Jim Morrison and the legal authorities. Morrison had been arrested both in New Haven, Connecticut for indecent and immoral exhibition, breach of peace, resisting arrest and in Phoenix, Arizona where he had been charged along with friend and Warhol actor Tom Baker for abuse of an in-flight attendant and interfering with the flight of an aircraft. 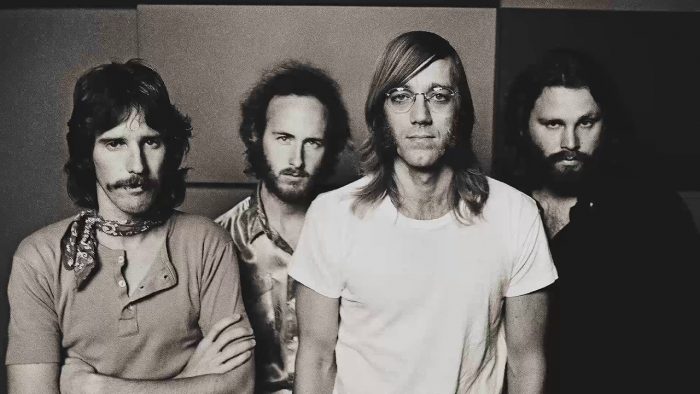 But the biggest problem was his arrest and subsequent conviction for open profanity and indecent exposure at a concert in Miami for which he was given the maximum sentence of two months for the profanity charge and six months for indecent exposure. Jim told Circus magazine, “I think that really it was a life style that was on trial more than my specific incident.”

The conviction and subsequent appeal was hanging over The Doors like a dark cloud as they were uncertain as to whether Morrison would be locked up for a long period of time. Morrison’s frequent drunken and problematic behaviour also caused other promoters to shy away from booking the group so the band was performing less and less.

Although their albums were commercial successes, critically the support had been waning with their fourth studio album Soft Parade criticised as “bubblegum music”. Morrison was also unhappy about the packaging of a greatest hits album named 13 which once again featured an old image of himself, thinner and sexier, enlarged against his bandmates keyboardist Ray Manzarek, guitarist Robby Krieger and drummer John Densmore. However, despite this sordid backdrop, The Doors still had one more album to deliver to their record label Elektra before they could negotiate a new contract with another label.

Instead of going for the heavy orchestration of their album Soft Parade, the band continued the trajectory of Morrison Hotel, their fifth consecutive gold album (which made them the first American rock band to achieve that accolade). Morrison Hotel had a stripped-back blues feel reminiscent of their Whiskey A Go Go days, and although it didn’t feature a major single, it was lauded by the critics who welcomed the band’s return to their blues roots. 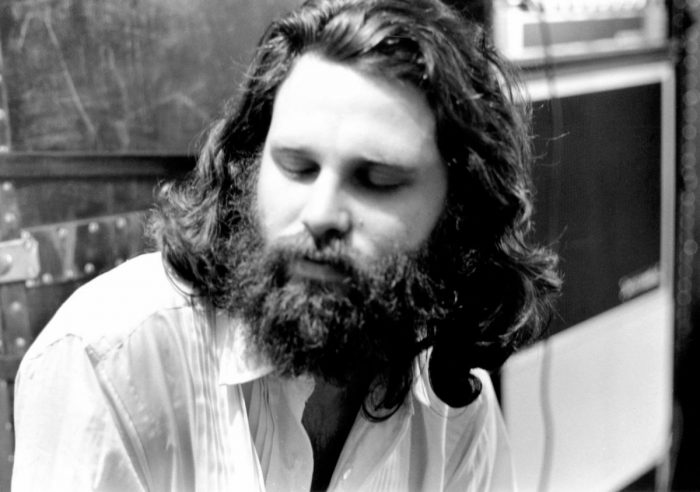 For their sixth studio effort, The Doors brought in a second guitarist, Marc Benno, and bass player Jerry Scheff who was playing with Elvis Presley’s band TCB (Taking Care of Business). They entered Sunset Sound Recorders in late 1970 with their longtime producer Paul A. Rothchild whose meticulous pursuit of perfection was starting to wear on the band. Likewise, Morrison’s behaviour and the tensions between the bandmembers began to wear on Rothchild.

After hearing their new material, Rothchild was unimpressed (enough to call it ‘cocktail music’). When interviewed for the Jim Morrison biography No One Here Gets Out Alive, he recalls telling the band, “I don’t think the world wants to hear it, it’s the first time I’ve ever been bored in a recording studio in my life, I want to go to sleep.” So the band produced it themselves along with engineer Bruce Botnick.

They recorded in their own rehearsal space, The Doors Workshop, and the work progressed quickly as some of the songs had already been written such as “Cars Hiss By My Window” which had been pulled from Morrison’s old Venice Beach notebooks and the poetry of “The WASP(Texas Radio and the Big Beat)” which had been included in a Doors souvenir book from 1968. “L’America” had been written for Michaelangelo Antonioni’s Zabriski Point but had not been used. In their early live sets, they had covered John Lee Hooker’s ‘Crawling King Snake” so that was rehearsed and ready to go. The feelings were running high and Morrison told his friends he was happy to be making a blues album.

The record would be dominated by two long compositions. “Riders on the Storm” is the closest The Doors had come to jazz and, like most of the album, allowed the three instrumentalists to display their chops with Krieger taking a cue from the country-western standard “Ghost Riders in the Sky”. Morrison makes reference to a “killer on the road” which may reference the film HWY: An American Pastoral in which Morrison starred and or the lingering sentiments left by the previous decades assassinations and Manson murders. 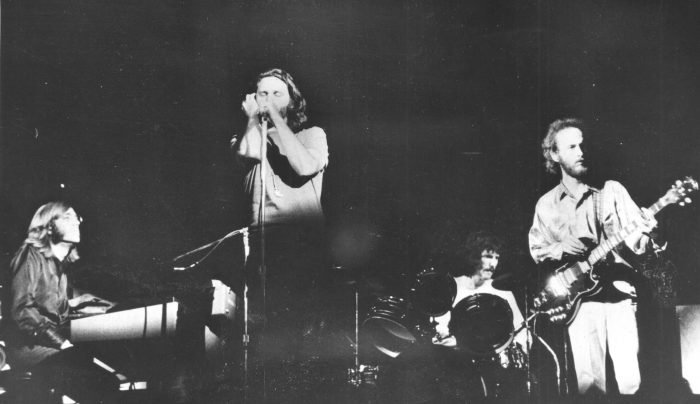 The album’s title track “L.A. Woman” is a tribute to their home city albeit it, not an overwhelmingly positive one. After being drawn to the city as a UCLA film student, Morrison was now convinced the sunny glamour of the city was just a superficial facade (although he most likely was more drawn to the city’s dark underbelly). The song chronicles one of the city’s many lost and alienated souls in a city of disease and despair. It also highlights yet another stunning instrumental performance from Manzarek, Krieger and Densmore.

The finished album sounded fresh, funky and free-flowing, and the critics unanimously praised L.A. Woman. The Doors were back. Rolling Stone’s Robert Meltzer wrote, “You can kick me in the ass for saying this (I don’t mind), this is the Doors great album and including their first, the best album so far this year. A landmark worthy of dancing in the streets.” The album went to number five in the charts and the first single, the Krieger-penned “Love Her Madly”, reached number seven and marked a return to the more commercial-sounding Doors of their debut album.

This would be the last studio album recorded with Jim Morrison. While the album was being mixed, he left the other three to take care of the job and boarded a plane for Paris. While he was away, he phoned Densmore and said he was pleased about the album’s success and said, “If they like this, wait’ll they hear what I got in mind for the next one.” This would mark the last time he would speak to any members of The Doors as he was reportedly found dead in the bathtub of his Parisian bolthole weeks later. L.A. Woman finished as Morrison’s swansong.

The Story of The Cure ‘Disintegration’