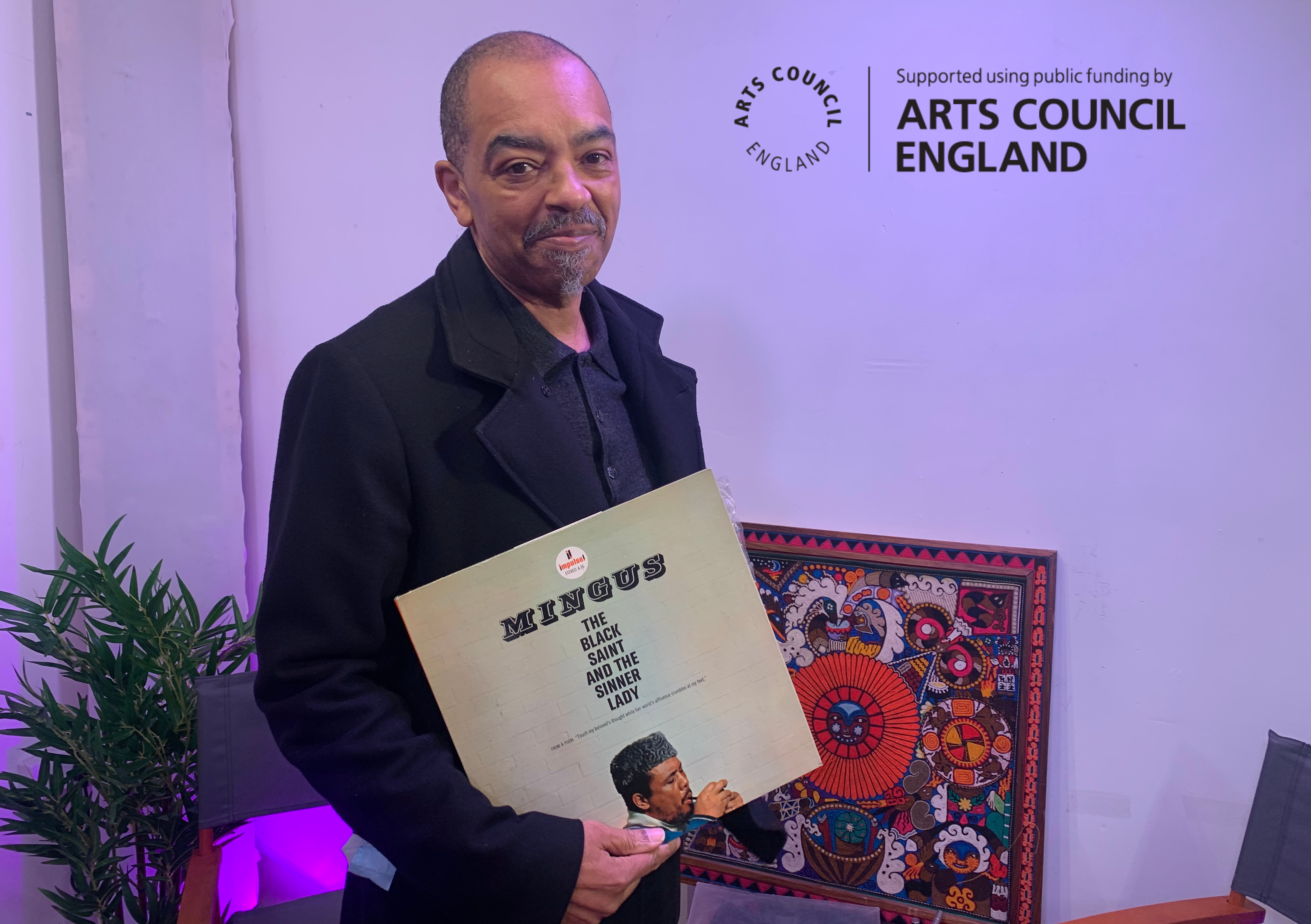 Gary Crosby OBE joins Tina Edwards for the second video in our new series ‘My Classic Album’. In this series of weekly video streams we will speak with a dynamic and diverse range of English artists, digging deep into an album that inspired them or their own classic album.

Celebrated jazz musician Gary Crosby OBE was a founding member of the group Jazz Warriors in the 80s and was awarded an OBE in 2009 for Services to Music, and in 2018 became the first jazz musician to be awarded the Queen’s Medal for Music. He here digs deep into one of the albums that influenced his career the most, Charles Mingus’ The Black Saint and The Sinner Lady.
‘My Classic Album’ is a series of free-to-view artist interview streams created with support from the Arts Council England Cultural Recovery Fund. Future interviews will feature artists such as Moses Boyd, Nitin Sawhney, Goldie, Black Midi and many more.
Join our monthly Album Club, Classic Album Pub Quiz, Safe & Sound Hi-Fi webinar and receive rewards here.

Safe & Sound: How To Set Up a Turntable with Moorgate...