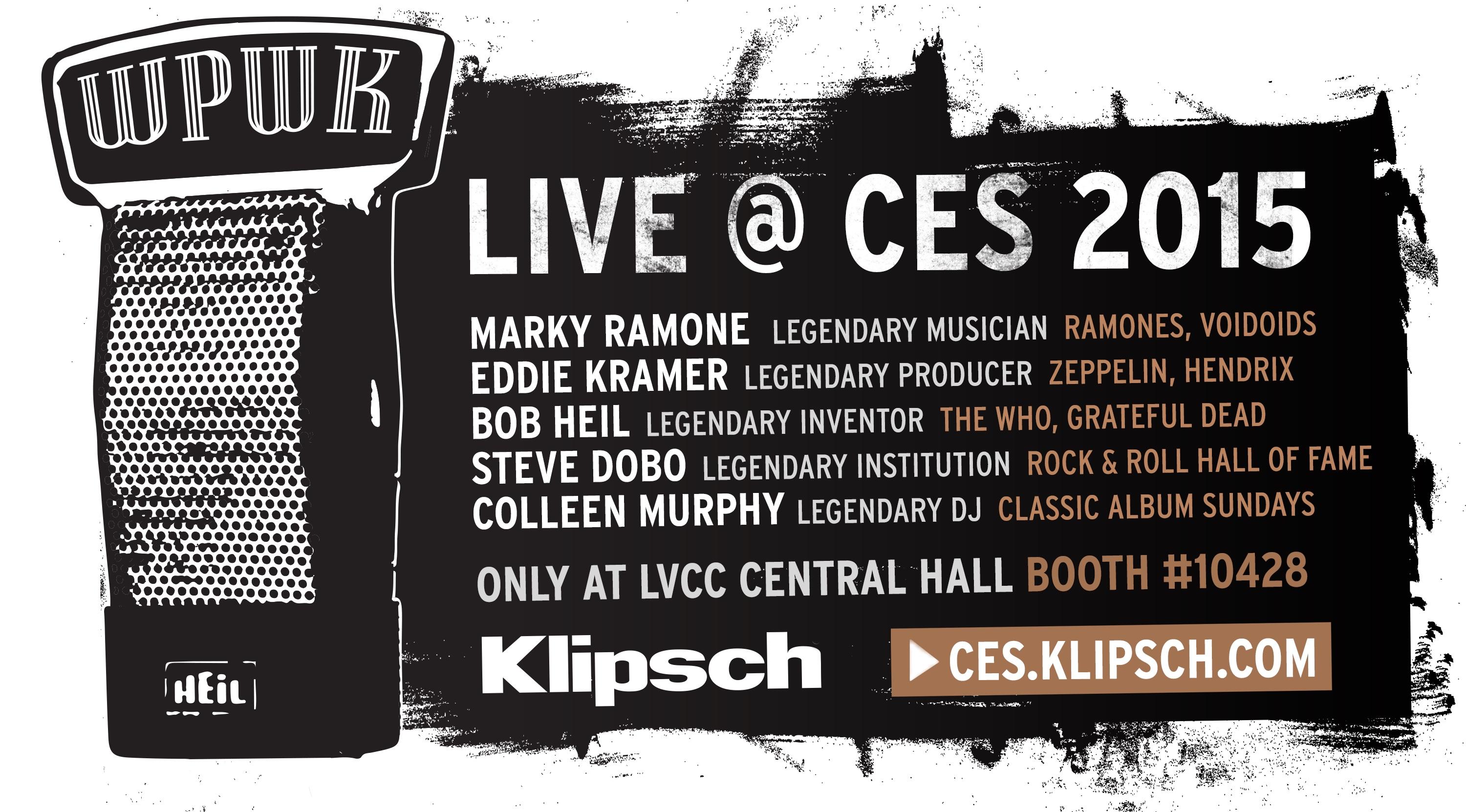 We’re super excited for Colleen to be hosting Klispch Audio’s radio station WPWK Radio, broadcasting live from a booth within the Klipsch exhibition space at the Consumer Electronics Show for the duration of the show, January 6th to the 9th.

Colleen will be joined live on air by music icons Marky Ramone, legendary producer and engineer Eddie Kramer, Bob Heil of Heil Sound and Steve Dobo of the Rock and Roll Hall of Fame. To get us in the mood Colleen has curated a tribute playlist for each, check them out now and don’t forget to turn it up Loud and Proud!

What can we say about legendary Ramones drummer Marky Ramone, the man who knows more than most about a 1,2,3,4 intro! The playlist below reflects music taken from The Ramones heyday and music inspired by inconic NYC nightspot CBGB.

Legendary producer Eddie Kramer has engineered and produced some of the most classic albums of all time including seminal works by The Beatles, Led Zeppelin and Jimi Hendrix. Here Colleen has taken a look back at the greatest works from Eddie’s canon including rock anthems such as Zeppelin’s ‘Whole Lotta Love’ and The Kinks ‘Picture Book’.

Inventor Bob Heil may not be a name many will recognise at first, but his work will be known by most. Heil inadvertently put together one of the first rock PAs when the Grateful Dead stopped in St. Louis and went on to invent the legendary Heil Talk Box which created the sound of Peter Frampton’s ‘Show Me The Way’.

Steve Dobo from the legendary Rock and Roll Hall of Fame will be joining us to discuss the museum and what it takes to get inducted! Next year’s nominees spanned from the booty-shakin’ hip hop of NWA to dunkers Chic (their ninth nomination!) to indie kingpins The Smiths to electronic pioneers Kraftwerk.