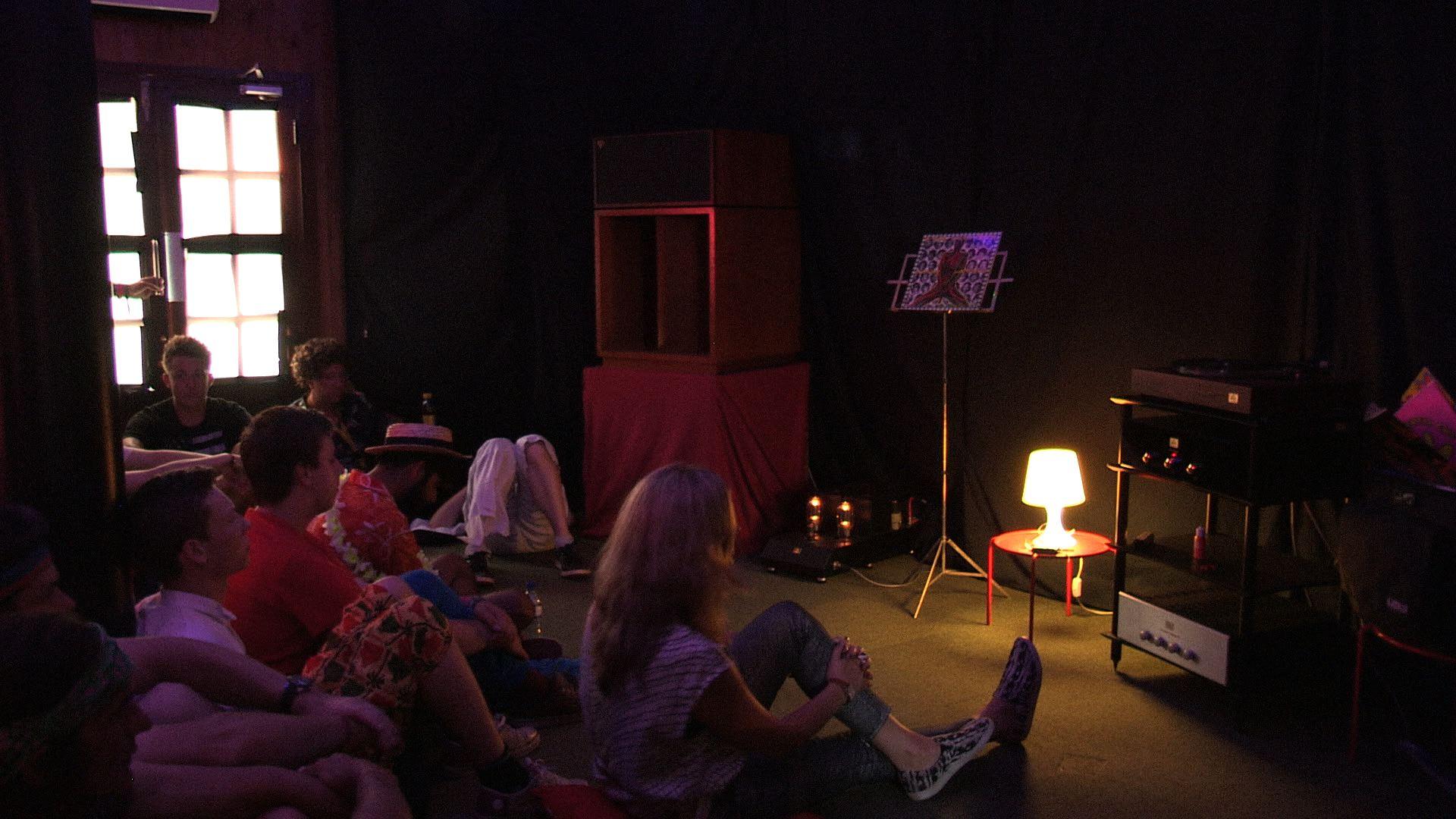 “By far the most impressive addition to this year’s festivities was the intimate and touching Classic Album Sundays experience presented by Klipsch Audio in the Ambient Forest. Here hoards of the festival’s more mature and weathered pundits congregate to listen to an uninterrupted replay of their favourite albums on vinyl through one of the best hi-fi systems the world can offer. Queues in the forest began up to half an hour before each playback, but the crystal clear clarity of every nuance and every detail in each and every song played made the wait worth it.”

Well, we couldn’t have said that better ourselves! What an amazing time we had in our treehouse and thanks to all who joined us for some heavy duty classic album listening on our mighty hi-fi of Klipsch La Scala II Loudspeakers and Audio Note valves.

Things sure got steamy at our packed daily sessions (note to self: next year brings fans!). Our room was pretty tight but the sound was even tighter and luckily there was enough room on the balcony for fans to hear their favourite albums if they were unable to squeeze inside.

We featured a great array of guests including DJ Yoda who gave us the 4-1-1 behind A Tribe Called Quest’s ‘Midnight Marauders’ (and why he chose that biscuit over ‘The Low End Theory’) and Horse Meat Disco who reminded us why Miss Ross is indeed The Boss who set the stage for Donna Summer, Madonna, Beyonce and Lady Gaga.

We were also joined by reggae-punk cross-pollinator Don Letts who told us the story of how he befriended Bob Marley and why ‘What’s Going On’ deserves its place as one of the most classic of all albums. Don and Colleen had quite the show going on!

We also succeeded in our aim to cover the treehouse with album suggestions from the punters. We take these suggestions into account when we program our events so the ideas were very welcome (and very interesting).

Now we’re back on the mainland and already hoping to set sail to Bestival 2015. Thanks for listening.