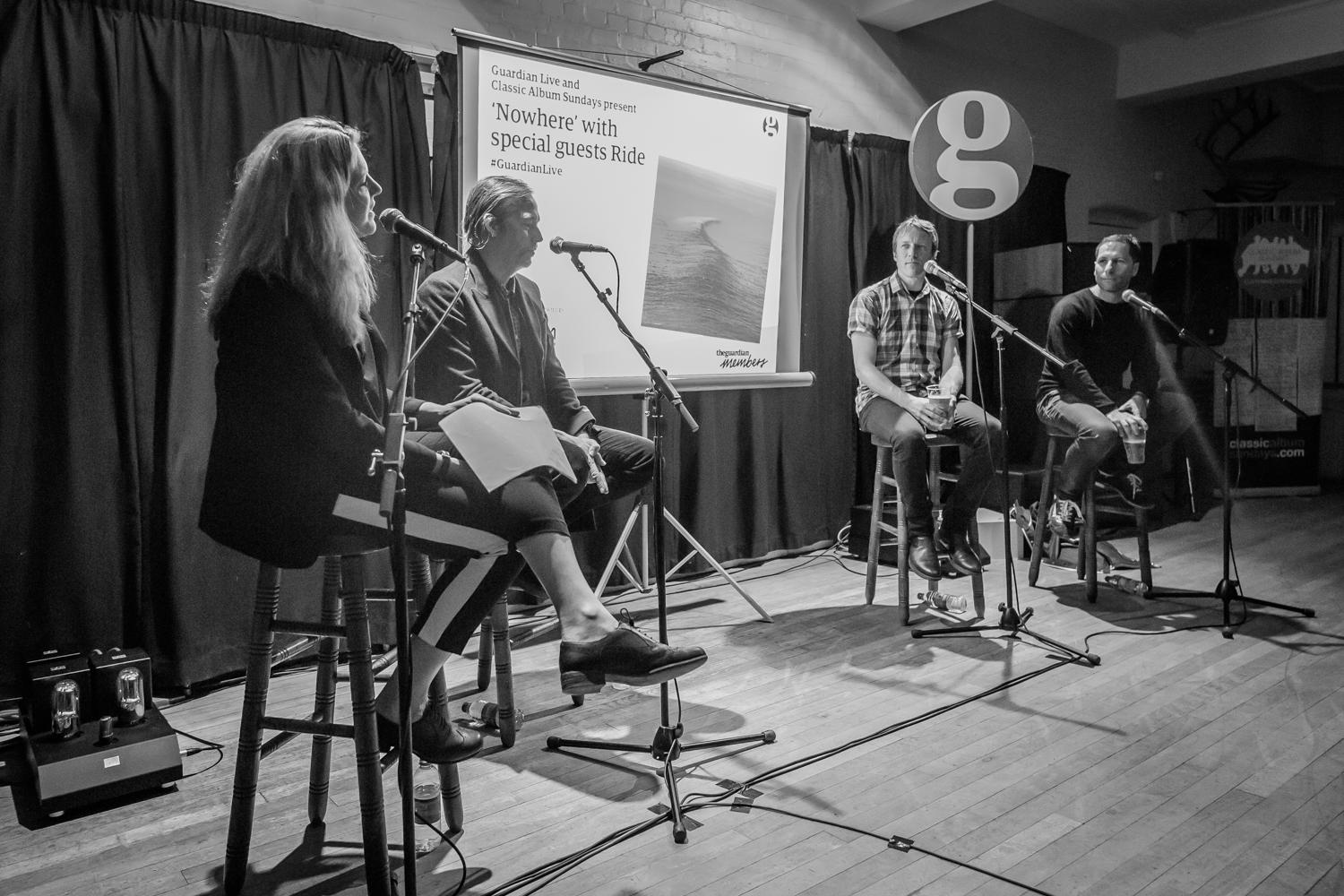 On the 7th of September we celebrated the 25th anniversary of Ride’s debut album ‘Nowhere’ with The Guardian live. We were fortunate enough to be joined by the band who gave us fantastic insights into the recording of the album and the emotions a group of young lads from the north had when dropped into a recording studio and told to do what they wanted.

Andy Bell told us about how the band formed over a love of The Smiths and how the others originally liked him because he knew how to play one of The Smiths songs!

We would like to thanks Audio Note who were our audio partners for the evening and provided a fantastic sound system which sounded fantastic.

Also, many thanks to Shaun Gordon for supplying us with these fantastic photos.