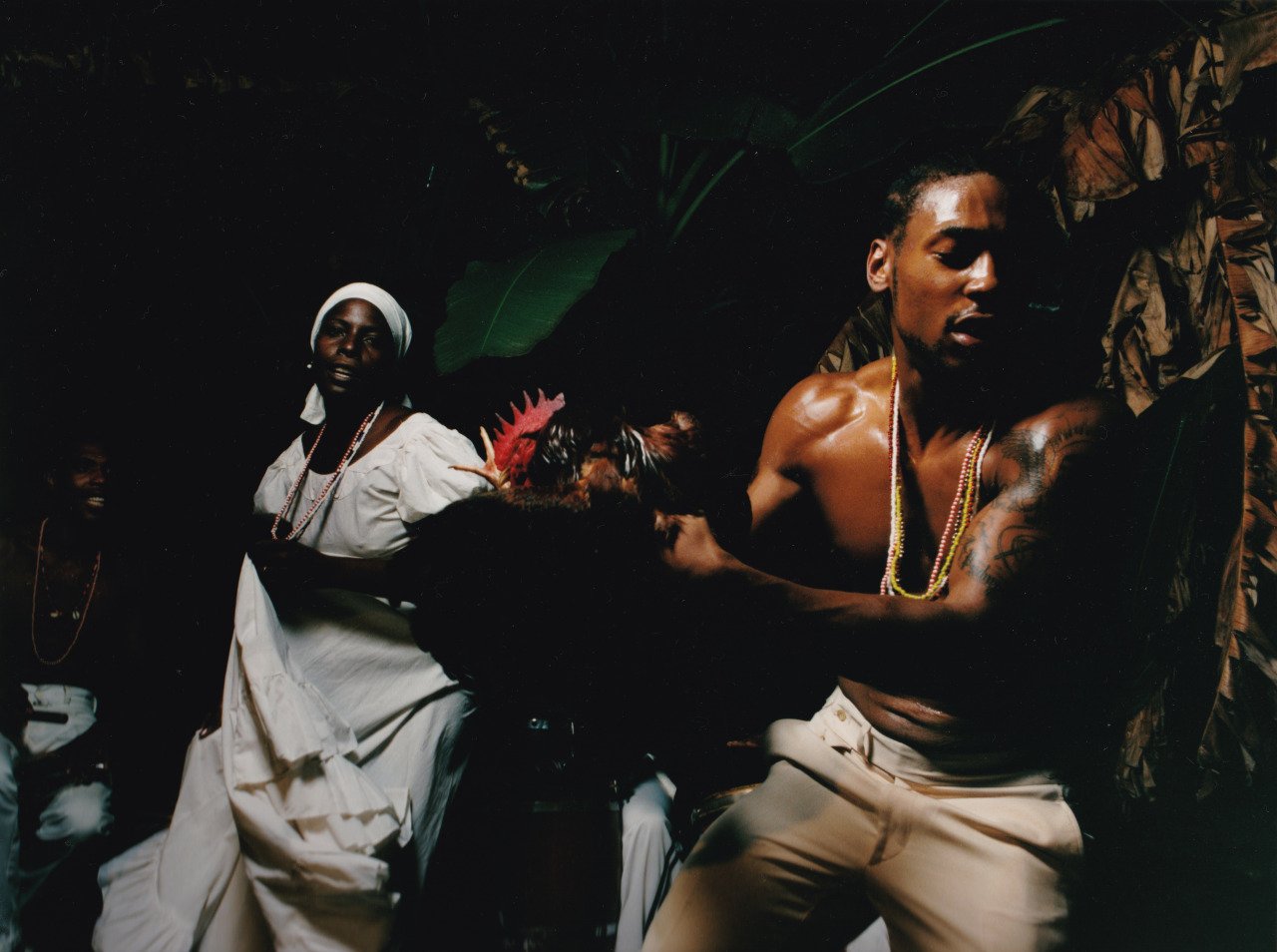 The experimentation featured on D’Angelo’s Voodoo has sparked dozens on artists to think outside the box and donate their own unique flavour to soul music. Take look at how these artists make a refreshing mark on modern R&B.

Thundercat is the bass virtuoso of modern R&B. His complicated bass lines reach the deepest funk possible, something that D’Angelo accomplished on the Rhodes keyboard. “Them Changes” is a major highlight from his catalog and features Flying Lotus and Kamasi Washington, two musicians that push the boundaries of jazz in their own way. The song explores dark and enlightening moods and is guaranteed to give you bass face.

Maxwell and D’Angelo were icons of the neo-soul movement in the late 90s and early 2000s. While D’Angelo segregated himself from the music world for fourteen years, Maxwell has consistently released beautifully organic soul records since 1997. “Cold” is a cut from his 2008 album, BLACKsummer’snight, and gets its oomph from horns and rock instruments, similar to the grooviest cuts on Voodoo. The lyrics illustrate Maxwell regretting decisions he’s made and his lover’s vicious response to them, provoking him to ask “how can you be so cold?”

Those horns follow José James into similar neo-soul territory with “Trouble”. Jose James applies D’Angelo influence into a more jazz-inspired approach. His rhodes playing on is smooth and twinkles just like D’Angelo’s cover of “Everybody Loves the Sunshine”.

NwWorries – What More Can I Say

J Dilla is a major player on  D’Angelo’s Voodoo that paints with gorgeous soul samples to give it vintage texture. Knxledge, the producer behind NxWorries, provides a similar quality to their 2016 debut, Yes, Lawd!. On “What More Can I Say”, he features a remixed cut from The Notation’s song of the same title that could fit into the tracklist of Dilla’s Donuts. Anderson .Paak sings over the track about finding love with many women in a soul and goofy manner.

The bold bass line that leads Frank Ocean’s “Pink + White” is reminiscent of Pino Palladino’s brilliant bass lines on D’Angelo’s Voodoo and Black Messiah. Frank Ocean’s language of love wouldn’t be the same if it weren’t for D’Angelo. Here, Ocean laments his life struggles, like learning how to accept himself, living through Hurricane Katrina, and experiencing a relationship going downhill. He utilizes Beyonce as a background vocalist to give the track a heavenly conclusion— it would be great to hear her used in this way more often.

What makes Beyonce’s self-titled album so shocking is its blunt sexuality. Songs like “Rocket” and “Blow” are explicit and daring for a mainstream pop star, but she flaunts her beauty seductively. “Rocket” feels like you’re sitting in the middle of her bedroom during an intimate evening, especially when watching its music video, and sounds like it could have been featured on Voodoo sixteen years ago.

Jai Paul is the D’Angelo of the 2010s— he’s only released two official singles, and after an album of demos was leaked in 2013, he disappeared from the public eye and has rarely reappeared since. As a huge fan of his rigid and funky R&B flavor, it’s heartbreaking not to hear more from him, and many fans felt the same way (myself included) as they waited for his follow-up to D’Angelo’s Voodoo, Black Messiah. The production of the track features some common attributes of most R&B music today, which is powered by left-field electronic instrumentation.

Miguel’s Wildheart is one of the edgiest R&B albums in recent memory— the entire album is loaded with lust and sexual temptation. He appears naked on the album’s artwork like a sex god, just as D’Angelo appeared in the music video for “Untitled (How Does It Feel”. He wants to make love all night on “waves”, where he sees his lady as a body of water for him to explore.

D’Angelo exposes his complicated feelings of love on Voodoo. “OnMo’Gin” highlights how he feels about a relationship that didn’t work out but could possibly remerge— they made each other happy in their time together, and he would revisit those feelings, if given the chance. Erykah Badu expresses similar wishes on “Gone Baby, Don’t Be Long”. She has strong feelings for her current fling but isn’t sure if it’s love or lust, as he appears to be difficult to tie down. Instead of responding with disappointment, she croons sweetly of his bright future and hopes he will come back around, singing “Ooh, I can’t wait to see what you’ll be. I’m gon’ be here cause I believe, so gone, gone, baby.”

Hiatus Kaiyote brings one of most kooky forms of neo-soul to the table with their fantastic sophomore album, Choose Your Weapon. They blend jazz, experimental, R&B, electronic, and funk music to bring their contribution of the future soul movement in the UK to life. “Fingerprints” is a simple ballad that echoes D’Angelo’s influence with its beautiful vocal harmonies and Rhodes playing.

Jamie Lidell – She Needs Me

UK-based vocalist Jamie Lidell could be considered as another player in the future soul genre. Each of his albums reinterprets soul in diverse ways, but his bold and stunning tenor remains impressively consistent. “She Needs Me” is a highlight from Compass, which has a nasty flanger effect on its bass that hits you right in the chest when he sings about the love of his life.

DVSN was introduced to the world with “The Line”, a slow-burning R&B track that gradually gains momentum until its epic conclusion, just like Voodoo’s “Untitled (How Does It Feel)”. Both vocalists sing about commitment in their respective track— D’Angelo strips down to lure his lover into loving submission while DVSN begs for the truth — will his partner stick around or leave him hanging and broken?