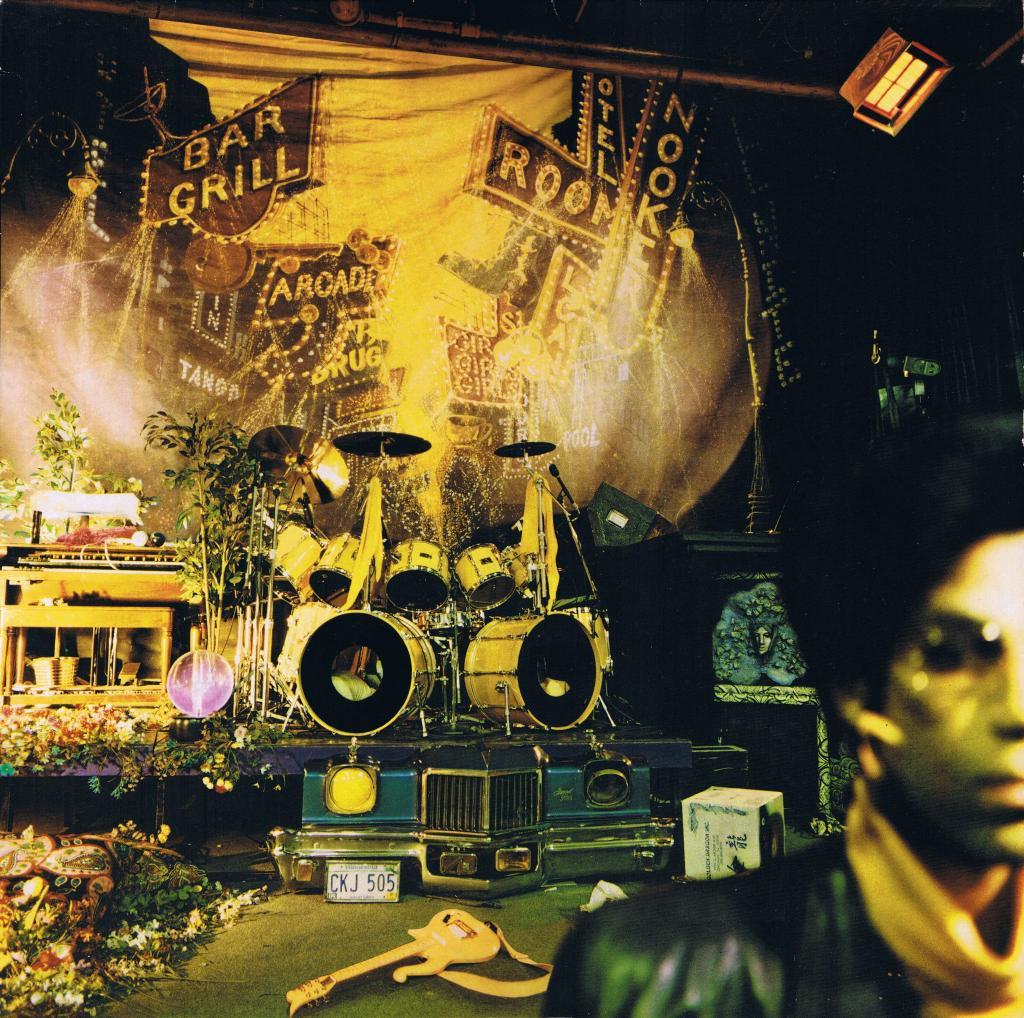 For our final session of the year we decided to end in style, with not only a classic album, but a classic double album by a classic artist. We are going purple for December as we are featuring Prince Sign o the Times.

Following on from 1986’s Parade, Sign o the Times is the first release from Prince after eight albums with The Revolution. The departure from his band allowed Prince even more freedom in the studio and time to experiment. Initial plans for a triple LP project were balked at by Warner Bros (a fact that would later result in Prince publicly refusing to work and branding his deal “a slave contract”) and he was forced to scale back his plans to a mere double LP. The Linn LM-1 drum machine and Fairlight CMI feature heavily throughout the album, as do other effects that were being experimented with heavily at the time such as sped up vocals resulting in the arrival of Camille, Prince’s alter ego.

The album itself is a contrast of emotions, upbeat with a heavy nod to the dancefloor in places. ‘I Could Never Take The Place Of Your Man’ is the perfect example of the marriage between rock and dance music that was so incredibly popular at the time, whilst the album also features dark undertones, even if at first it isn’t obvious. Rolling Stone contributor Toure remarked, “In 1987, when Prince’s double-album masterpiece Sign o the Times was released, no one had to be told he was talking about AIDS. The title track syrups on, mentioning crack and nuclear bombs — painting the Eighties as if Revelations had arrived and no one had realized. The direct political address recalls Marvin Gaye’s What’s Going On, but where Gaye was pleading for change, Prince is mournful, desolate and sadly accepting.”

Listening back to the album now, it is still fantastic in all the right ways, perhaps not as immediately gratifying as Purple Rain, but an album that feels like it was laboured over and given the attention it deserves. Whilst reviewing the album for it’s 25th anniversary Tom Brielhan noted, “It crystallised all the artistic experimentation of those previous two albums into something huge and tangible, displaying Prince as a musical adventurer without equal. Prince tries out a ton of different musical ideas on the album, and he nails almost all of them. It’s a thing to behold… Sign o the Times is probably Prince’s most complete piece of self-presentation, the best possible example of how he wanted the world to see him. It’s an absolute essential.”

For our events in London and Brighton we will also be joined by our special guest, Prince biographer Matt Thorne who’s book simply entitled ‘Prince‘ would make a fine Xmas present for anyone!

Join us in December for what will be a fantastic evening, and please remember as this album is a double album, to arrive to the event on time.

Audio Menu: The full soundsystem for this event will be provided by Audio Note.