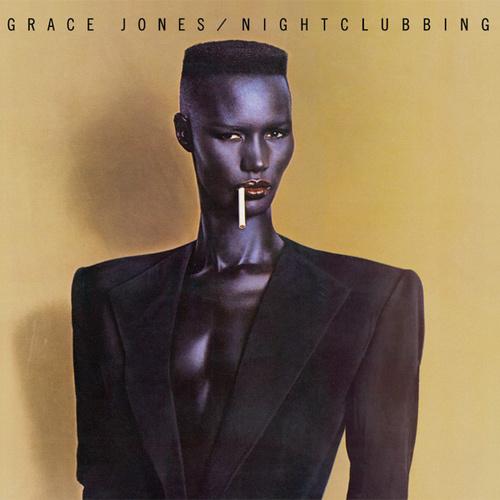 Grace Jones recorded her fifth album (and her second New Wave inspired departure from her 70s disco recordings) in Bahamas with a stellar set of musicians known as the Compass Point Allstars. The musicians included Jamaican chart toppers, Sly & Robbie, keyboardist and silent member of Level 42, Wally Badarou, among others all under the direction of Island Records founder, Chris Blackwell and in house label producer, Alex Sadkin. The 9 song collection, 3 of which Grace co-wrote, became the biggest selling album in the Grace Jones catalog and features her most successful US single, “Pull Up To The Bumper”. Fashion, Art and Music became one and left a heavy impression for many future pop and rock superstars to take note of.

This is a special Gay Pride edition so put some Grace in your face and in your ears as we celebrate the brand new remaster of this classic club/new wave/punk funk/R&B/80s disco classic! Join us first to listen to music by The Police, Iggy Pop, Tom Tom Club among others along with the album’s newly released bonus material which also includes 4 tracks never before heard until now followed by the story of the album. Then the lights go down, the volume goes up and we play the album from beginning to end on vinyl on our audiophile hi-fi sound system. Listening guidelines apply.

Tickets: $8 on the door and available here.

The Story of Michael Jackson ‘Off the Wall’